Valentine’s Day at the Moulin Rouge 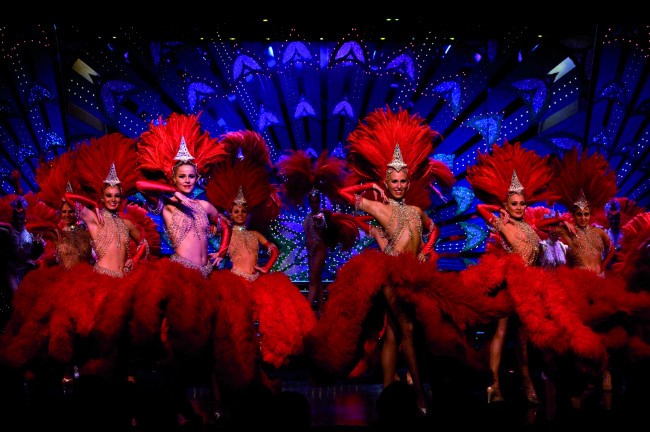 Even before the Moulin Rouge’s theatre lights are dimmed and the curtain is raised, you know you’ve set foot in a maison drenched in history, a Parisian icon. The world-famous cabaret’s current show, Féerie, takes audiences through a dizzying array of tableaux; whisking you from an exotic Indonesian dreamland to a circus big top, with clowns, acrobats and jugglers. The colourful sets, smoke machine effects and syrupy, synth-driven pop ballads are unapologetically kitsch but there’s never a dull moment in this fun-filled spectacle.

That’s mostly down to a talented, international troupe of 80 dancers and performance artists decked out in dazzling costumes awash in feathers and sequins. But with the Moulin Rouge’s reputation as the spiritual birthplace of the can-can, the highlight is surely this quintessential Parisian number, with the cabaret’s Doriss Girls clad in the red, white and blue of the tricolore as they perform synchronised high-kicks and flips.

This Valentine’s Day, seduce your amoureux with a special menu concocted by Chef David Le Quellec, accompanied by a bottle of rosé champagne, before a pre-show twirl on the dancefloor with music by the Moulin Rouge orchestra.