The Verdun Memorial Museum to Reopen after Major Renovation 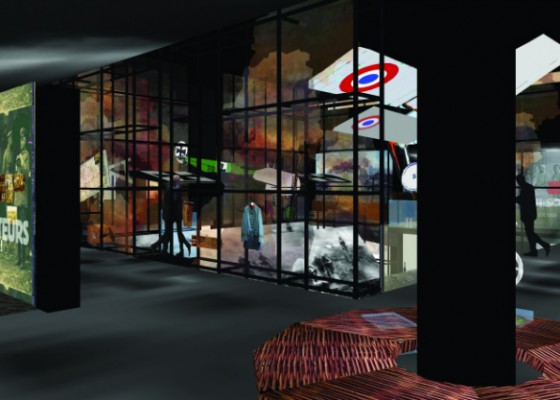 One hundred years ago, the battle began. The fighting around Verdun, in northeastern France, a city protected by a ring of underground forts, is still considered by military historians as the most demanding and lengthiest engagement of any conflict. It first ignited with a German attack on February 21, 1916, and lasted 300 days. Shortly after it started, because of the heavy bombardment fragmenting the trenches into sections, the confrontation took on a life of its own, with small groups of men on both sides, sometimes cut off from their officers, locked in localized clashes in a constant struggle to hold the territory they occupied. In the final tally, the lines were nearly the same as when the battle started, but more than 300,000 French and German soldiers had lost their lives and a further 750,000 were wounded.

The battle of Verdun symbolized the solidarity of an entire nation. According to historian Stéphane Audoin-Rouzeau, you can’t understand France without understanding Verdun. “It is a place of identity, of ‘France-ness’,” he writes. “In the eyes of French soldiers, the battle was a defence of their women, wives, children, religion, and their French soil. There was no battle before, and no battle after, which was so important in the French memory.” French soldiers in the trenches during the Battle of Verdun. photo: ©Memorial Verdun

To mark the centenary of the battle, and after more than two years of extensions and renovations, the new Mémorial de Verdun opens its doors. The building, by Brochet Lajus Pueyo architects, with a layout designed by the Le Conte-Noirot Agency, has added 1,900 sqm of space at an investment of €12.5 million.

Visitors follow in the footsteps of a French soldier heading for the front. All the museum’s founders were ex-servicemen who had fought at Verdun, and it was their idea to create a replica of the battlefield as the central exhibit, and now this replica has been extended with a new audiovisual display. There are everyday objects used by the men, set out in bare wooden display cases, giving visitors a different view of the battle, including what went on behind the lines, the role of aviation in history’s first battle of the skies, and the heroic part played by the medical teams.

“A tour of the Memorial Museum leaves a lasting impression,” says curator Edith Desrousseaux de Medrano. “Visitors are brought face to face with history, and with those who shaped it beneath the shells and in the mud of Verdun.”

TIP: The official ceremony marking the centenary of the Battle of Verdun will take place on May 29, 2016 as part of a year-long programme of commemorations. Full information on www.verdun2016.org

Previous Article Valentine’s Day at the Moulin Rouge
Next Article Exploring the Ancient Vineyards of Burgundy, Now Classified by UNESCO