The Best Eggs in France (And How to Cook Them) 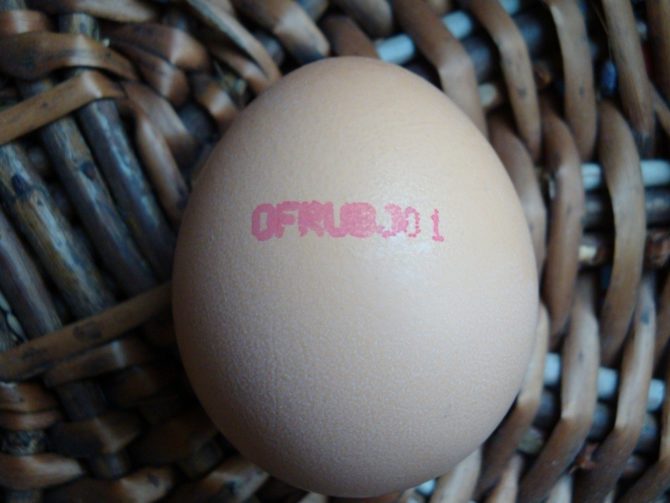 Eggs are no small matter in France. Many times, in my small town in Normandy, instead of a bouquet of flowers or a good bottle of wine, dinner guests have proudly presented me with a dozen eggs from their very own chickens. My friend Annie marks each egg with the date it was laid, then carefully wraps it in newspaper. Opening a carton of her eggs is like Christmas—each egg is a different shape, a slightly different color, and each has her bold writing on the side.

Dating eggs is important, according to Annie. “You want eggs to sit for a few days before you eat them,” she says. “They shouldn’t be too fresh.” Eggs that are too fresh are edible, of course, but the whites are tough, and the yolks break almost instantly.

I often buy eggs from small farmers at the market who, like Annie, pencil the date on the side of each one. Sometimes there’s no date but smears of mud and a stick or two of hay from the barnyard. Common wisdom says eggs shouldn’t be washed. French regulations agree, because washing removes a protective coating on the shell; instead, a simple wipe is counseled for a smudgy egg.

At the French supermarket, where eggs sit unrefrigerated, they are stamped with the date and a code. The date ensures freshness—in the
French eye, any egg produced within the past 28 days qualifies as fresh. The series of eight tiny numbers and letters in the code tells the
consumer everything necessary about the egg. The first number indicates how the egg was produced: 0 is organic, 1 is barnyard raised; numbers after that aren’t of interest to anyone looking for a good egg! Two letters after the numbers indicate the country of origin, followed by a code that belongs to the farm where the eggs were produced.

The question of refrigeration is a confused one in France. They are sold unrefrigerated, yet the French equivalent of an Egg Board counsels refrigeration. Common wisdom—which I follow—has eggs sitting in a pretty holder on the kitchen counter. Most French kitchens are very cool; most French eaters consume eggs regularly throughout the week—to the tune of some 250 eggs per person per year—so they don’t have time to spoil.

While eggs from the supermarket in France are usually of very high quality, I have always bought mine at the farmers’ market, from the often gnarled hands of the person whose chickens produced them. Like most foods, eggs have seasons, so occasionally my favorite producer—for years it was a tiny farm woman with hands like slabs of wood and skin like fine aged leather—wouldn’t have any to sell. I learned to case the market for eggs, always surprised to discover once again that they had a season.

I’d usually find what I needed; occasionally I’d return home empty-handed. My favorite fallback for a time was another tiny French farm woman, whose hands weren’t gnarled, and who was well dressed and coiffed; she turned out to be a trickster, purchasing her eggs from a wholesaler. In fact, the whispers around my farmers’ market are that most people who sell eggs there actually buy them from a local “factory”.

Once I learned this, I became an egg detective, trusting only those I knew, like my friend Annick, who produced foie gras but who would, very occasionally, come to market with contraband eggs. I say contraband because she wasn’t licensed to sell eggs, an only a handful of her customers were in on the secret. She charged a fortune, and when I’d get home and open the box I’d find every size and hue of egg. They were useless for recipe testing, but true heaven on the plate!

My egg worries ended about three years ago when the Egg Man arrived at the market. A serious fellow with a wool cap worn low over his eyes, he sets up a card table, puts four wicker baskets on it, and fills each to the brim with eggs. He sets out a plasticized sheet that explains the French numbering system, and another with pictures of him in the barnyard collecting eggs, and proceeds to sell every single egg he brings. I like his “large” eggs, which are sometimes very, very large, and I have to get there early because many others share my taste.

Mr. Egg Man has a hard time seeing his eggs leave his nest; “You’re sure they’re settled and not crushed in your basket?” he worries. “Would you like a separate bag?”

Once I get the eggs into the kitchen, there are a million places to take them. One of my favorites is the simple soft-boiled egg, which I learned to make to perfection in France, since it is a very popular simple meal here. The eggs are put into cold water and, after it comes to a boil, left in for three minutes —no more! (Unless, of course, you have a particularly huge egg, which will require another minute or so.)

Then the eggs are served in egg cups, accompanied by a pile of narrow sticks of buttered toast called mouillettes. Each person gets two eggs, the mouillettes go in the center of the table, and once the tops of the eggs are lopped off, the sticks are dipped into the drippy, molten yolk. Butter, toast, egg yolk and, finally, tender egg white—yum!

A final note: When my kids return from a visit to America, where they indulge with delight in bacon and eggs for breakfast, they recount this particular meal to their friends who recoil in horror. “Beurk! (yuck, more or less) Eggs for breakfast?” The French eat eggs for lunch and dinner only.

1. Whisk together eggs and salt in a large bowl just until they are broken up. Mince the mint and whisk it immediately into the eggs along with the cheese. Season lightly with hot paprika.

2. Heat oil in a 9-1/2 inch nonstick skillet over medium-high heat until hot but not smoking. Add mushrooms and garlic and cook, stirring, until mushrooms give up their liquid, 3 to 5 minutes. Season with salt and pepper and continue cooking until most of the liquid has evaporated. Transfer to a bowl.

3. Return skillet to heat and add an additional tablespoon of oil. When it is hot but not smoking add the eggs, which will puff up, and cook, using a spatula to pull the eggs back from the edges of the skillet, allowing the uncooked egg to run out to the edges. When the omelet is evenly set on the bottom but there is still a fair amount of uncooked egg on top, add the mushrooms, spreading them evenly over the omelet.

4. Cover pan and cook until the omelet is nearly but not quite solid, and there is still some liquid egg, about 4 minutes. Turn out onto a serving platter. Garnish with mint, and serve.

Susan Herrmann Loomis teaches cooking classes in Normandy and Paris. website. The latest of her ten books, Nuts in the Kitchen, is published by HarperCollins. Find it in the France Today Bookstore.