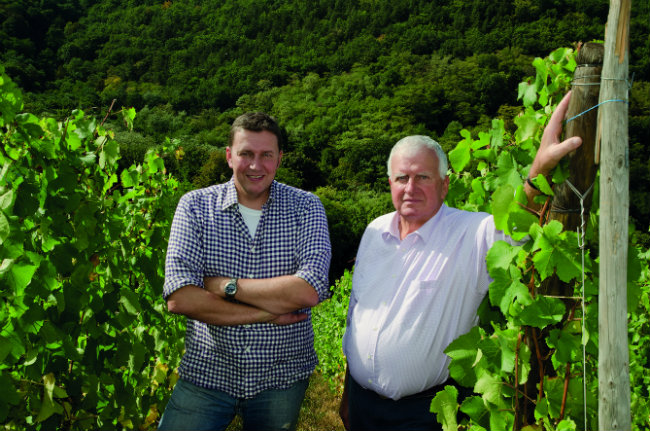 Alsace produces some of the most distinctive wines of France, and some of them are very good indeed

Created in 1959 from the union of two families with 17th-century winemaking roots, today Zind-Humbrecht is managed by Olivier Humbrecht, France’s first ever Master of Wine. www.zindhumbrecht.fr 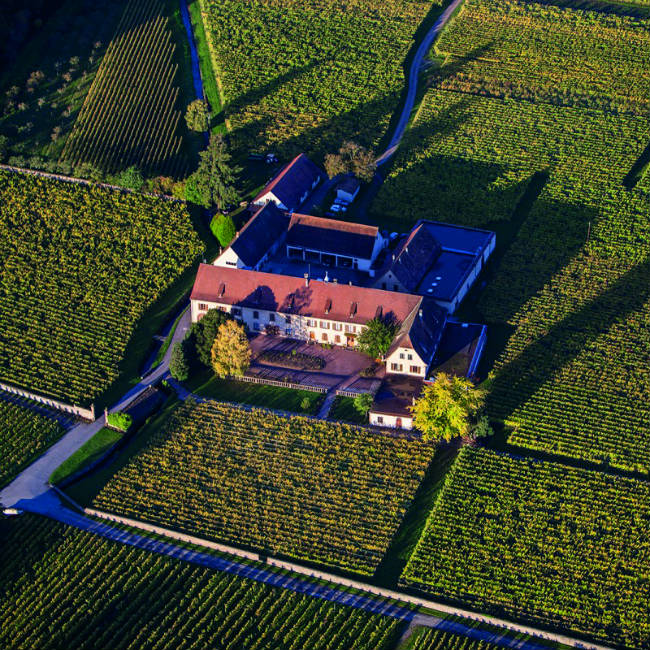 Weinbach translates as ‘River of Wine,’ and this ‘river’ flows through an estate at the foot of the majestic Schlossberg (‘Castle Hill’). Famous for its Grand Cru Riesling, its wines were first mentioned as far back as 1363. www.domaineweinbach.com 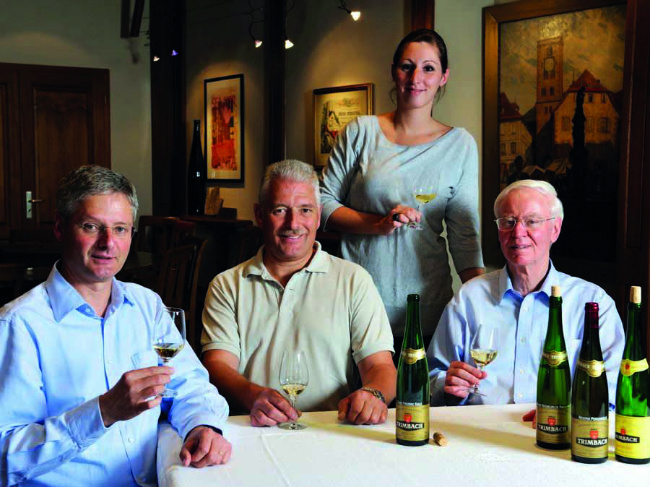 The wines of Domaine Trimbach are Alsace’s most aristocratic, defined by elegance, balance and purity. Now run by the twelfth generation of the family, the label is known internationally for quality and constancy. www.trimbach.fr 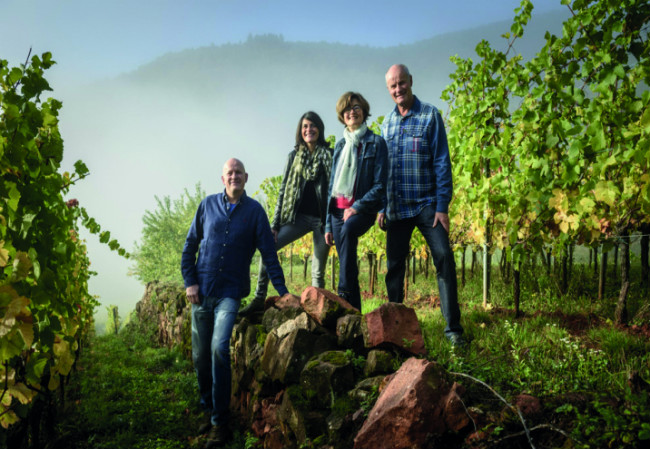 In 2012 La Revue du vin de France named Maurice and Jacky Barthelmé – the progressive, exacting owners of this fine estate – winemakers of the year. Jacky works in the cellar, while Maurice manages the vineyard. www.albertmann.com 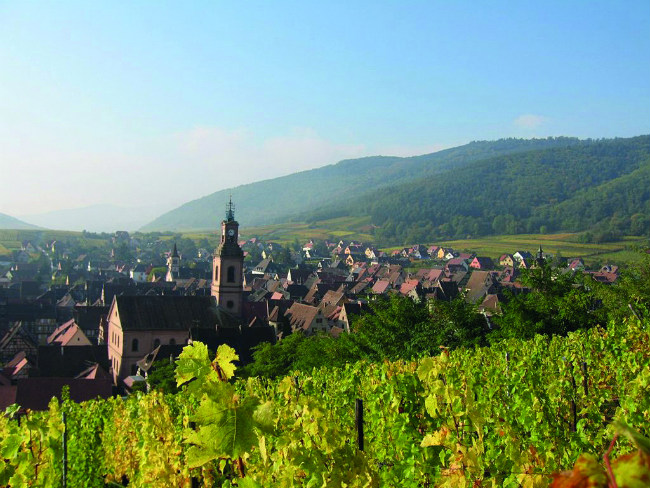 Jean-Michel Deiss sublimates his terroir with organic viticulture, oenological innovation and zeal. For wine critic Robert Parker, “no one argues the case for terroir more passionately than Marcel Deiss.” www.marceldeiss.com 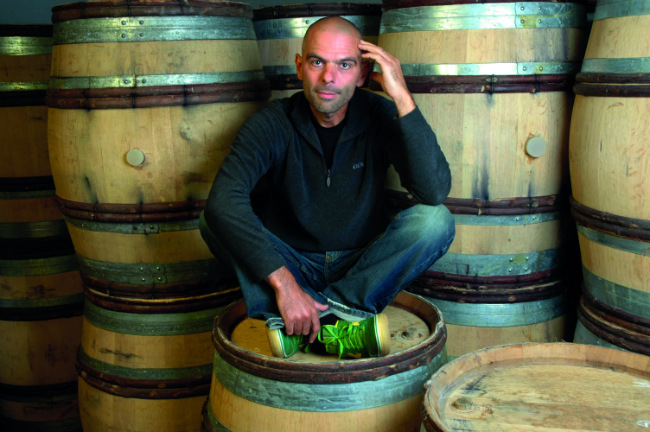 Usually, Bas-Rhin wines are lighter than those of the Haut-Rhin, but rules don’t apply to André Ostertag, who classifies his thrilling wines based on their dominant character: fruit, stone, or time (noble rot). He may even use new oak barrels.
Tel: +33 (0)3 88 85 51 34 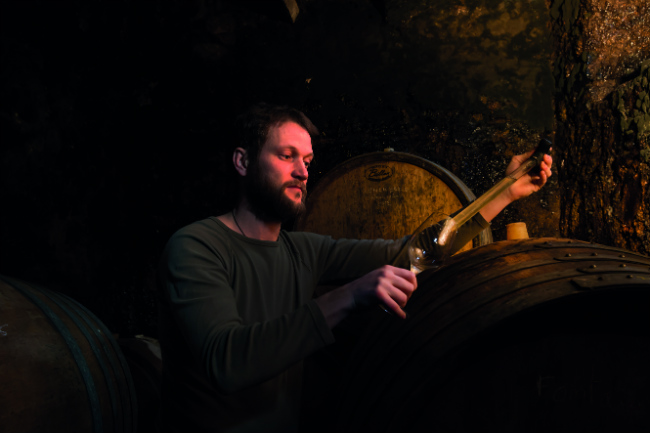 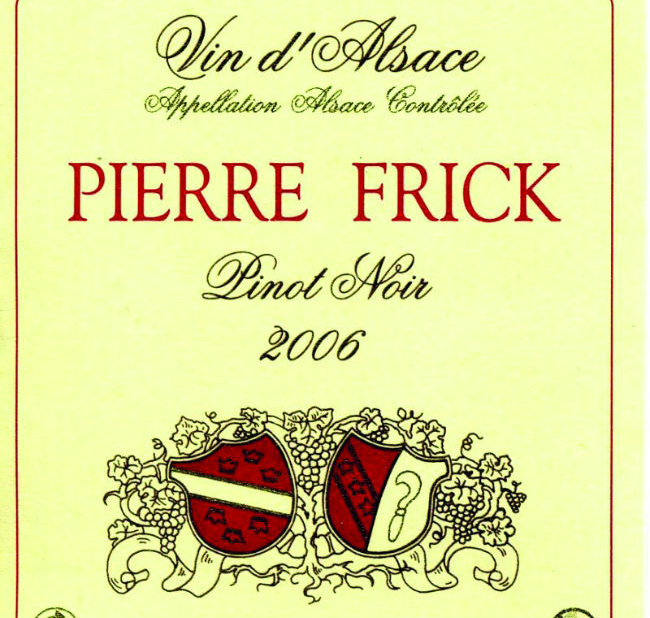 Farming organically since 1970, few winemakers are as committed to their land’s health as Pierre Frick. He shows equal respect in the cellar, shunning chaptalisation, using natural yeasts, and letting wines lie on their fine lees. www.pierrefrick.com 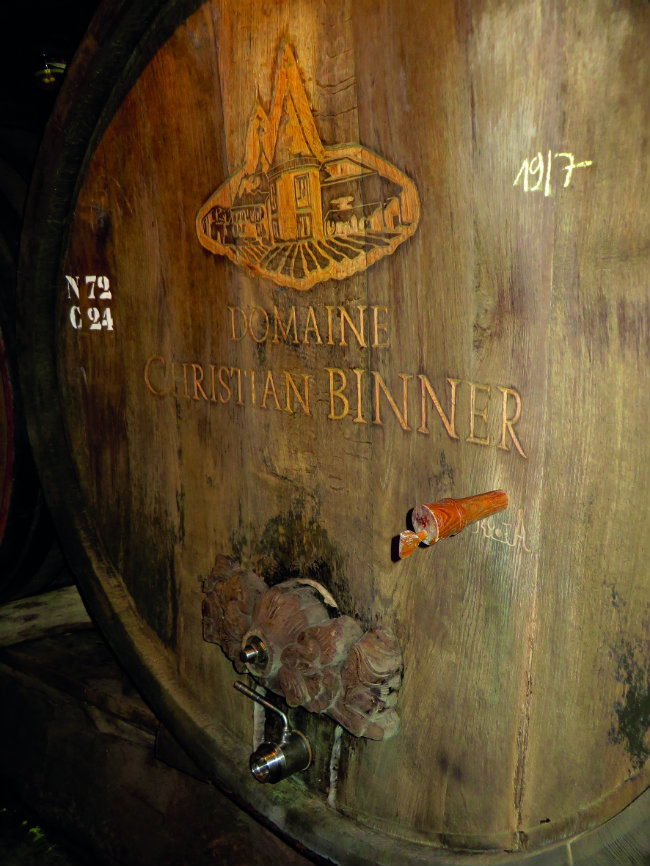 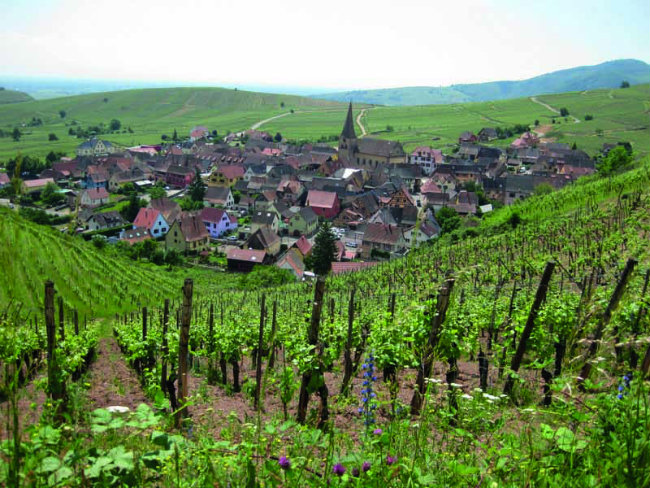 Jean Boxler’s grandfather was the first to bottle wine under his family label. Since then, the estate has become known for some of the most intensely structured and longest-lived wines – and the best Pinot Gris – in Alsace. Tel. +33 (0)3 89 27 11 32 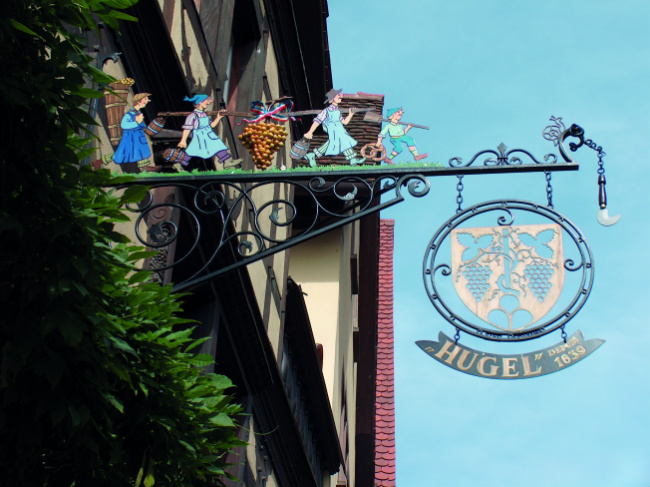 The Hugel family pioneered the reintroduction of late harvest wines in the 20th century, and today their sweet Vendange Tardive and Sélection de Grains Nobles bottlings, like their dry wines, rank among the region’s very finest. www.hugel.com

Rorschwihr’s wines were first noted in 742 AD, yet it still has no Grands Crus. Why? Because the commune refused to divide their tapestry of 21 soil types into large plots. Gassmann wines are paragons of terroir complexity. Tel.+33 (0)3 89 73 63 28 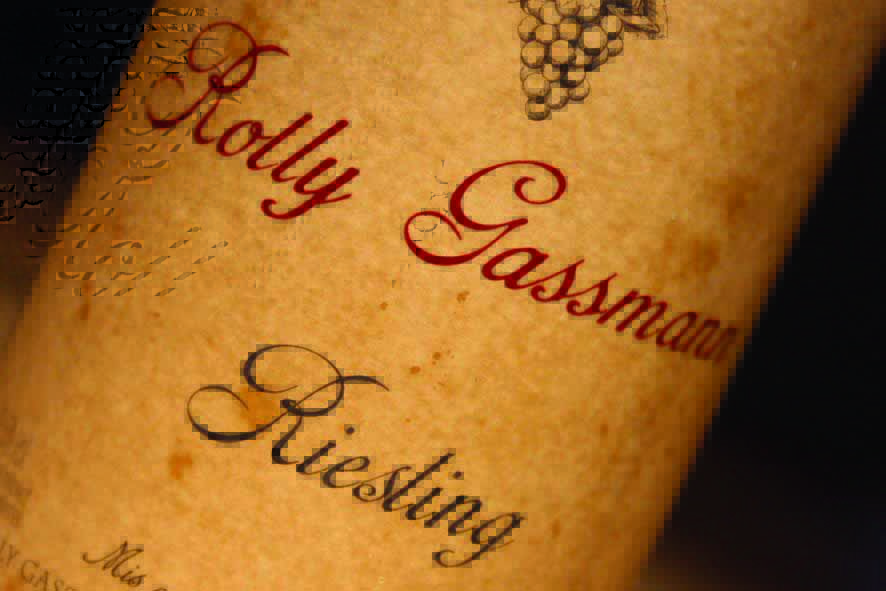 Previous Article Spotlight on Caravaggio in Paris
Next Article A Passion for Picnics and Entertaining: An Excerpt from “Everyday Monet”