Did You Know? Climat vs Terroir in Burgundy 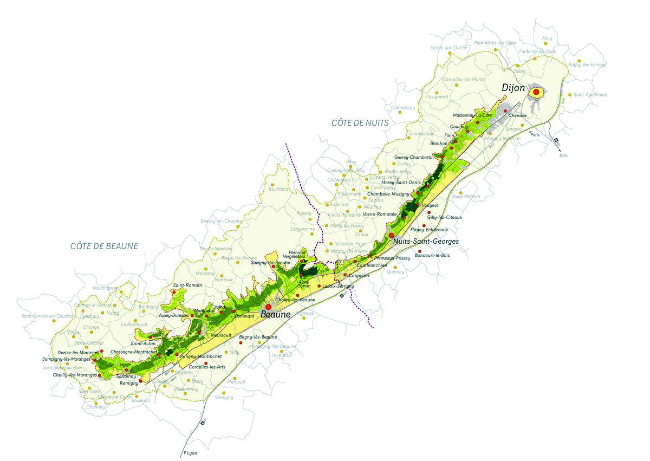 Talk to any French wine enthusiast and it won’t be long before the word ‘terroir’ comes up in conversation. If their French is up to it, the word rolls off the tongue, with the double ‘r’ somehow emphasising its significance – and mystique. The word conveys so much meaning and weight that it’s been hijacked by producers around the world to demonstrate – and show off – the unique provenance of their product. Within its original wine context ‘terroir’ refers to all the natural elements – the geography, the geology and the climate – which, together with the wine producers’ skills, create a unique vintage.

But just when you think you have a handle on this and can throw in a knowledgeable reference to ‘terroir’ in your next conversation about French wine, along comes a different word which, it turns out, only applies to the world-famous wines of Burgundy: ‘climat’.

A ‘climat’ is a precisely delineated vine plot, with its own microclimate and specific geological conditions shaped by human cultivation over centuries. The Gallo-Romans grew vines here. And in the Renaissance, the Dukes of Burgundy developed an export market for their sought-after wines. There are over 1,000 climats in Burgundy spread over 142 communes. Some of the most famous, such as Clos de Vougeot, a scenic walled vineyard neighbouring the Château of the same name, date back more than 900 years. Others such as Montrachet are less picturesque. It was Stendhal who
expressed surprise that this “little dry and ugly mountain should produce such a great wine”.

Walk around the vineyards of Burgundy and it won’t be long before you turn up a shell fossil – a giveaway as to the type of soil that vines like, limestone. But not just limestone: layered within the limestone are deposits of marl, a muddy soil which contains clays and silts. The seemingly endless permutations of these two soil types play a big role in the subtle taste variations that distinguish one wine from another. The vines are always planted on the east/southeast slopes of the hills, their roots reaching deep into the soil and the fruits above catching the right amount of sun. The slopes and free-draining nature of the soil ensure minimal damage during rain or frost.

Add to these factors the savoir-faire of each grower, their respect and passion for the land, their desire to innovate while maintaining family traditions, and you arrive at a wonderfully diverse matrix of wine permutations. And this is what makes Burgundy so special and so infinitely intriguing for wine-lovers the world over. But it’s not just about the prestigious heritage of the top grand cru domaines. A climat can produce a more modest wine. A long winemaking tradition, unique geology and weather conditions can equally apply to lesser-known domaines and ‘village’ wines.

So essential are climats to the history, heritage and production of Burgundy wine that local winegrowers and political supporters in Beaune and Dijon campaigned to have them recognised by UNESCO. And after several years of dogged lobbying, the Côte de Nuits and Côte de Beaune climats of Burgundy were granted World Heritage Status in July 2015.

What does UNESCO have to do with wine?, you might ask. Well, the world organisation “seeks to encourage the identification, protection and preservation of cultural and natural heritage around the world considered to be of outstanding value to humanity”. The current UNESCO World Heritage List extends to over 1,000 sites including, most typically, national parks, cities, cathedrals and gardens. To have gained its blessing for a diverse network of vineyard plots is quite an achievement.

But it just goes to show that the good people of Burgundy know the value not just of their treasured wines, but of their precious heritage too.