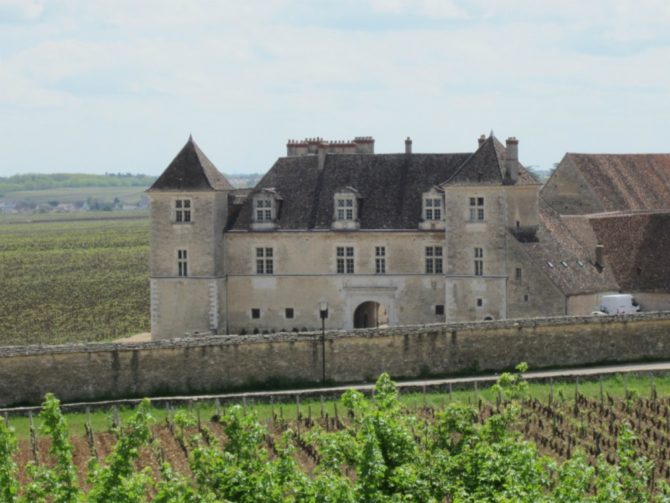 Back in 15th century France the likelihood of surviving even minor infection was minimal – and even less if, like the vast majority of the population, you had no means to pay for the rudimentary care that did exist.

Even after the Treaty of Arras concluded the Hundred Years War in 1435, pillaging and massacres still occurred across the country. Hard as it is to believe today, the people of Burgundy were destitute during this time. Famine and disease were rife.

When in 1443 Nicolas Rolin, Chancellor to Phillipe Le Bon, Duke of Burgundy, with his wife Guigone de Salins founded the Hospices de Beaune (also known as the Hôtel-Dieu or “House of God”) to care for the ill and poor, this was, perhaps, the first example of philanthropic care anywhere in the world. The first patients arrived in January 1452 and the institution continued to serve the population without interruption until the 1960s. Today it is a splendid museum. (The Hospices’ tradition of hospital care continues in more modern buildings.)

The Hospices de Beaune’s gothic facade appears austere from the outside, but on entering the courtyard, your eye is drawn towards the roof with its colourful, gold and black glazed tiles. This style is synonymous with the Dukes of Burgundy and the Hospices has one of the largest and best examples. You will also find these tiled patterns adorning chateaux, public buildings and church spires throughout Burgundy.

The Great Hall of the Hospices, also known as the Hall of the Poor, was the main ward for the penniless, whereas the wealthier had their own, smaller hall. Back then, of course, no one fully understood the principle of contagious or infectious disease nor the benefit of good sanitation. Consequently in the “poor” ward, two patients shared each bed head to toe. What’s more, the town’s river ran as an open waterway through the building and acted as a depository for everything imaginable!

The nuns from the adjacent convent nursed the sick with the rudimentary medicines available in those times. At the back of the main hall is the chapel, positioned so that patients could attend mass without leaving their beds. The display of ancient surgical implements is not for the faint-hearted, while the dispensary provides an interesting insight into the era’s potions and medicines.

However, despite the generosity of the Dukes, outside funding was necessary. This materialised in the form of legacies and gifts sometimes in money but often in land and buildings and, of course, vineyards.

In 1457 Guillemette Levernier made the first gift of vineyards and two years later more Beaune vineyards were donated by Jean Pamplays. Over the centuries numerous other donations were made from parcels of land in many of the Côte de Nuits and Côte de Beaune wine villages. Today the vineyards of the Hospices de Beaune, which are not-for-profit, total 44 different cuvées and span the full Burgundy classification system from regional Bourgogne to great Grands Crus.

In the years leading up to the French Revolution, the practice was established of selling each year’s production by private sale. Proceeds from the sale are used to fund the Hospices’ charitable activities that, today, include donating equipment to Beaune’s General Hospital and supporting the ongoing preservation of the Hospices building, now classified as a national monument.

In 1851 the wines were sold, for the first time at auction, a practice that continues to the present day and 2015 will be the 155th Hospices de Beaune Charity Wine Auction. At first, the Auction process followed the tradition of bids by candle-flame (à la bougie). Following a final bid, two candles were extinguished to confirm a sale. Today, Christie’s plays the role of auctioneer and receives bids in person, by phone and by Internet… before the hammer falls.

The Hospices de Beaune Charity Wine Auction, which always takes place on the third Sunday in November, is the highlight of the Burgundy year. It is the centrepiece of the “Three Glorious Days” (Les Trois Glorieuses). Saturday is La Fête in Beaune with a street market, tasting at most of the town’s wine houses, and an invitation-only dinner at Chateau de Clos du Vougeot, home to the world-famous Confrerie des Chevaliers du Tastevin. Sunday afternoon sees the wine auction and the weekend concludes with a winegrower and guests lunch (paulée) in Meursault.

The wine auctioned is that year’s harvest, which can be tasted in barrel by those bidding, in the private cellars of the Hospices on the Sunday morning. The auction commences at 2:00 pm and each cuvée, or wine, is auctioned in the barrel. The number of “lots” of each cuvée can vary year-by-year depending on yield and people bid a barrel price for the total cuvée. If successful, the bidder can decide how many barrels they wish to take – the remaining barrels are re-auctioned.

Bidders must team up with a Burgundy negociant who will mature the barrel(s) in their cellar and then bottle the wine. A standard Burgundy barrel contains approximately 280 bottles and each bottle will have the unique Hospices de Beaune label, the appellation (e.g. Corton Grand Cru), the name of the person who donated the land, plus the name of the successful bidder.

Taking part in the Auction is not an easy process so, for the third year Bringing Burgundy To You has partnered with Burgundy’s prestigious Ecole des Vins de Bourgogne (Burgundy Wine School) to create a luxury weekend to soak up the atmosphere of this very special occasion. Guests enjoy a tutored Grands Crus tasting at l’Ecole des Vins; a food and wine pairing in one of Beaune’s Michelin-starred restaurants; Wine Tasting visits, including a tasting in the Hospices de Beaune’s private cellar. If guests wish they can taste, from the barrel, all 44 cuvées to be auctioned including the most prestigious Grands Crus and the President’s barrel. The focal point of the weekend is the opportunity to bid in the Charity Wine Auction, for those who wish. Imagine having your own name on a Hospices de Beaune wine label!  The programme for this superb weekend, from Thursday, November 12- Sunday, November 15, 2015, can be found here.

Established in 2003 by David and Lynne Hammond, Bringing Burgundy to You specialises in tailor-made wine events for both businesses and individuals. They also host gastronomy weekends in Burgundy, and have an online wine shop. Web: www.bringingburgundytoyou.com. Email: [email protected] Tel: 33 (0) 6 30 42 02 98

Previous Article Which ski resort should you choose?
Next Article Property Market in Provence: The Lowdown on the Luberon and the Alpilles