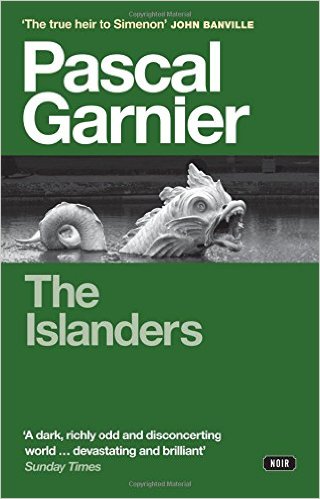 First published in its original French in 2010, the year of Garnier’s untimely death aged just 61, The Islanders was translated into English last year. Set around Christmas time, this novella is about as anti-festive as can be, its darkly comic atmosphere placing it firmly in the noir genre. All this might make it a perfect festive present for the bah-humbug Francophile in your life!

The narrative follows protagonist Olivier to Versailles, where he’s come to bury his estranged mother – though extreme weather conditions trap him there for a week when the proceedings are delayed. Olivier bumps into a woman from his past and the encounter reveals skeletons in the closet which sparks a series of dramatic revelations. Garnier weaves an intricate web of compelling storytelling that’ll have you hooked. Another great title from Gallic Books!