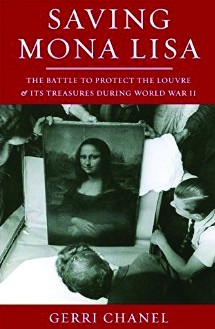 It’s August 1939 and Western Europe has once again found itself on the brink of war. As Hitler’s troops prepare to cross onto French soil, a small army of dedicated museum staff in Paris are making preparations of their own. They’ll soon be launching the largest evacuation of art and antiquities in history, including one of the most cherished and valuable paintings in the world: Leonardo da Vinci’s Mona Lisa.

Chanel’s high level of research has enabled her to produce a thoroughly detailed account of this intriguing chapter in French history. Rather than aggrandising an already extraordinary story, her narration of the Mona Lisa’s miraculous survival – in the face of Hitler’s henchmen, heavy bombardment and the complicit Vichy government – lets the facts speak for themselves and they’re all the more compelling for it.

Previous Article Editor’s App Choice: Visit 47
Next Article Travel to Colmar: Birthplace of Bartholdi, Creator of the Statue of Liberty