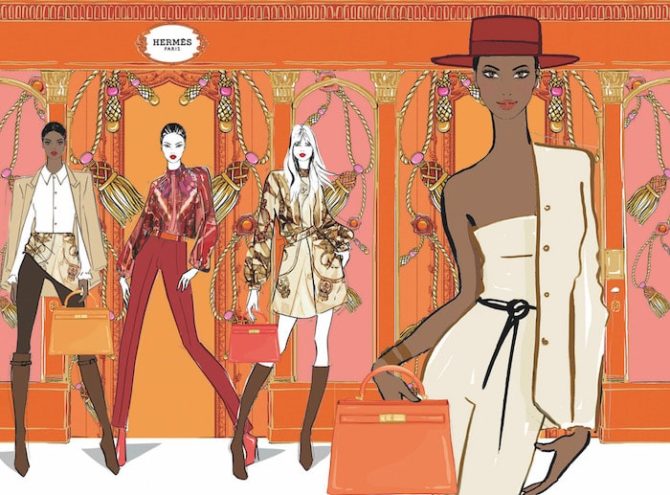 Show of hands who knew that Louis Vuitton’s heir and all-round safety whizz, Georges, invented the first unpickable lock making the bagagiste’s newfangled flat-topped trunks the most secure in the world? Or that Émile-Maurice Hermès pioneered the zip, aka the “Hermès fastener”, after spotting the nifty fermeture éclair on car roofs during a fortuitous tour of Ford’s Detroit factory? Not just an exquisite collector’s item crammed with pretty pictures (although the diaphanous etchings are half the appeal!), illustrator Megan Hess’s Elegance takes fashion magpies on a journey through the weft and warp of Paris’s most hallowed maisons de couture – and the making of its legendary designers, with juicy potted histories to boot.

From a superstitious Dior’s pre-show ritual of sewing a sprig a lily of the valley into the hem of his extravagant gowns for good luck to the involuntary birth of ‘Hermès orange’ or Chloé founder Gaby Aghion’s prêt-à-porter revolution, Hess struts fashion history’s runway, paying a glorious homage to the dauntless tastemakers who shaped (and reshaped) the female silhouette – and the brave new generation of creative directors staking their careers to carry on these paragons’ stellar legacy.

Purchase the book on Amazon here. 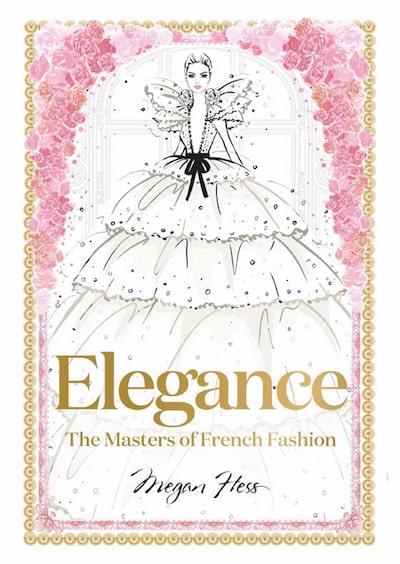 Previous Article A Year after the Devastating Fire at Notre-Dame De Paris
Next Article French TV Series: The Hook Up Plan (Plan Coeur)