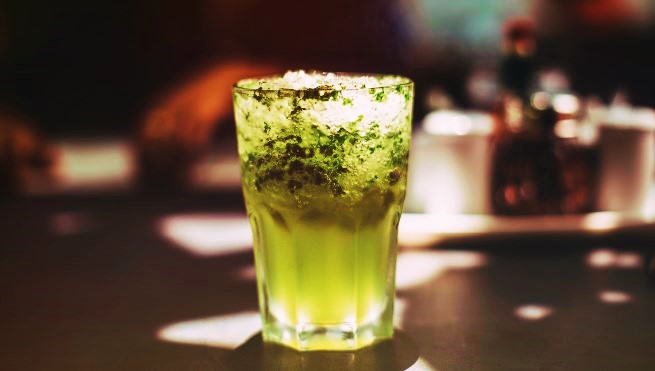 When my husband’s pal, Nicolas, invited us to une crémaillère to celebrate his move back to Marseille, I expected to see friends I’ve known for decades. But I never imagined that I’d have difficulty understanding them! What happened to my French? I know I’ve let myself go over the years, settling into the French language much as a wife settles into marriage, but this kind of sloth was unprecedented!

The evening began fluently enough as the first guests trickled in – mostly family members at this early hour. I barely recognised a young man, who was introduced as Nicolas’s neveu.

“Last time I saw you, you were seven or eight years old! And you’re now at university? Le temps vole!” Not wanting to trap the teenager in a boring conversation, I raised my glass in a toast before gravitating over to a group of women. That is when the self-conscious feelings began (not an unusual sentiment around French women at a cocktail party!). But it wasn’t the women’s style that had me cowering, this time, it was their speech. No matter how closely I listened, I couldn’t make out what they were talking about. As the party picked up, the noise became deafening – further hindering any effort to comprehend.

Totally lost, I tried to be casual, nodding on cue and pretending to follow the conversation. Was she talking about her son? Or her husband?

Desperate to comprehend, my eyes narrowed in on the speaker’s lips. Given the exaggerated gestures the French use while speaking, you’d think it would be an easy Plan B to lip-read. But it wasn’t, and I gave up trying to understand.

Slinking away, I decided to join Nicolas’s girlfriend, Carol, who was manning le bar à mojitos, standing beside a large pile of citrons verts. Picking up a wedge of sour lime, I lamented, “After all these years I suddenly can’t understand French!”

“I said, ‘After all these years, my French sucks!’”

“Hey, is that Olivier?” Carol said.

What? Olivier? I looked across the room which became more and more blurry at the back. “I don’t know. I can’t see that far!”

“All this background noise…” Carol complained, “… the sounds are running together!”

What a relief it was to know that my French was fine, after all – it was my hearing that was to blame! And now, with the floodgates of middle age unleashed, my new pal Carol and I started swapping stories about aching backs, cracking knees, and the various things that begin to happen in your late 40s. As we stretched and squatted, in demonstration of our ills, the group of women I’d been with earlier looked on. Ha! Now it was their turn to wonder, “What in the world are those women talking about?”