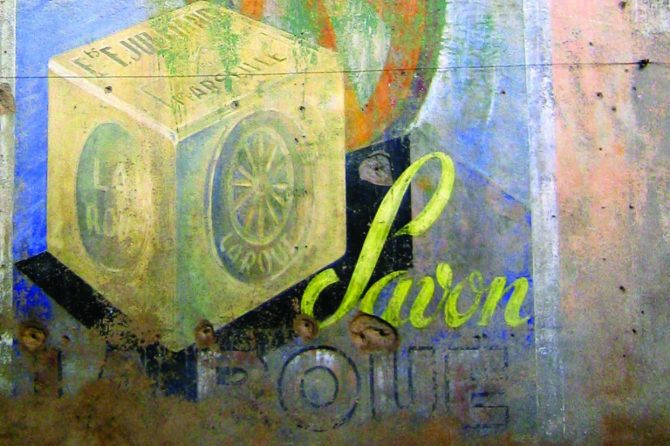 On the way to the dishwasher, my son dropped a dirty spoon. “Merde!” said he. I’m always alarmed to hear my kids swear. I didn’t raise them this way. Their culture did! The French use the ‘M-word’ freely, from a tender age. I’ll never forget hearing it shouted at the beach in Marseilles, by one stuttering sand-castle engineer (a little tyke, not four years old). “Merde!” he complained, when the water rushed up and levelled his château de sable.

“Merde? He said ‘merde’!” I remember my astonishment at how the French parents continued to chat, comme si de rien n’était. Once again, I began to question and compare cultures, thinking back to my experiences in the States. In my mind’s ear, I could not hear the same four-letter complaint on a California beach. Surely, back home, a four-year-old wouldn’t shout the S-word? No, I decided at the time, American toddlers don’t cuss like that!

Then I had kids of my own – I think I’ve been on them about their cussing ever since they turned two, when they began mimicking their French Dad!

“Zut!” his Father offers, picking up the fallen spoon and dropping it in the dishwasher, along with the breakfast bowls.

“Que ton langage soit… soit…” I search for a French word to illustrate my point and, taking a clue from my son, who is already halfway up the stairs, I find it. “See to it that your language is élevé!” Yes, lifted to a HIGHER level!

My teenager considers the suggestion. Putting on an aristocratic air, he offers this: “Saperlipopette?”

I smile, satisfied, but this is short-lived when, with a snicker, my son offers another replacement for merde. “Crotte?”

As the stairwell echoes with laughter, my thoughts bounce back to the beach in Marseilles, to a little tyke and a sandy castle. I wonder about language-building and all those attempts to bring our children’s speech to a higher level, against the waves of influence. This isn’t such an easy undertaking these days, what with a third language to contend with: French texto.

And yet this reminds me of the good news: my kids don’t swear half as much as I thought they did. It took a while, but I finally figured out what all those “MDR!” replies they were typing meant. They weren’t saying merde after all. “LOL!” that’s what they were saying. Only in French, that’s Mort De Rire!

Pictured:  An old-fashioned bar of soap for foul mouths! A vintage painted street sign, spotted in the city of Brignoles