From Mickey Mouse to Modern Musicals: Interview with Jean-Luc Choplin 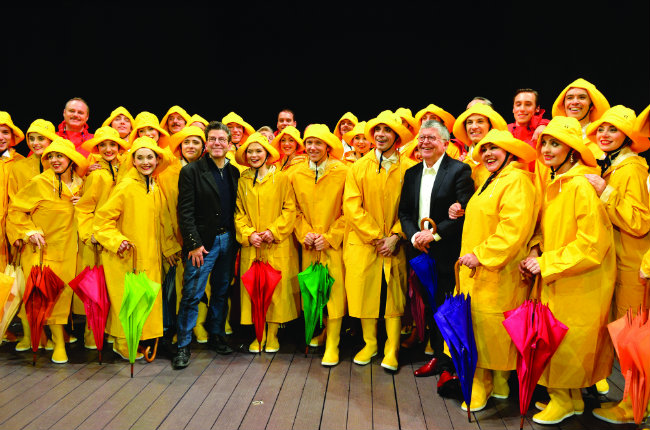 Jean-Luc Choplin still remembers the day in 2003 he learned that the directorship of the Théâtre du Châtelet was soon to become vacant. An old friend happened to be on the theatre’s board and thought Choplin would be perfect for the job. “I told him Mayor Delanoë would never have me,” Choplin recalls. “I worked at Disney; the whole Parisian cultural establishment would consider it sacrilegious!” His career profile was indeed unique: a series of high-level regional and national management appointments in the arts interrupted by a long foray into the private sector, including his tenure at the Walt Disney Company. Nevertheless, the Mayor of Paris did name him the next Directeur Général du Théâtre du Châtelet. Choplin was right about one thing, though – a chorus of critics awaited him when he started work three years later.

“Henceforth, the Théâtre du Châtelet, which Jean-Luc Choplin takes over in September, will be hot pink, shocking and kitsch,” announced Le Monde in 2006, after the first posters appeared for the season’s inaugural operetta, Francis Lopez’s Le Chanteur de Mexico, portraying a cheeky toreador festooned with flowers. For the French daily, the saccharine image not only set the tone for the impending Choplin mandate, it seemed to confirm the worst fears of Choplin’s detractors: “Many see in Jean-Luc Choplin a dangerous defender of the values of the entertainment world.” How could this “Mickey” (as some critics dubbed him), helm a temple of classical music, a stage where Mahler and Tchaikovsky conducted?

But if Choplin had won over Delanoë, it was because they shared a new vision for the Châtelet: to return the theatre to its origins as the kind of vibrant, avant-garde, internationally minded institution where thousands flocked in 1876 to see Jules Verne’s Around the World in 80 Days; where Sergei Diaghilev and his Ballets Russes (with the help of Eric Satie and a couple young artists named Pablo Picasso and Jean Cocteau) shocked the performing arts world in 1917 with their revolutionary ballet, Parade; and where Parisians would get their first taste of the Broadway musical with the French premier of Show Boat in 1929. “This was both the theatre of Diaghilev and Jules Verne,” says Choplin. “That is the identity of Châtelet, a place in the heart of Paris completely open to the world, at once popular and sophisticated, and accessible to a very wide public, not just a little elitist world of opera.” 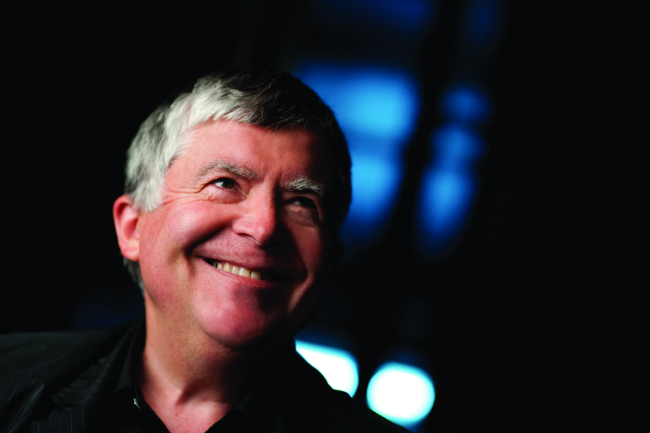 And widen the audience did. In Choplin’s first three and a half years, one million spectators passed through the doors of the Théâtre du Châtelet. Annual attendance doubled from 160,000 the year before Choplin took over, to around 300,000 every year thereafter, while drawing a younger, more diverse crowd. How did he do it? By asking pop composer Damon Albarn to direct a Chinese opera, Monkey, Journey to the West; by bringing film-maker David Cronenberg to adapt his iconic film The Fly to the stage; or by inviting Tokyo-based artist Nicolas Buffe to create phantasmagorical, manga-like décors and costumes for a baroque opera, Haydn’s Orlando Paladino. “There is an expression I love from Marcel Duchamp: ‘courant d’air, courant d’art (roughly, ‘current of air, current of art’),” says Choplin. “It basically means, if you open the doors wide and remove the obstructions, many new things will flow in.”

But one thing few people could have imagined Choplin would let in the door was the English-language musical – a genre disdained in France, though in fact little-known, and one loved by Choplin since his youth. “It was extremely brave,” says Robert Carsen, the renowned Toronto-born opera director who alone has directed three musicals for Choplin – Candide, My Fair Lady, and Singin’ in the Rain. “At a time when ‘musical’ was a rude word in France, Choplin began taking the Châtelet back to its roots as the Théâtre Musical de Paris, by introducing so many different musicals from Broadway and the West End which had never been performed in Paris.” On the Town, The Sound of Music, Kiss Me, Kate… Since 2006 Choplin has produced 16 musicals, many of which have been exported for runs abroad. Parisians, suffice it to say, no longer snub the genre. “In ten years,” says Carsen, “to have gone from that to a situation where, not one, but two projects are going to Broadway, and the expression ‘a Théâtre du Châtelet musical’ has real resonance for people around the world – that’s pretty incredible, I think.” 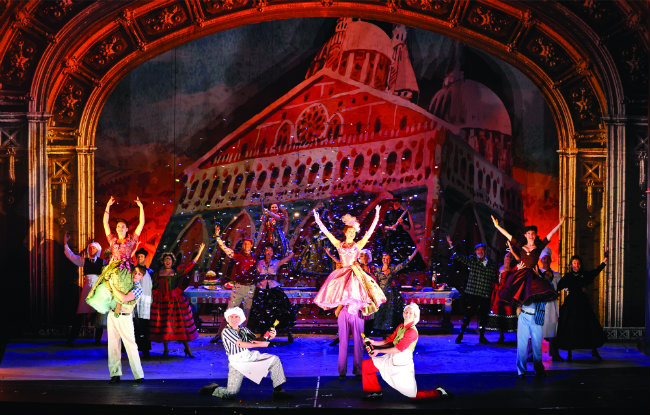 Indeed, Choplin can’t stop pinching himself. “We’ve become one of the major providers of musical productions for great American opera houses – Houston, San Francisco, Chicago,” says Choplin. “I’m still astonished. Every morning I wake up and sit in wonder thinking about this journey, and how much we’ve accomplished.” For Choplin, that success is a testament to the controversial formula he brought to Châtelet – le sophistiqué-populaire. “At the Théâtre du Châtelet, unlike many theatres, we try to break down the barriers between culture and entertainment,” he says. “This rocking back and forth between sophisticated and popular worlds, searching for ways to combine them, has been the leitmotiv of my career.” 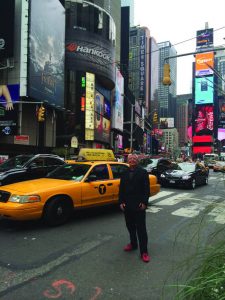 Jean-Luc Choplin, the Frenchman who took the musical back to Broadway.

It’s a leitmotiv that goes back to Choplin’s childhood. Having grown up in a housing project in the Paris suburbs, Choplin’s climb up the social ladder was a long one. “There was certainly a social frustration in my early life, to have this feeling that my milieu didn’t have access to la grande culture,” says Choplin. “So it became one of my missions in life to see that it becomes more accessible – that there not be all these separations.” Advanced studies in music and economy prepared him for a career in cultural management. By the 1980s, he was simultaneously managing the Ballet National de Marseille and directing cultural policy for the Provence-Alpes-Côte d’Azur region– one foot in the rarefied world of the arts and the other firmly on the ground, working with cultural associations, developing projects for underprivileged neighbourhoods. 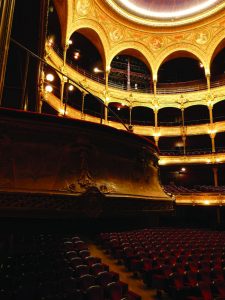 Interior of the Théâtre du Châtelet

Appointed in 1984 Administrateur Général de la Danse at the Ballet de l’Opéra national de Paris, where he worked next to the volatile but brilliant Rudolf Nureyev, he shocked his colleagues in the arts by leaving in 1989 to join the Walt Disney Company, helping the American franchise to put the ‘Euro’ in Euro Disney. “I want to prove that we can create a spectacle for the masses which isn’t imbecile,” he told the French press in 1994. He did so by injecting doses of sophistication into attractions at Disneyland Paris, for example hiring none other than opera director Robert Carsen to create Buffalo Bill’s Wild West Show.

Choplin went on to develop artistic projects for Disney CEO Michael Eisner in Los Angeles before returning to Paris in 2001. There he briefly continued consulting in the private sector, helping the Galeries Lafayette Group develop a Visual Arts gallery. When the opportunity at the Théâtre du Châtelet finally came up, Choplin had only recently begun a new mission as Chief Executive of the Sadler’s Wells Theatre in London. But a sense of destiny impelled him to pursue the position. “It was the chance to realise my dreams, to follow through on everything I’d learned in my career until then, to truly create this sophistiqué-populaire that was so close to my heart.” 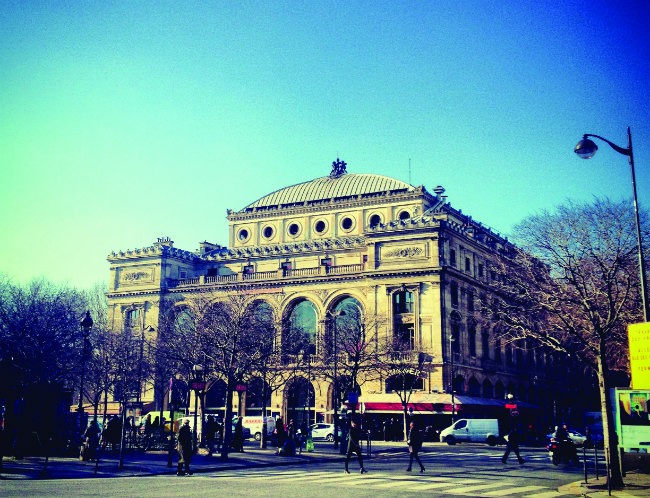 During Choplin’s tenure, the Châtelet-produced musical has perhaps become the most successful expression of his sophistiqué-populaire philosophy. “We took pieces that could be considered as simply commercial, and treated them as art,” says Choplin. “We created the haute couture musical, using a full symphonic orchestra, impressive décors – treating musicals like operas, in the hope that these great compositions might rightfully be recognized for their true value.” The ascendancy on the Châtelet brand was confirmed with the world premier of the stage adaptation of Gershwin’s An American in Paris. A co-production with Broadway, its American run was lauded with four Tony awards. And before Choplin’s last season is over, another Châtelet production will hit Broadway in 2016 – Singin’ in the Rain, this time a co-production with Harvey Weinstein’s company.

As the Châtelet prepares its final season before Choplin’s departure and a two-year closure for renovations, one can only wonder what the controversial director’s legacy will be. But beyond trophies and ticket sales, perhaps Choplin’s biggest achievement, in this era of global uncertainty and economic downturn, has been helping make the theatre part of the public conversation again about modern life – and, at times, simply offering much-needed respite from it. 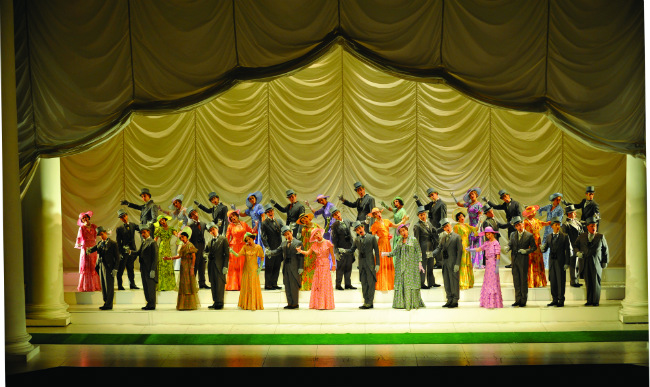 As he told The Guardian in 2013, “It’s not about forgetting, it’s about making people realise life is not just about métro-boulot-dodo [commuting, work, sleep]. We can sing, we can admire the beauty of flowers and we can admire the human spirit’s capacity to resist.”

Never was that so apparent as this last winter, when Singin’ in the Rain opened for an encore performance run at Châtelet exactly two weeks after the November terrorist attacks in Paris. For the musical’s director, Robert Carsen, there was something rare and unforgettable about the opening night. “It was very joyous, and quite moving the way the audience reacted,” he says. “And sharing that with Jean-Luc, there was a real sense of having fulfilled something together. And I think that’s his greatest recompense, seeing that theatre does matter, and can bring a lot to people.”

Indeed, for Choplin, it was one of those performances which brought to light something that never changes about a theatre, regardless of who’s in charge. “Our mission in theatre is to create an encounter with a public, to share emotions and ideas with them, about life, love and death, about our society,” he says. “When you can add to that joy, light-heartedness, a levity which is liberating, which frees you of the weight of the world. We had the feeling, in that moment, that the theatre was truly fulfilling its role.”

And now, after 11 seasons, eight world premier productions, two musicals exported to Broadway and four Tony Awards, Jean-Luc Choplin is retiring as director of the Théâtre du Châtelet. The 2016-17 season will be his last, but this historic Parisian theatre on the banks of the River Seine will never be the same again. 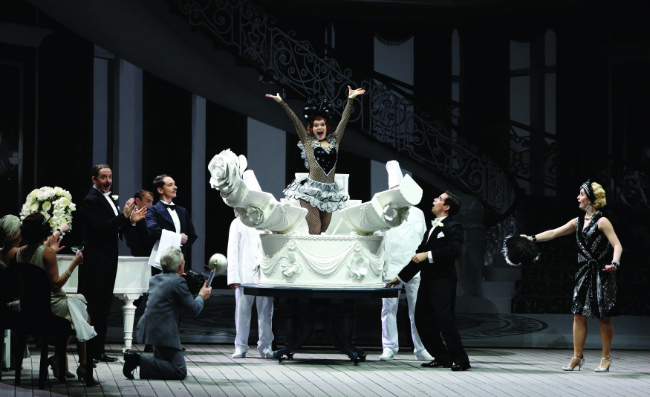 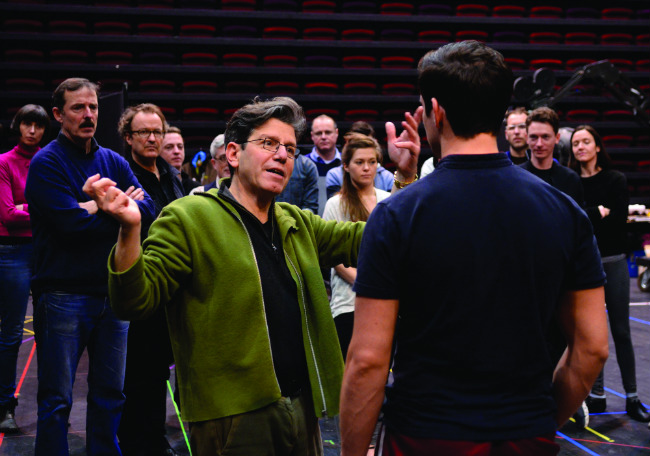 Auf dem Gebirge hat man ein Geschrei gehört (On the Mountain a Cry Was Heard) 1984. Choreography by Pina Bausch. Contemporary Dance. May 20 to 26.

wonder.land. After Alice in Wonderland by Lewis Carroll, created by Damon Albarn and Moira Buffini, directed by Rufus Norris. Musical. June 7 to 16.