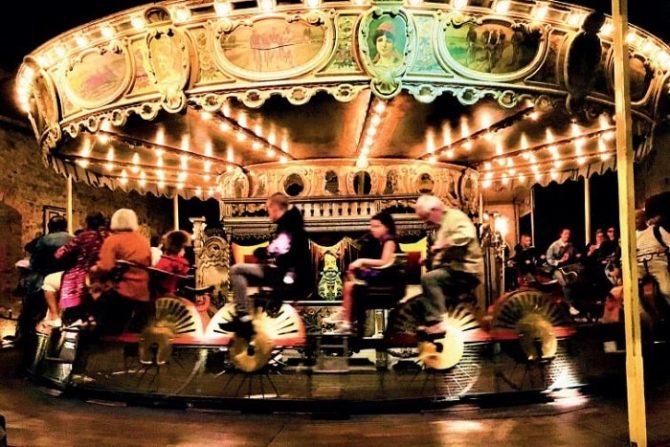 Amidst the ivy-covered warehouses of Bercy, in Paris’s 12th arrondissement, you will find the most charming of the world’s funfair museums, the Musée des Arts Forains. This private collection of beautifully restored Belle Époque carousels and fairground artefacts perfectly captures the once-upon-a-time enchantment of a travelling fair under strings of coloured lights where circus attractions, sideshow games, life-like carved animals, and uncanny automatons create fin-de-siècle magic. 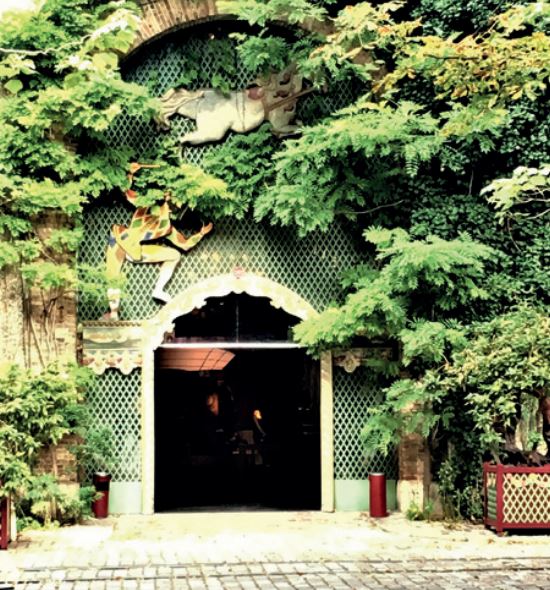 Entrance to the
museum. © HAZEL SMITH

Local legend has it that when Louis XIV unexpectedly attended the riverside parish of Notre-Dame de Bercy, one of the congregation was singled out for refusing to kneel in the Sun King’s presence. The traitor was, in fact, a local giant, head and shoulders above his fellow parishioners, but kneeling just the same. Having the King’s attention, this gargantuan vintner used the opportunity to grumble about the taxes he paid to transport his wine inside the Paris walls. Wholly amused, Louis decreed in 1704 that the wine trade would be tax-free within the borders of Bercy.

Thus the neighbourhood grew into the largest wine-market in the world, and its residents became known for their joie de vivre. As wine laws relaxed across the country, boozy Bercy was gradually abandoned in the 20th century. Then, thanks to Jean Paul Favand, the Musée des Arts Forains debuted as the first attraction at the newly invigorated Pavillons de Bercy in 1996. Favand, an actor and antiques dealer, has been collecting and lovingly restoring neglected fairground curiosities for the past four decades, some dating back as far as 1830.

Today, off the beaten tourist path, inquisitive visitors are guided throughout his topsy-turvy world of carnival attractions. The joie de vivre has returned! 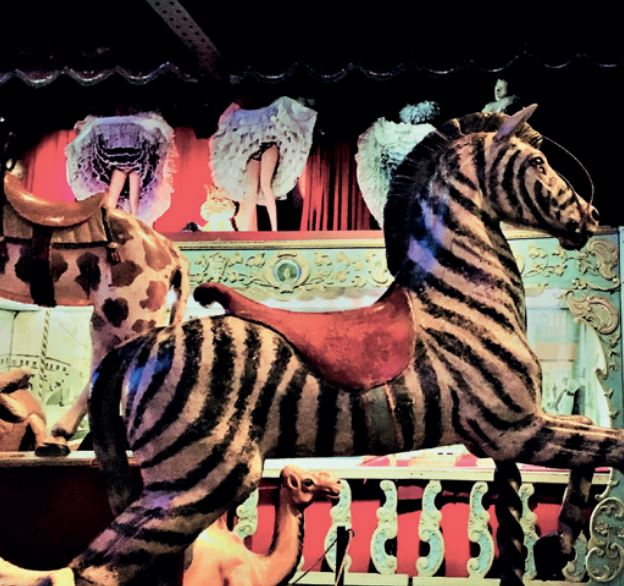 Enjoy a ride on a zebra. © HAZEL SMITH

Favand’s carnival artefacts are from a time before prefab plastic and bubble-gum pink. During the heyday of funfairs, between 1880 and 1920, carnivals featured elegant carousel salons; huge, yet mobile, structures which housed a barrel organ, a gilded carousel, and a dance floor. A century ago, residents within a distance of 5km could be lured to a local carnival with music cranked from its barrel organ. Favand’s Belgian example is a showpiece, retaining its original system of bellows, pipes and perforated music rolls. Today it’s as loud as it was when built in 1910.

Visitors are invited on the carousels, so step on up! The Museum’s velocipede ride – a gleaming merry-go-round of polished bicycles circa 1897 – is featured in the film Midnight in Paris. Once steam-powered, this bicycle ride is now powered by humans – further adding to the giddy fun. 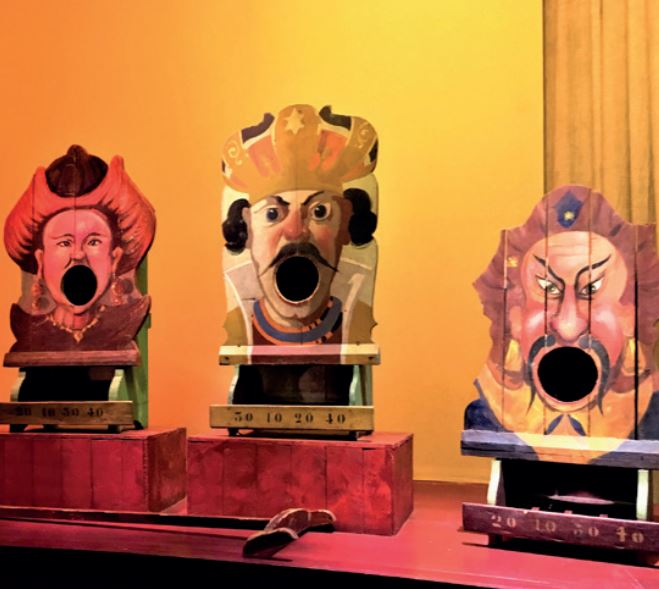 Throw the ball in the mouths to win a prize. © HAZEL SMITH

Audiences can participate in a variety of sideshow games involving horses, jockeys, even a derby of waiters. The course des garçons de café is a favourite game based on the classic Montmartre waiters’ race.

On hand are thousands of examples of fairground trimmings and trappings. Distorting mirrors, mindbending hybrids, flying pigs, and uncanny mechanised performances add to the carnival madness.

The Musée des Arts Forains is an antidote to the blockbuster museum – an entrée to the conviviality of the Belle Époque.

Prior booking is required. Tours are conducted in French but English notes are available. Tours in English are scheduled during the summer months.