Best Chinese Restaurants in Paris: Shang Palace at the Shangri-La 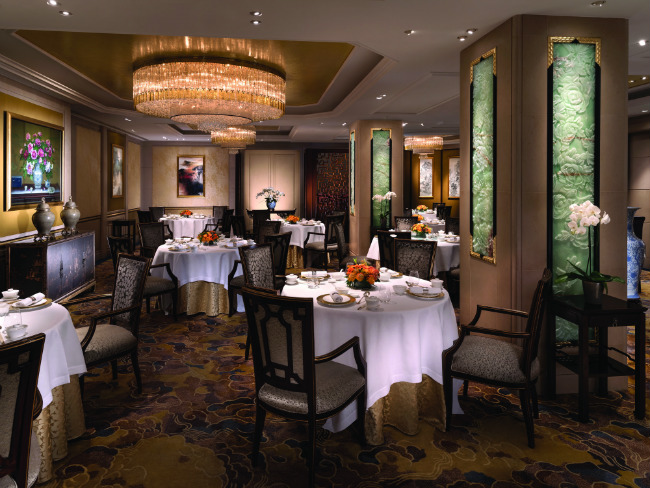 Asian restaurants in Paris followed a different evolution from those in London or New York, because many of the Asians who immigrated to France during and after the wars that shook the country’s former Indochine colony (today Laos, Cambodia and Vietnam) came from the local bourgeoisie. These affluent, educated people were government officials, business people, land owners, and others more accustomed to being cooked for than to cooking for themsleves. So Paris developed a different culture of Asian eating, with backpackers heading to the 13th arrondissement and Belleville for cheap meals, and the Parisian beau-monde adopting restaurants like Tan Dihn, a chic Vietnamese with a notable wine list, in Saint-Germain-des-Prés.

Though there were local neighbourhood Chinese places all over the city, many Parisians considered Vietnamese cooking to be lighter and more refined. With the recent arrival of the Asian luxury hotel chains in Paris, however, this has changed, because several of these have excellent and very elegant Chinese restaurants that are showing eager Parisians just how good the many regional cuisines of China can be. And the best of these is the Shang Palace at the Shangri-La Paris hotel, which has held a Michelin star since 2012.

After starters of salmon sashimi with garnishes of vegetables and jellyfish in sesame dressing, and the best Peking duck in Paris, we recently sampled several dishes that Mr Lee specifically recommended to us. Spinach soup with crabmeat and tofu was delicate but very soothing, as were scarlet prawns in steamed egg white with Hua Diao wine sauce. Barbecued Iberian pork lacquered with honey was succulent and deeply satisfying, and fillets of sole in XO sauce was impeccably cooked fish in an umami-rich sauce. Even the desserts are excellent here, including freshly made egg tarts and mango cream with pomelo.