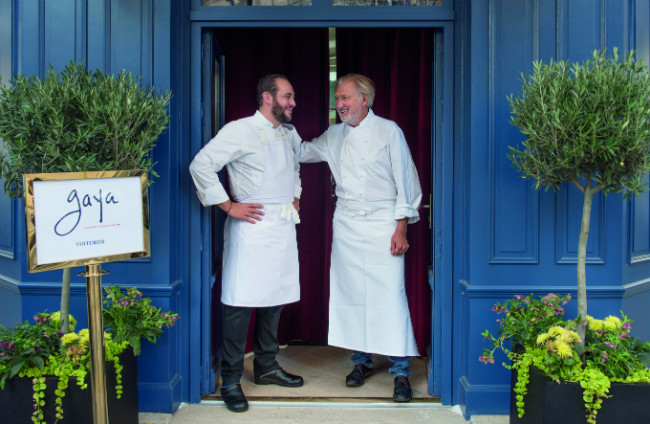 For many years, La Ferme Saint-Simon was a clubby restaurant with a faux-rustic auberge décor and favoured by politicians, antiques dealers and gallery owners from the neighbourhood, and the occasional celebrity. It had a certain fly-in-amber charm, but with fewer and fewer people under 60 able to appreciate it as it was, it got a reboot several years ago, which was only a middling success.

Now it has closed and been replaced by chef Pierre Gagnaire’s excellent Gaya, a primarily seafood restaurant that moved to these premises from its former quarters on the rue du Bac (that space is now occupied by the new Paris branch of Gagnaire’s Piero TT, an Italian trattoria that began in the ski resort of Courchevel).

Argentine designer Marcelo Joulia designed a soigné new look for one of the most sophisticated tables on the Left Bank, including grey leather tub chairs at white marble tables and tobacco leather banquettes surrounding others dressed with white tablecloths. And chef Nicolas Fontaine has written an alluring new menu – or rather, several alluring new menus, since a separate menu, including several Hawaiian-style poke bowls, is served at the restaurant’s new bar – a great option for a quick but pleasant feed if you’re on your own.

Since the move to new quarters, Gaya has become more chic than ever and, on the basis of a recent lunch, it’s now one of the best tables in Saint-Germain-des-Prés and its environs. I met a friend who lives in the neighbourhood for lunch; we began with steamed langoustines with an inventive garnish of mostarda di Cremona with sorrel and Granny Smith apple, and a beautiful terrine of crabmeat and red quinoa – both dishes showed off Fontaine’s gift for contemporary French cooking that’s light and healthy but also deeply satisfying.

Main courses were excellent. Goujonnettes of sole meunière came with interesting garnishes of capers and a Treviso purée with Parmesan – the earthy and gently bitter taste of the Italian cabbage flattered the delicately sweet and iodine-rich flavour of the fish.

There’s more meat on the menu than there once was at Gaya, including a Galician entrecôte, which came to the table with homemade Béarnaise, soy sauce with chopped razor-shell clams and an avalanche of pommes allumettes; an andouillette with oysters; and a brilliant ‘biscuit’ of duck foie gras and smoked duck breast, which was served with spelt, dates and pearl onions. Desserts were spectacular, too, including an iced Grand Marnier parfait with blood-orange salad, and Agen prunes with dacquoise and poppy mousse. 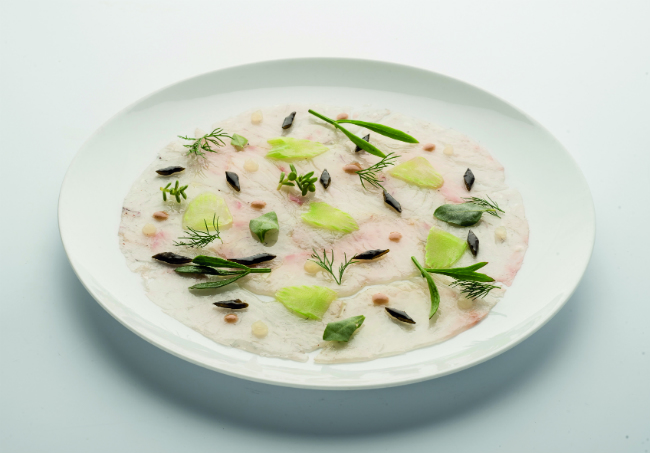 The next time I head here, however, I’ll be trying the plateau de fruits de mer for two at €85. It sounds quite fascinating, with oysters, bien sûr, but also pickled mussels with
crispy capers, cockles in plankton and sea-urchin bisque with truffles.