Georges Simenon’s Paris: Following in the Footsteps of his Fictional Sleuth, Jules Maigret 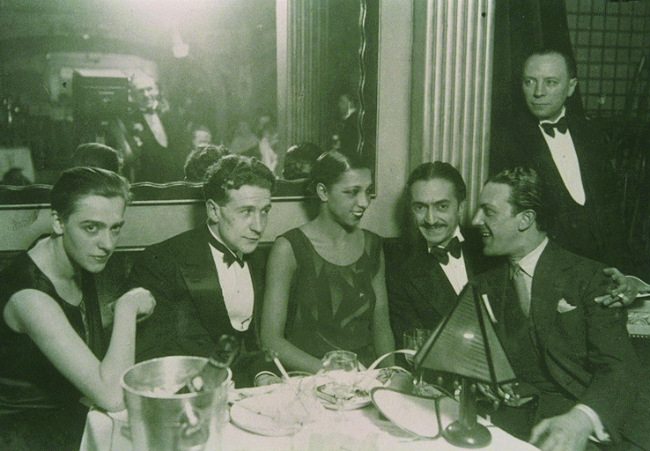 No wonder Georges Simenon set most of the Maigret stories in Paris – 63 out of 75 of them in fact. Because Paris is a compact city, it provides an unrivalled stage for crime fiction, where the investigation can progress at speed. But the Maigret stories also make wonderful guides to the flip-side of pre-gentrified Paris, the Paris of black and white photos, a shabby conglomerate of closely-knit communities, yet alive with the pulse of authenticity. Simenon crisply encapsulates that Paris of neighbourhood bars and bistros, of payphones and platform buses, sparing us neither the gloom of November nor the heat of August. He even takes us past the loge of the concierge into private homes, and gratifies us with the smell of floor polish or the cooking smells of ragoût de mouton, blanquette de veau or tripes à la mode de Caen. real-life police commissaire Marcel Guillaume, on whom the character of Maigret was based/ public domain

With a Maigret in hand you can comb every bit of Paris. Be aware, however, that Simenon fiddles with street numbers and place names, throwing in existing ones alongside those he invents, or shifting places around. And to complicate it further, many of the real-life places have since disappeared. He also throws bits of his own life into Maigret’s, the devotion to pipes and beer not least. Maigret’s persona, on the other hand, is largely inspired by real-life Commissaire Guillaume, le grand patron of the Police Judiciaire (PJ, pronounced pé’ji), who was in charge of the most famous criminal investigations of the time. A smoker of cigarettes rather than pipes, he was also significantly slimmer. Simenon’s Parisian life begins at the Gare du Nord, as does the first Maigret, Pietr le Letton (Pietr the Latvian), published in 1931. Arriving from Belgium in December 1922, he was underwhelmed: “The coldest, draftiest and busiest of Paris’s stations, with trains arriving from Belgium and Germany, bringing in their loads of crooks.” In the story, a body is discovered aboard the Étoile du Nord, the luxury Paris-Bruxelles-Amsterdam Express introduced in 1924; hence the lady in mink and silk stockings waiting at platform 11. Today the line is used by the speedier but less glamorous Thalys. Built under Haussmann, the station never lived up to expectations and is currently an unsafe mess. (May its refurbishment, scheduled to be completed by 2024, allow it to vie with London’s St. Pancras.) Also in 1924, the recently wed Simenon and ‘Tigy’ moved to a one-bedroom flat at 21 Place des Vosges, overlooking the backyard. Built under Henri IV, the then Place Royale was the aristocracy’s ‘holy of holies’. Was Simenon aware that his flat had been sliced out of the mansion of the Duc de Richelieu, the Cardinal’s great-nephew, with whom he shared an insatiable sex life? Whereas the Duke claimed to have seduced all the females of the square, Simenon’s alleged number of conquests is 10,000. His liaison with Josephine Baker, however, was no fiction. By contrast, Maigret led an irreproachable marital life at 132 Boulevard Richard-Lenoir. Built over the Canal Saint-Martin under Haussmann, to prevent it being used by insurgents, from 1869 to 1969, during Holy Week, the Boulevard hosted the famous Ham and Scrap-iron Fair, a tradition that began in the Middle Ages in front of Notre Dame. The fair is now held in Chatou, west of Paris, but you can still drool over the Thursday and Sunday morning market. While work was carried out in the Maigrets’ building, Simenon moved the couple to his own real address on Place des Vosges, but the no. 61 of the murder scene in L’Ombre chinoise (The Shadow Puppet) doesn’t exist: Place des Vosges has 36 houses, nine on each side. The upscale square was a social mix in Simenon’s day; witness the spacious first floor of a former ambassador in L’Ombre chinoise compared to the shabby lodgings above. The Canal Saint-Martin, too, has been upgraded since Simenon’s time. The footbridges are as atmospheric as ever, but its lock-keepers are gone and the barges have given way to cruise boats. Built under Napoleon to supply to Paris the water of the Ourcq, it soon proved useful for the transportation of raw materials. The ports of La Villette and of L’Arsenal followed suit; industry, poverty and knife crime at the ready too. It was not uncommon to recover a dead body from the water, the arm of a dead man in Le Corps sans tête (The Headless Corpse). This happened at the bend of the canal, level with Rue des Recollets, where it obstructed the passage of a barge. The nearby L’Atmosphère, which caters to a laid-back Bobo clientele, is the very site of working-class Paupol in the story. an old postcard of the Brasserie Cyrano

Simenon first settled in Batignolles, west of Montmartre, where he liked to spend time. Au Rêve, a hangout of his, is still there at 89 Rue Caulaincourt, across Place Constantin Pecquer, a genuine local spot to this day, yet a stone’s throw from the tourist-ridden Sacré Coeur and Place du Tertre. The café has been popular with the arty and literati for decades. 2014 Nobel Prize winner Patrick Modiano mentions it several times in his novels. Simenon wrote an early novel here, while Tigy tried to sell her paintings at the art fair on the square across the street. Was it due to nostalgia that Rue Caulaincourt appears some 20 times in the stories, more than almost any other location? There is a statue of Steinlen inside the little garden, Montmartre’s artist who created the famous Chat Noir poster. The heating business at the bottom of the steps was Chez Manière in the stories, although the real-life Chez Manière was at 65 rue Caulaincourt, now Le Cépage Montmartrois.

The affluent Avenue Junot curves pleasantly across the square to the west. It boasts impressive Modernist villas, Adolf Loos’s no. 15 notably, designed for Tristan Tzara of the Dada movement. In Maigret et le fantôme, an art collector living here is involved in art forgery on an international scale, including a forged Van Gogh. Van Gogh himself had lived nearby on Rue Lepic, home to Les Deux Moulins café from the movie Amélie, and Le Moulin de la Galette immortalized by Renoir. Tucked more discreetly on Rue Tholozé is Studio 28, where Simenon liked to watch a movie, as does Amélie in the film. Opened in 1928, this is Paris’s oldest cinema still in operation, premiering that year Abel Gance’s Napoléon, and Buñuel’s L’Age d’or in 1930, thus provoking a riot and the banning of the film.

Le Cyrano, next to the Moulin Rouge, on the corner of Boulevard de Clichy and Rue Lepic, is now a fast food outlet. André Breton gathered here daily his fellow Surrealists. Le Cyrano also appears in Maigret au Picratt’s, a strip club on the corner of Rue Pigalle and Rue Fontaine, where Breton actually lived, on the 9th arrondissement side of Place Pigalle. The Picratt’s was Simenon’s creation, but there were plenty like it in this district. The leafy courtyards to the south are survivors of 19th century Paris, when this was its artistic hub. The city’s ‘palaces’ (luxury hotels, pronounced the French way) were not immune to crime. Maigret found the “infinity of red carpets” at the Majestic sickening and took in the evening gowns and furs, the wafts of perfume, the jazz… Those were the “Roaring Years”. In 1922 a famous dinner united here Diaghilev, Stravinksy, Picasso, Joyce and Proust. In 1928 Gershwin composed An American in Paris here. But the hotel in Pietr le Letton and Les Caves du Majestic is situated on the Champs Elysées – it is Claridge’s in fact, while the Majestic was on the Avenue Kleber and played a sinister role in the deportation of the Jews during the Occupation. After the war it became the seat of UNESCO and later an international conference centre where the Vietnam and Cambodian peace agreements were signed, in 1973 and 1991 respectively. In 2010 it was resurrected as the plush Peninsula Paris. La Coupole during its heydey Last but not least, the epicentre of Maigret’s Paris is 36 Quai des Orfèvres, uncannily just around the corner from the geographical centre of Paris, at Notre Dame. Head there fast, because in 2017 the judicial world is moving to Renzo Piano’s new glass tower in Batignolles, where Simenon’s Parisian life began.

From his office window, Maigret looks out south to the Pont Saint-Michel and the Quai des Grands Augustins across the Seine. Like a leitmotif, beer and sandwiches are sent for from the Brasserie Dauphine – Aux Trois Marches in reality, on the corner of rue D’Harlay and the Quai de l’Horloge, off Place Dauphine, which is now a lawyers’ meeting place, La Maison du Barreau. Place Dauphine echoes the much better preserved Place des Vosges and was famously the home of Yves Montand and Simone Signoret. Facing the Pont Neuf on its western side, la Taverne Henri IV has kept Simenon’s corner with some old photos above his table. Its previous proprietor, Robert Cointepas, was the last Parisian to have seen Simenon, having visited him in Lausanne, just before his passing in 1989.

Thirza Vallois is the author of Around and About Paris, Romantic Paris and Aveyron, A Bridge to French Arcadia. Visit her website here: www.thirzavallois.com