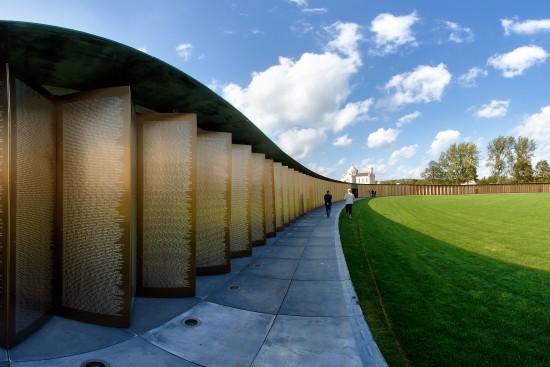 Mention the words ‘Western Front’ and the same pictures appear in the minds of people across the world. Stretching across the North-East of France from the Belgian Coast to the Swiss border, this European front line – the Western Front – saw the bloodiest battles of World War I.

Today, the quiet woodland and peaceful rolling fields are worlds away from the trench warfare and huge casualty figures of a conflict that involved soldiers from all corners of the globe including the United States, which brought significant military, material and financial aid from April 1917 onwards. And as the world commemorates the ‘Great War’, the North-East of France is proud to welcome the families of the fallen as well as visitors who simply want to pay their respects to those who died for their freedom.

The front line stretched across five French regions from Nord-Pas de Calais to Alsace, passing through Picardy, Champagne-Ardenne and Lorraine, and including iconic battlegrounds such as the Somme and the Aisne, the Meuse and the Vosges Front. Now the five regions have joined together to form ‘The Western Front 14-18’, a seamless territory which maintains the battlefields and museums, whilst respectfully promoting the discovery of remembrance sites amongst international visitors.

Here you can experience for yourself the network of front line trenches; see shell holes in the forests of Verdun and the Vosges; and explore the quarries and underground tunnels of the Aisne and the Oise. Stop to reflect at the vast cemeteries and memorials of Meuse Argonne and the Artois between Lens and Arras; browse through artefacts and archive film at the Historial de Péronne in the Somme; visit the brand new Verdun Memorial museum; and stand in awe at the deep mine craters of La Boisselle and the Vauquois. There are forts to discover too, each one full of atmosphere and stories, such as Pompelle in Reims and Leveau at Maubeuge, and Liouville at Saint Mihiel.

Throughout the centenary of World War I, The Western Front 14-18 is organising a full cultural programme that includes exhibitions and audio-visual productions, publications, educational events and much more. More than 2000 events have received the nationally-recognised ‘Centenary’ label as part of the official French centenary commemorations.

A visit to the places where so many Americans fought and 126,000 ‘Sammies’ died is always a moving experience, but never more so than now during the Great War centenary, thanks to the collaboration of the five territories known collectively as The Western Front 14-18.