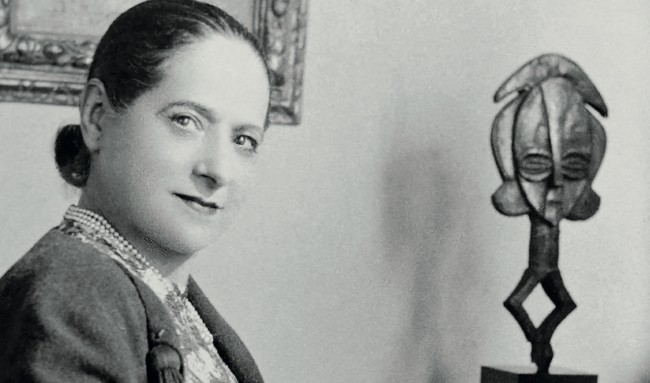 Cosmetics mogul Helena Rubinstein was as intuitive an art collector as she was a savvy entrepreneur.

Her pioneering role in the recognition of art from Africa and Oceania helped elevate such works from being considered mere ethnic artefacts to their rightful position on the world stage, at a time when the appetite for this type of art was just beginning to develop.

From precious reliquaries to everyday objects such as tools, doors and musical instruments to her beloved masks, her bold choices resulted in an impressive collection of more than 400 pieces of non-Western art. They were displayed mostly in her home in Paris, but also in New York and London, taking pride of place alongside the works of painters and sculptors such as Chagall, Braque, Brancusi, Modigliani, Picasso and Miró.

Alas, in 1966 the collection was dispersed through a series of sales, which served to further the value of African arts but diluted the effect of the ensemble.

Guided by 1966 sales catalogues, publications and testimonies, and by analysing photographs of Helena Rubinstein’s apartments, the Quai Branly museum has recreated the spirit of her collection, looking at its evolution and peculiarities, and highlighting the unique art sensibility of Madame Rubinstein.