My Life in Paris: Hats off to Those Lady Cabbies 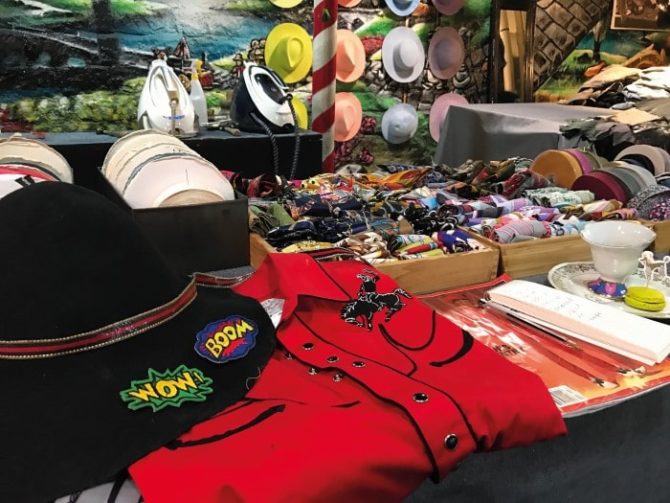 Plopping my heavy vinyl bag on a wet bench in the Square Émile-Chautemps, I think to myself, ‘here I go again’. Even with my trusty L’Indispensable Classique Plan de Paris Par Arrondissement in hand, I can’t make heads nor tails of the star-like intersections of light-beam-straight and not-so-straight side streets swirling around. I’m not quite lost but definitely turned around, despite all my planning. Not only had I committed the route to memory but I’d also noted down the Métro transfers. The one thing I’d forgotten to do was recharge my phone after shooting the Tour Eiffel’s sparkling lights in long, data-eating bursts, and now it’s dead.

To make matters worse, the buildings are all under renovation, covered in tarps and scaffolding, and it’s almost impossible to find any street signs. Thanks to the morning rain, the news kiosks are still shuttered tight, so asking directions is not an option. But then neither is failing.

“Don’t be late,” the master hat maker had messaged me. Today’s the first day of my hat making workshop, starting at precisely 8am.

For a few seconds I contemplate packing it in and heading back to my warm, dry flat, but just before I slouch back to the Métro with battered umbrella in hand, the sun pops out.

Suddenly the grey boulevard looks every bit as glorious as Haussmann surely intended. Rising above it all is the old E Le Deley publishing house, just a block from the park. This is a building I know well. In fact, in my Longchamp Neo I have an envelope of E Le Deley postcards I’d scored at a brocante the day before, showing the first female taxi drivers. In 1907 there were six, but PR maven Madame Dufaut was the one most frequently photographed in front of the bureau’s building at 127, Boulevard de Sébastopol.

“Assez Bien,” the Paris Prefecture had written on her licence: good enough for Madame Dufaut to get to work, even when crowds jeered or forced her off the road. After one ugly assault near Place de République, Dufaut “sprang forth from her box, pursued the ungallant man, and collared him”.

Inspired by her grit and the sudden sun, and with the Deley street address as a point of reference, I easily make the two-block hop right over to the chapellerie. 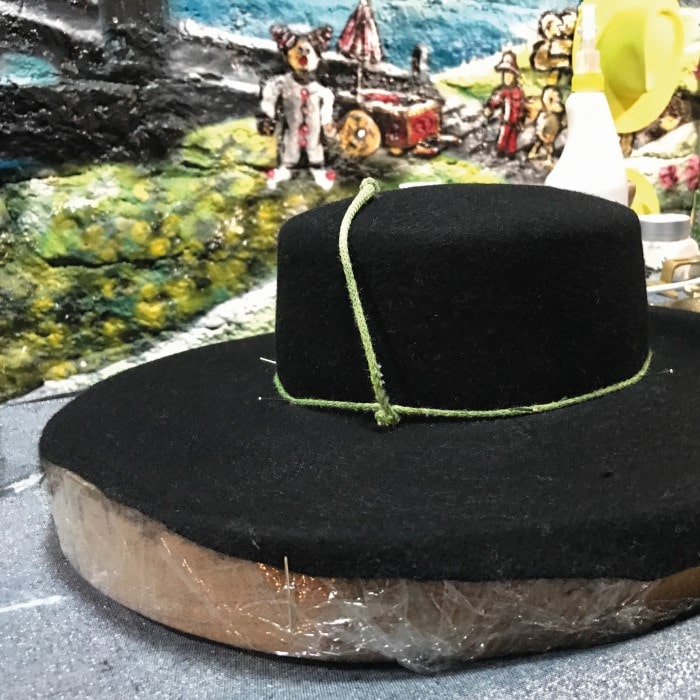 After quaffing a quick espresso, I’m escorted down to the cosy, cave-like hat studio. There, surrounded floor-to-ceiling by hat boxes, spools of yarn, ribbon, patches, pompoms, tassels, bonnets, spangles and furbelows, I settle in for my first lesson from master milliner Ardéne. My fellow students whisper that he’s a Jon Hamm ringer. I think so too.

Deciding to pay homage to taxi driver Madame Dufaut, I create a black hat like one she wore in the old photos, but add a strap, ribbon, rhinestones and patches. I follow each step, stretching, hammering and shaping the felted rabbit fur on an aluminium hat block. After steaming and brushing, I stitch on ‘Wow’ and ‘Boom’ emblems for luck, while thinking this is how erstwhile milliner Coco Chanel launched her career. Look where confidence got her. BOOM indeed.

Heady with hat-making dreams, I sally forth and head home. Once back at the flat, I pull out my postcards and study the faces of the six plucky cabbies. Later I’d learn not only their names, but about their dreams, too.

In 1907, one named Madame Lutgen told the press: “This is my forté! I shall be a great success and hope to make good money. The motto on my armorial crest is fidem peregrinario testor. I am applying this to a new and honourable profession.”

Tomorrow I’ll try to keep the faith as I make my way around the city without my phone GPS. If all fails, I’ll just wing it again. Like the Eurythmics’ Sweet Dreams put it: “Hold your head up. Keep moving on.”