My Life in Paris: Life is Sweet 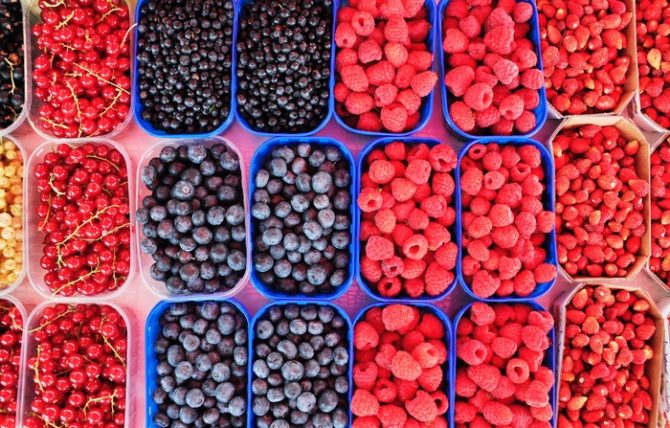 Berry smoothies, high-class confectionery and kombucha tea all helped Theadora get through lockdown in France.

In the beginning, I was doing okay – plus, I felt more than prepared in the self-care department. Just days before the quarantine, I’d hoofed it to Porte de Vanves flea market for a stash of Miles Davis records. On the way home, I passed À la Mère de Famille, the oldest chocolaterie in Paris.

Through the windows I saw the staff busy filling floor-to-ceiling cubby holes with chocolate chickens, bunnies and flying bells for the approach of Easter. I paused. I went in. Then I caved, and began pointing. But how could I not?

Sometimes life seems all about chocolate – especially when it comes as ganache- and praline-filled cameos dressed in golden foil. Nutty about their caramelised hazelnut and almond balls, I added half a dozen boxes of the shop’s signature Folies de l’Écureuil before sallying forth, all bright-eyed and bushy-tailed, sure that my personal pantry would keep my spirits spinning high through the lockdown. After all, how long could it last? 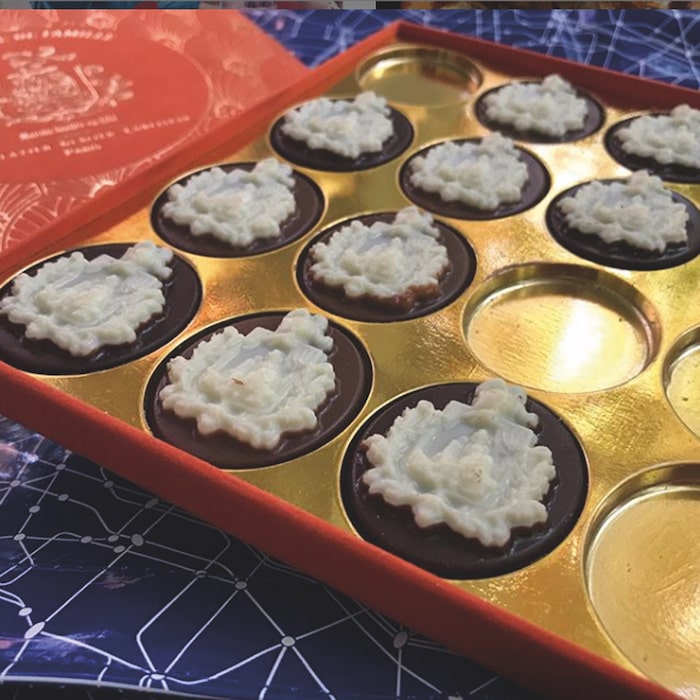 Inevitably came the day my chocolate stash was gone. I needed a new fix.

I turned now to the fine art of juicing, after spotting frothy, photogenic berry drinks on my social media feeds. I mean, who could resist a recipe name like, ‘Can’t Beet This’? Not this punster. Plus, fruit is great for the waistline, I told myself. I ordered a juicer.

The day it arrived I gathered nearly every berry in sight at the grocery store. Stalking a tranquil existence during these strange times, I added fennel, celery, carrots, kale, and lettuce to the mix. Yogurt and ginger, too, nearly maxing my card and bursting my shopping basket. But health is priceless, right?

My mouth watered with wild abandon as I fed my shiny new jumbo juicer carton after carton of strawberries and blueberries, anticipating the gigantic jugs I’d fill. But only a scant trickle emerged. At first I didn’t panic, but kept feeding the greedy chrome monster – two more boxes of blueberries, then every other piece of fresh produce in my little fridge. After each loud pulping, the machine would stingily part with a teensy squirt. I even added orange juice to the precious homemade stuff, hoping to at least top a Champagne flute. With the help of one ice cube, it finally touched the rim. And it was tasty, to be sure, but at €30 a glass, it would be way beyond my budget. I needed a more affordable health kick. 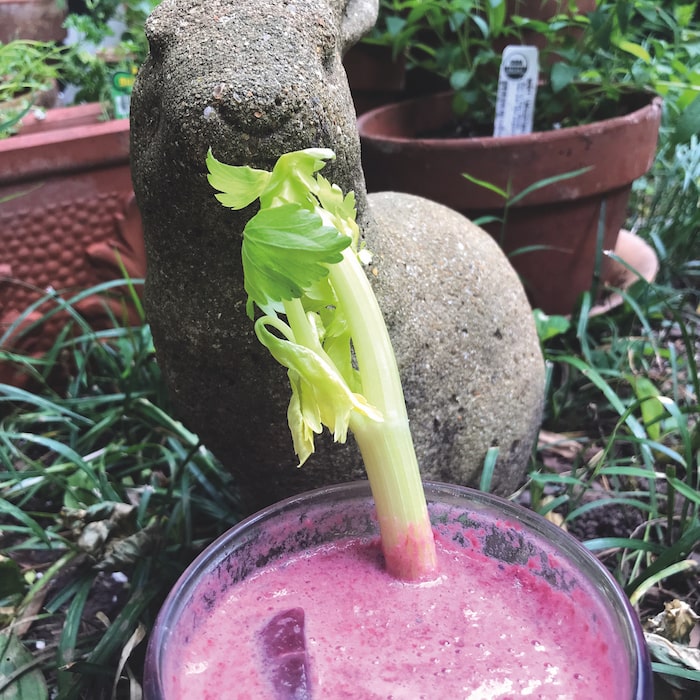 I now turned my bunny ears to a new obsession: kombucha tea. After spying a few glasses of the tangy, carbonated concoction on Instagram, I joined yet another cookery kick, hoping this one might stick. The kombucha kit arrived around Bastille Day. With Miles Davis riffs giving me courage, I boiled a gallon of water, added sugar, and steeped eight bags of black tea. With steady hands, I added the mix, along with the starter SCOBY (Symbiotic Culture Of Bacteria and Yeast). Bonding with my sponge-like new friend, I even gave it a name: Toby the Scoby. After testing the pH levels, I sealed the deal with a cheesecloth cover.

After a long, breathless week of waiting, I bottled the brew, wildly improvising by adding more than a splash of mango juice. From start to finish, I had thoroughly enjoyed the process.

However, the pressure to create more and more kombucha batches is real. After all, much like a sourdough starter, Toby the Scoby is actually alive. “Feed me!” he seems to cry each time I creep into the kitchen for a clandestine sip of cheap, store-bought juice. Needier than my cat, I started to resent my little home-grown culture, briefly fantasising about giving him away to a neighbour. But then at some point between pouring the fifth or sixth batch, I accidentally poked a few holes in him, and now he looks as though he’s winking and grinning like the Man in the Moon in the Georges Méliès film, which convinced me to keep him. So we’re still collaborating, Mr Sponge and me.

Miles Davis once wrote, “For me, music and life are all about style”. I guess that goes double for me and Toby, my puffy SCOBY. 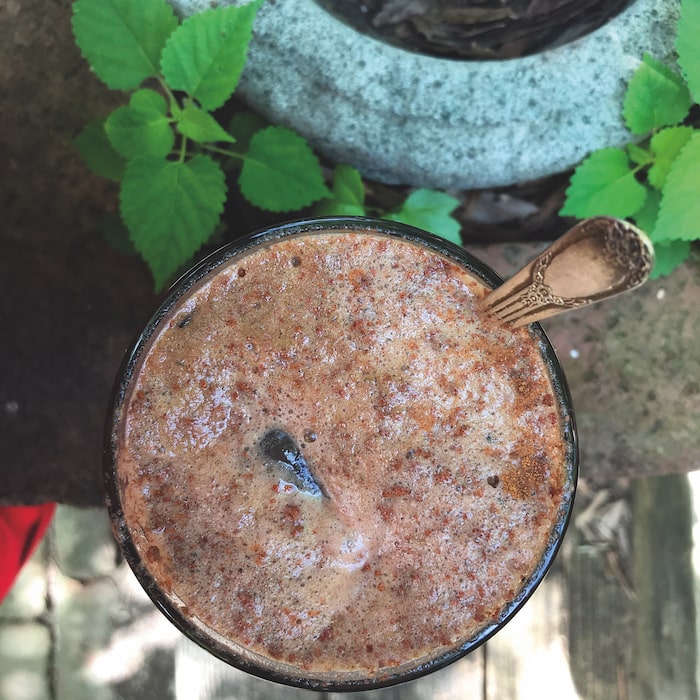 Read more of Theadora’s “My Life in Paris” columns here: