Exploring the Gardens of the Côte d’Azur France 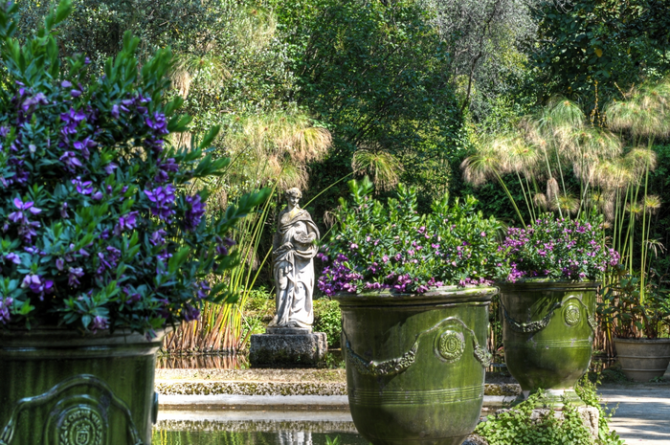 The sun-kissed Côte d’Azur, with its vast array of public and private gardens to enjoy, is France’s go-to region all year round, especially for green-fingered visitors with a passion for exploring horticultural wonders under dazzling blue skies.

To mark the upcoming the 3rd edition of the Côte d’Azur Garden Festival – which will take place from 3 to 28 April 2021 on the theme “Gardens of Artists” – here we provide an overview of the wide range of gardens that you can visit, from botanical beauties to hidden hotel gardens, from public parks to historic stately homes. 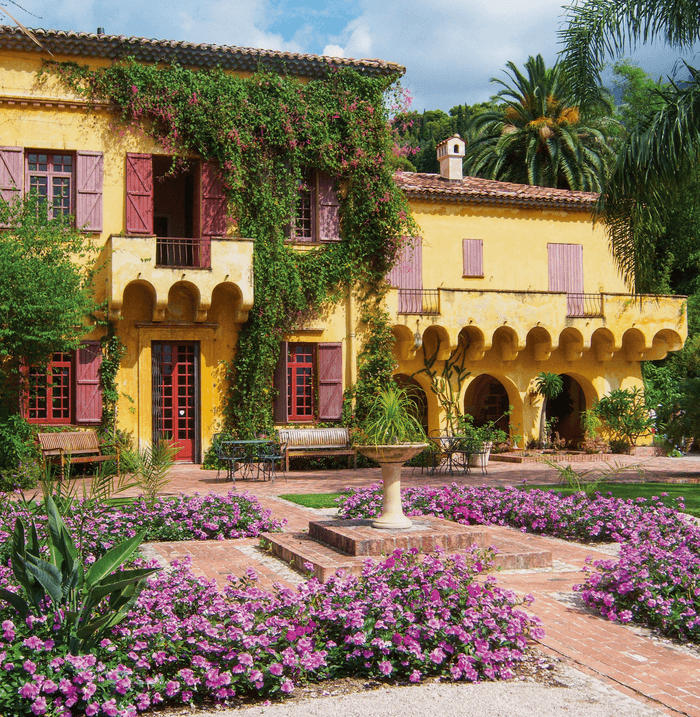 Côte d’Azur Gardens Through the Centuries

Firstly, for context, let us take a stroll along a timeline of garden history on the Côte d’Azur, which reveals some of the key moments in the region’s evolution as a horticultural hub:

Back in 1546, when Franciscan monks arrived at the Monastery of Cimiez in Nice and created a chessboard garden, they surely would never have guessed that the garden would still be in place and receiving visitors in 2021…

In 1830, the city held its first floral parade – a forerunner of now-epic annual Carnival de Nice, whose modern era began in 1873. By 1850, Gustave Thuret had planted the first palm trees – now so emblematic of the region – while bright yellow mimosas, too, became a symbol of the sunny region the very same year. Since 1931 the flower has been celebrated at Mandelieu-la-Napoule with a festival every February. 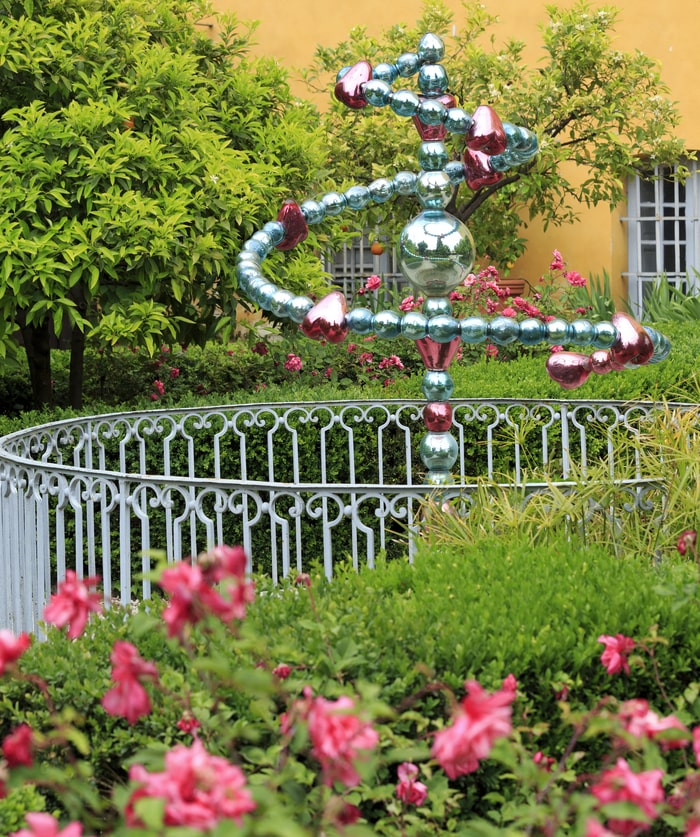 In 1853 Alphonse Karr, a novelist and journalist, set up a flower-growing business in Nice – today, flower sellers charm locals and visitors alike with their resplendent (and great value) floral presentations at one end of the famous Cours Saleya market, adjacent to the seafront in the Old Town.

Other firsts: 1864 saw the first Acacia Dealbata planted in the gardens of Château de la Bocca by the horticulturist Nabonnand, while three years later the layout of Nice’s Valrose Park was under way.

1906 was an important year. This was when gardens were categorised as Historical Monuments in French law, while a year later work began on the now fêted gardens of the gardens of the Villa Ephrussi de Rothschild in St-Jean Cap Ferrat. No stay on the Côte d’Azur is complete without a visit. 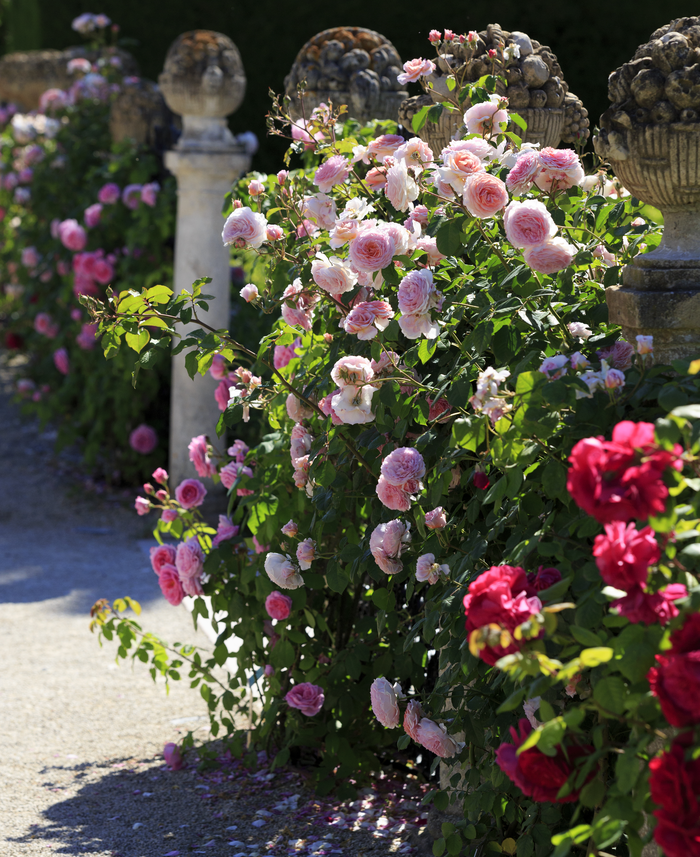 Menton’s place as a major gardening epicentre was given a leg-up when, in 1924, Lawrence Johnston, designer of the gardens of Hidcote Manor in the UK, began work on acclimatising plants in the greenhouses and gardens at Serre de la Madone. The splendid gardens, organised in themed terraces punctuated with statues and fountains, remains a Côte d’Azur highlight to this day.

1927 was another important date, as it saw the region established as a provider of flowers for the production of perfume – in this year, around the Pays de Grasse, trial gardens for scented plants were sewn.

1949 saw work start on hilltop Eze’s now famous exotic gardens, while in 1964 Joan Miró collaborated with the Maeghts to create a garden at the Fondation Maeght museum in St-Paul de Vence. Both are major tourist draws today.

Among the modern era’s notable events, 2004 saw the creation of the Jardin remarquable label (see below) and then in 2017 the Festival of the Gardens of the Côte d’Azur was established. 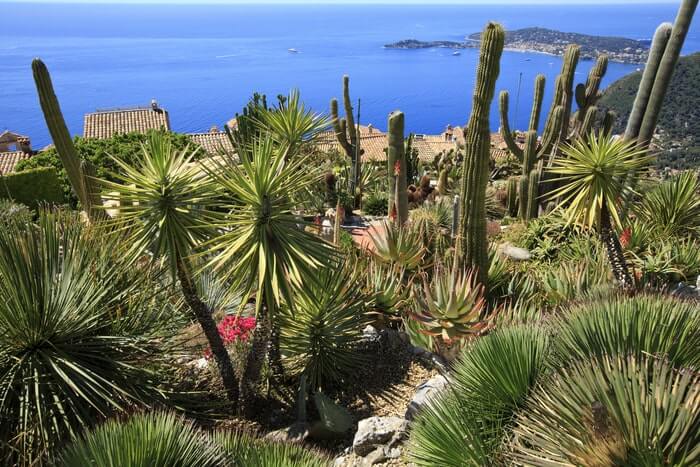 The region proudly boasts 13 Jardins remarquables – a superb, eclectic selection in varied locations across the region, from the mountains to the seaside.

The label “Jardin remarquable” is awarded to parks and gardens that are open to the public, and which are of historic, aesthetic or botanical interest. It also recognises efforts made in welcoming visitors to the gardens, as well as first-class maintenance procedures that respect the environment. 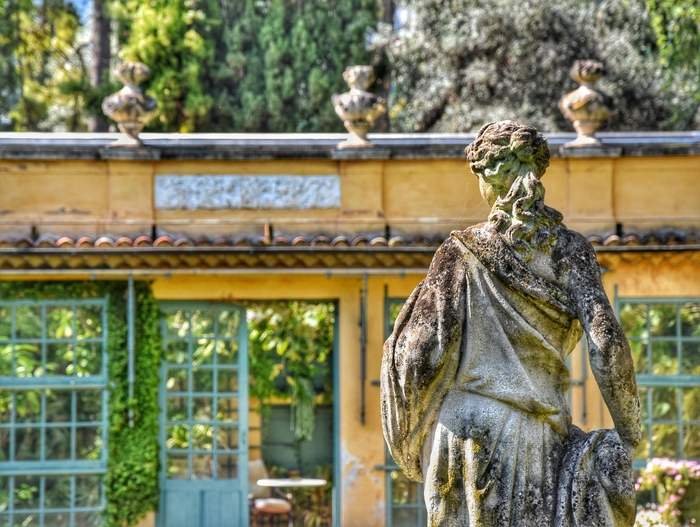 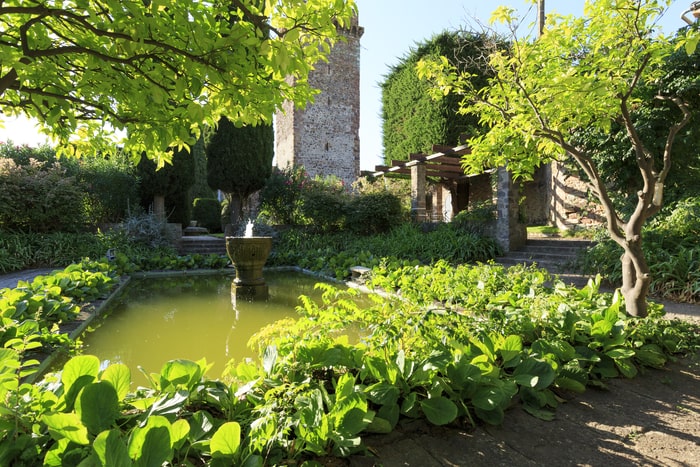 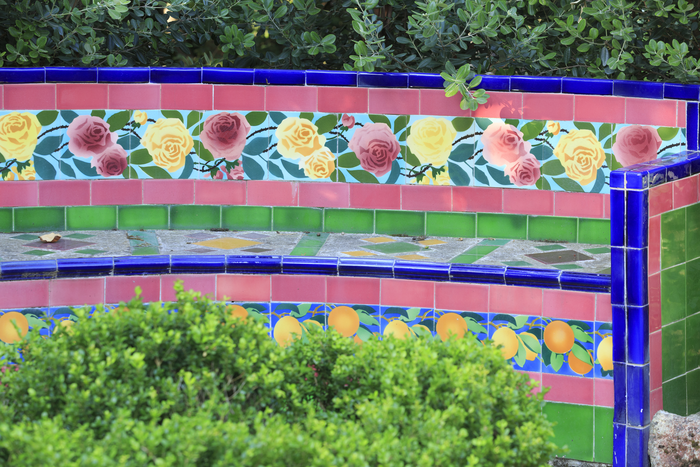 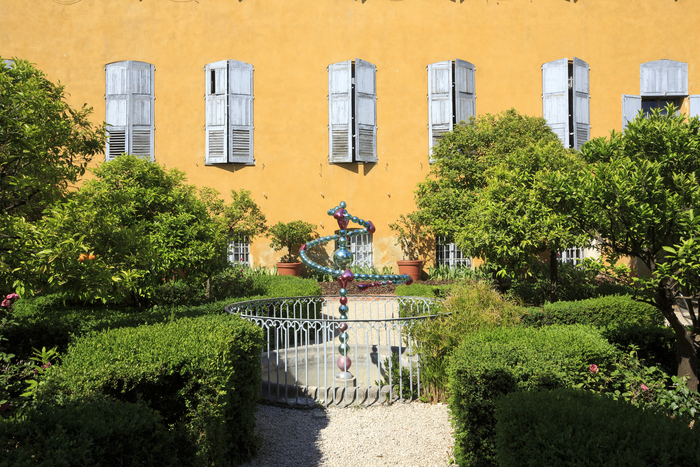 An Eclectic Selection for Visitors

The real beauty of the Côte d’Azur’s array of gardens open to visitors is the vast diversity of styles and locations – all you need to do is a little pre-planning to make the most of your trip, and to ensure you cherry-pick the gardens that suit your taste.

All of which means there is something for everyone: from secret gardens tucked away in hotel grounds (Nice’s Hotel Windsor, with its giant bamboo and fig trees, is a prime example) to gardens at the International Perfumery Museum in Mouans-Sartoux (a sensory extravaganza in Pays de Grasse perfume country); and from stately homes and châteaux (such as the splendour of American Henry Clews’ gardens at Château de la Napoule) to private gardens like L’Argelière in La Gaude, boasting everything from roses to tropical plants.

As well as plenty of gardens at museums and monastic sites, there are also some more quirky jardins to pique your interest, such as the five-hectare Fontmerle Pond near Mougins, with its astonishing lotus flower collection. 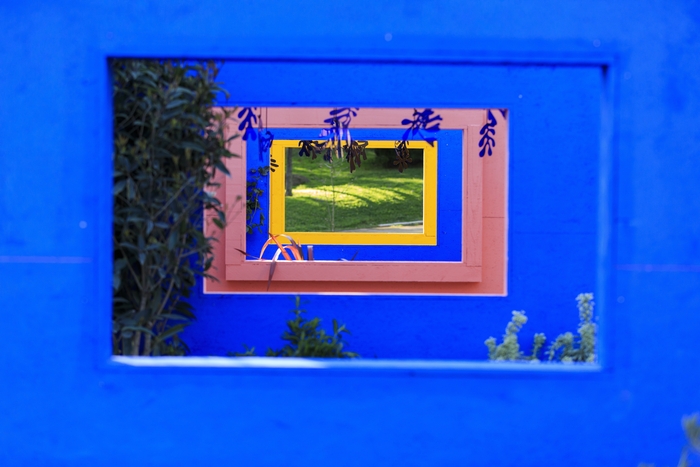 This free biennial event, organized by the Département des Alpes-Maritimes, is dedicated to gardens throughout the region during the month of April, and showcases the very best of Riviera gardens, plus horticultural talent from around the world.

Its aim is to attract a wide range of lovers of nature, gardens and botany: these include residents of the Alpes-Maritimes, visitors from all over the globe, schoolchildren, design, architecture and horticulture students, plus artists and industry professionals. 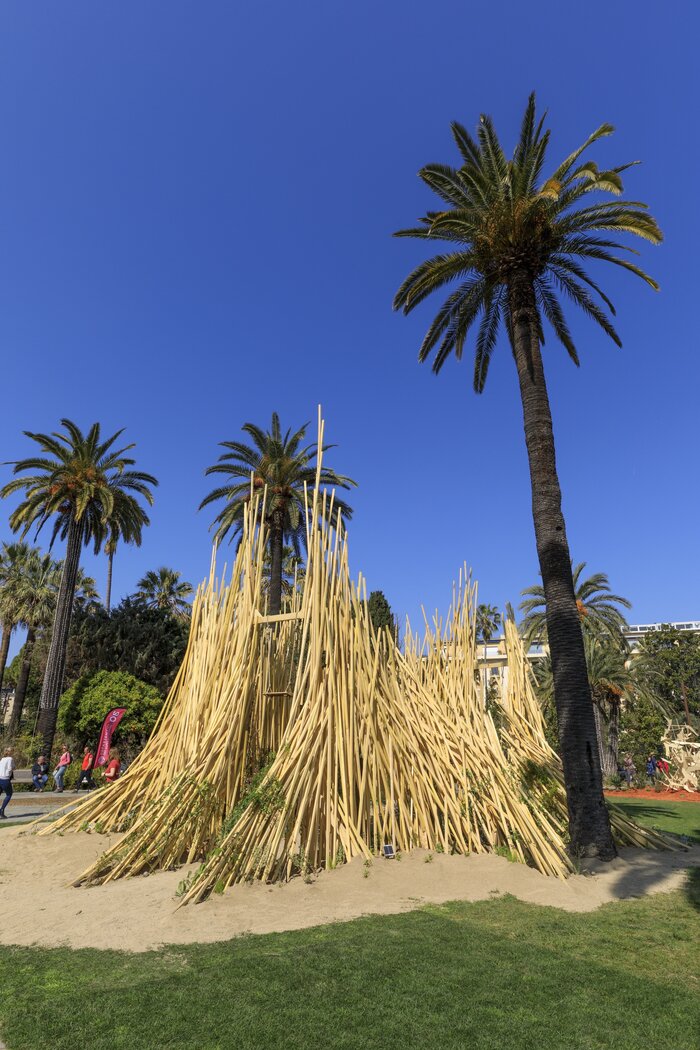 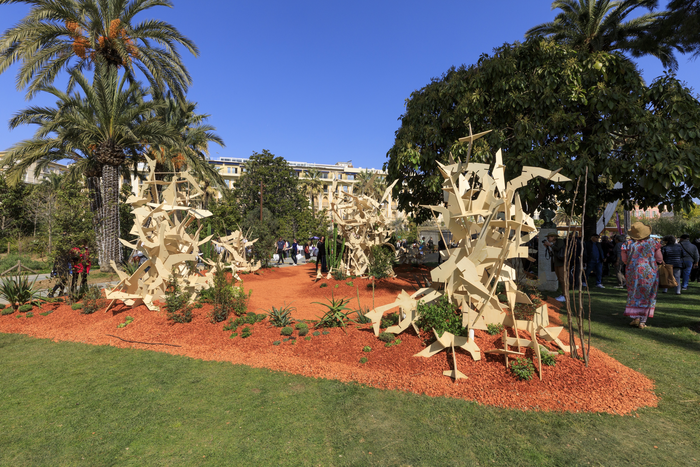 There is a different theme for each edition: 2017’s inaugural event was all about “Awakening the Senses” while 2019’s featured “Mediterranean Dreams”. The chosen theme for the next festival, taking place from Saturday April 3 to Wednesday April 28 2021, is “Artists’ Gardens”.

Gardens have always inspired the greatest artists in the fields of literature, sculpture, painting, cinema and photography, and the region has endlessly lured creative types thanks to its landscapes, wonderful light, stunning villages and seaside resorts, and an untouchable art de vivre. 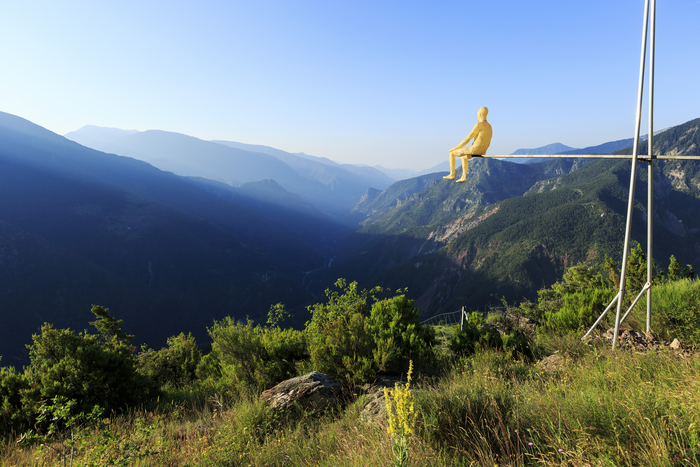 The 2021 festival will feature 17 landscape creations in competition, located at six Côte d’Azur sites: Antibes, Cannes, Grasse, Menton, Nice and Monaco, with two or three gardens of around 200m2 at each site.

Each will focus on the challenges of sustainable gardening, with three separate juries and four prizes in total to be awarded:

A “coup de coeur” will be awarded by each of the three juries.

There will also be more than 10 exhibition gardens out of competition in the Alpes-Maritimes department, as well as various conferences relating to the artistic theme and plenty of activities – including film screenings, workshops, visits, exhibitions, treasure hunts and shows.

The festival boasts the “Green Deal” label – reward for its environmental credentials such as a “pro-pollination” message and a commitment to educating the general public on environmental issues.

To plan your own trip to explore some Côte d’Azur gardens, first head to the website. 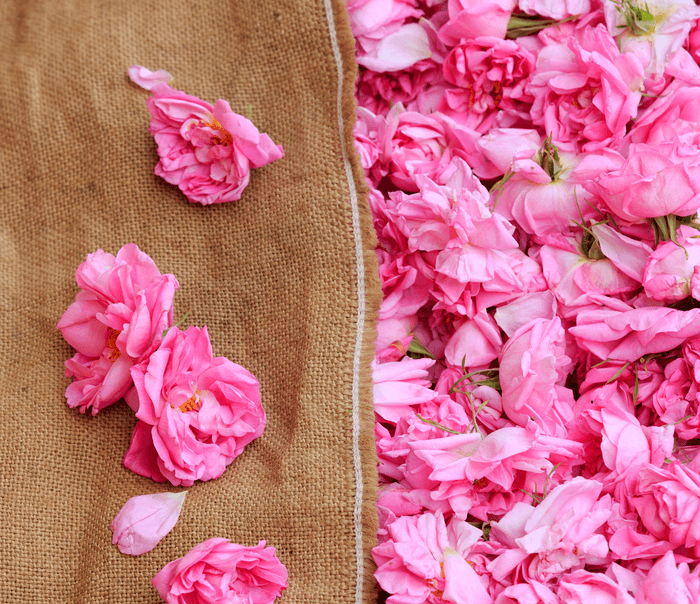 Previous Article Adding French Joie de Vivre to Your Holidays
Next Article My Life in Paris: Life is Sweet