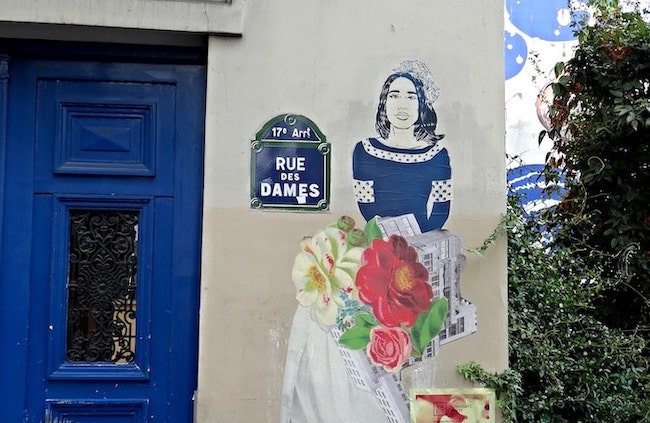 The convivial Parisian street with many stories to tell

Word has it, it’s the place to be when the clock strikes aperitif o’clock. Rue des Dames, in the Batignolles district, stretches from Avenue de Clichy to Rue de Lévis, and was so-named because it led to the Abbaye des Dames de Montmartre, the name appearing on records as far back as the 17th century.

Among its claims to fame, Rue des Dames used to be home to Studio des Dames, where until the late 80s musical stars such as Dalida, Johnny Hallyday and Renaud recorded their hits. It also holds the more sobering distinction of being one of the streets bombed by Zeppelins during the First World War. As recorded by Gérard Hartmann in Terreur sur La Ville, on a clear night in March 1915, railway employees in the north of France gave the alert that four Zeppelins were heading for Paris at great speed. Repelled by artillery, they veered off course northwest of the centre, dropping their bombs, one of which exploded at 7 rue des Dames.

On a more felicitous note, today Rue des Dames is dotted with choice spots to spend time enjoying a glass or two accompanied by a platter of excellent charcuterie at very reasonable prices. Less touristy than neighbouring Montmartre, the zinc-topped counters are frequented by students, office types and visitors alike. One for your little black book.

Previous Article Dominique Crenn: Rebel Chef
Next Article In the Footsteps of Jules Verne in Nantes