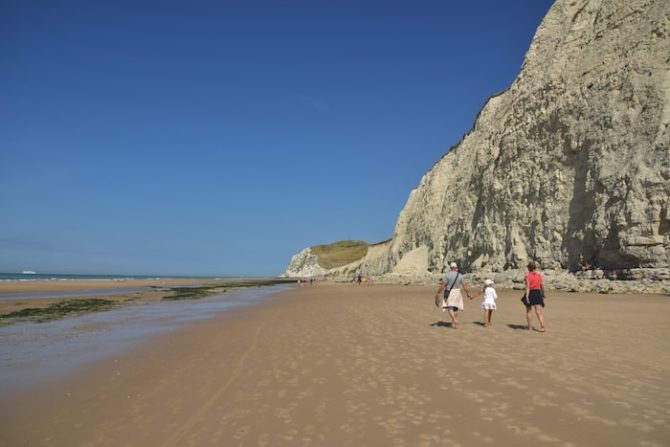 The impact of Covid-19 on tourism has been devastating. And yet in learning to adapt, France is finding fresh new ways to share its culture with visitors. Marion Sauvebois reports

In the wake of quarantines for travellers and Europe-wide coronavirus spikes, the tourism industry is feeling its way through unprecedented times. The threat of further travel bans and plummeting international tourism looms large. But while the pandemic has thrown the industry – and the world – into disarray, it has forced a fundamental rethink. Some believe it has been a wake-up call in the midst of rampant over-tourism.

“It was a jolt and it spurred us into action in a very positive way,” says Léa Dorothée, of the international tourism development team at the Centre des Monuments Nationaux (CMN). “We’d been wondering for some time how to improve visitor experience and these ongoing discussions allowed us to react quickly, to put ticketed and timed entries in place. Although we’ve had to postpone openings, like the launch of the Hôtel de la Marine in Paris, which has now been delayed until April 2021, we’ve been able to maintain events, scheduled exhibitions and musical performances at many of our monuments.” The late Christo’s much-anticipated ‘L’Arc de Triomphe, Wrapped’ pop-up installation has also been postponed until next year.

“Visitor numbers have dropped by half in some parts of the country, which was to be expected,” Léa says. “But we are hopeful for the future. And it has given us food for thought. We’ve been thinking about new ways to engage with visitors, like live virtual tours led by monument employees.”

Amid plummeting visitor numbers in the capital and elsewhere, the question of sustainability and a possible U-turn on mass tourism has reared its head once again.

“One of the upsides of this whole situation is that visiting monuments, particularly in Paris, has been a joy. We have very few visitors and these are visiting conditions we will never experience again. People are discovering and rediscovering our monuments in a way that had become impossible. And it’s not just visitors – our staff have been delighted to allow people to discover these monuments in their optimal form and to give them room to explore.”

Case in point is one of the CMN’s flagship Parisian attractions, the Panthéon. Entry is timed and limited to ticket-holders only, with just 250 visitors allowed in every 30 minutes, offering a lucky few the unique chance to roam the mausoleum’s crypt – the final resting place of such behemoths as Marie Curie and Voltaire – free from the insufferable throngs of selfie-stick-toting holidaymakers. The intimate and decidedly more relaxed atmosphere is, of course, slightly offset by the strange yet all-too-familiar sight of hand-sanitiser-squirting, mask-clad visitors gingerly swerving past one another.

“The monument is so vast, we’ve been able to manage the flow of visitors with timed entries and our visitors have really played ball. They understand the social-distancing constraints we’re bound by.” In light of the pandemic, the eagerly-awaited Victor Hugo exhibition, set to mark the 135th anniversary of the writer’s death and burial at the mausoleum, has been pushed back to December. 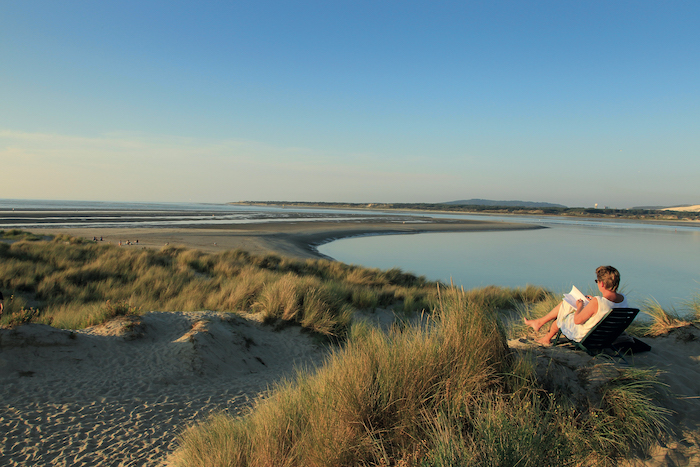 There’s plenty of space to relax in France’s
generous regional parks and beauty spots, such as Le Touquet. Photo © AS. Flament

But not every monument is so neatly laid out for post-pandemic foot traffic. Countless châteaux have had to significantly reduce entries, cancel private tours altogether and do away with audio-guides for obvious sanitary reasons for the foreseeable future. Meanwhile, a volley of attractions, historic villages and tourist hotspots have seen their cultural calendar pared down to the bone in light of the Government’s social distancing rules and ban on mass gatherings of over 5,000 people. From Carnac’s son-et-lumière to La Rochelle’s Les Francofolies, hundreds of festivals have been either cancelled wholesale or postponed until further notice.

This unprecedented state of affairs has prompted many regions to go back to basics, by steering away from museums and other currently untenable visitor favourites and instead capitalising on their wide-open spaces and natural heritage.

“We started off with very complicated ideas and we quickly came back to fundamentals,” explains Pas-de-Calais Tourisme director Diana Hounslow. “We asked people, ‘What is the first thing you would like to do and where would you like to go coming out of lockdown?’ and they said they wanted to stay in the country, in a cottage, mobile home or campsite, not to close to their next-door-neighbours. They wanted large open spaces. In fact, the figure for camper-van purchases has gone through the roof. People want to be completely autonomous on their holidays.

“Pas-de-Calais, of course, is highly rated on that level. It’s a superb place for walking and cycling. We have 120km of pale sandy beaches, cliffs and dunes. Our beaches are enormous and there could be 1,000 different people there and they could easily be 100m from each other. Equally 80 percent of our landscape is countryside. We’re not usually a destination that French people think about but we’ve now been inundated with requests from Paris.”

Ready-made for a post-pandemic world, national parks, nature reserves, vast stretches of beaches, forests and the like have proven a magnet for domestic tourists desperate for a taste of the great outdoors after weeks spent in lockdown. And one-way systems aside, getting these green oases fit to welcome holidaymakers has required very little effort from a health and safety point of view. That said, indoor attractions, subterranean landmarks (“I’ve been amazed at how Arras’s Wellington Quarry has managed to work around the pandemic,” Hounslow points out) and businesses have by no means been left by the wayside. In fact, Pas-de-Calais Tourisme has piggy-backed off a national campaign to signpost Covid-19 compliant hotels, restaurants and the like. Anyone unsure about a particular shop, B&B or company can verify its credentials with a simple click on the Pure et Sure map available on the tourism board’s website.

“It’s not an exhaustive map by a long shot but it gives you a good idea of what’s around,” she adds. “We check these providers but we don’t hand-pick them. It’s been a good way to reassure businesses as well. They have been through the mill and we really wanted to help them. I think it’s offered a better experience for visitors. There’s definitely been a change of mood in tourism too, a sort of solidarity. The competition seems to be disappearing. People all quite happily send each other business.”

Similarly, in Bourgogne-Franche-Comté, since the end of confinement the onus has been placed firmly on the super-region’s swathes of forests, lake-studded reserves and vineyard-dotted countryside. Since May, the Morvan Regional Natural Park has seen a record number of visits, while summer bookings went through the roof in the often-overlooked Jura.

“The Morvan Regional Natural Park is celebrating its 50th anniversary this year – a bit of a strange anniversary,” muses Véronique Beigenger at Bourgogne-Franche-Comté Tourisme. “But we’ve never seen so many people there. People want to be outside as much as possible, stay in unusual accommodation with lots of outdoor activities – which we have plenty of here. Our advantage is that we’re a region with green spaces, cycle paths ideal for day trips… there is room to move around. And, of course, we have the new national Parc National des Forêts de Champagne et Bourgogne.

People have made the most of being outdoors, climbing, taking the opportunity to enjoy new activities.” These include the newfangled sylvothérapie, which taps into the healing and cleansing power of trees – it’s definitely worth a try in the midst of the worst crises in living memory!

In this topsy-turvy world of ours, what were previously perceived as weaknesses have also become strengths, she enthuses. “Our hotels don’t have the same capacity as in other areas – we’re not the Côte d’Azur! Occasionally, we used to moan about it, but it has been a boon in the current situation. It means they’re easier to clean and disinfect, for a start. They are reassuringly small, and this means people are not on top of one another.” 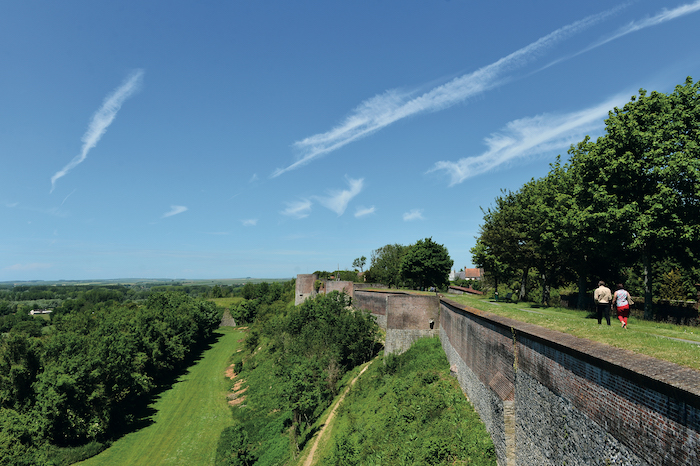 As for the area’s bread and butter, wine tourism, it has remained steady despite initial fears surrounding the practicality of enforcing social distancing in cellars. In fact, to reassure oenophiles, the Bureau Interprofessionnel des Vins de Bourgogne has compiled a list of vineyards and caves, covering anything from revised opening hours and new appointment-only policies to tastings and other family-friendly activities on offer.

“It’s really picked up,” adds Beigenger. “Even before the pandemic, we weren’t dealing with mass tourism so it’s still a relatively relaxing experience. We haven’t needed to implement major changes. You just drive to a vineyard as you would and if people are already doing a tasting there, you’re asked to wait. The producers are taking every precaution. So far we haven’t had any problems.”

With a renewed focus on domestic and hyper-local tourism and a refreshing back-to-basics approach (one which could sound the death knell for over-tourism), there is a palpable sense of cautious, but certainly not blind, optimism.

Whether this will all be enough to hedge against the worst pandemic in recent history – the economic and social ramifications of which will no doubt be felt for years to come – is anyone’s guess. “It was such a frightening time,” recalls Hounslow. “In the beginning it was panic stations. All the tourism institutions knew we had to do something really quickly. It’s been a rollercoaster ride and we’ve certainly learned a lot in a short space of time.

“We’re optimistic in the sense that we are now organised, which makes it a little bit easier. We don’t want to be in lockdown a second time. Safety is a priority. It’s an investment in the future. 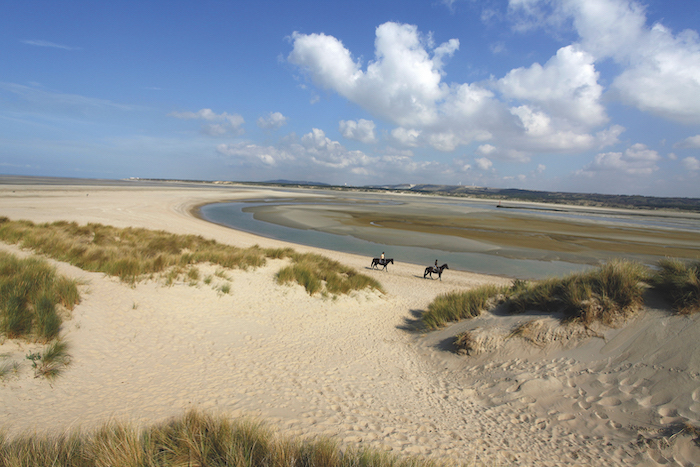