10 Reasons to Visit the Ardèche 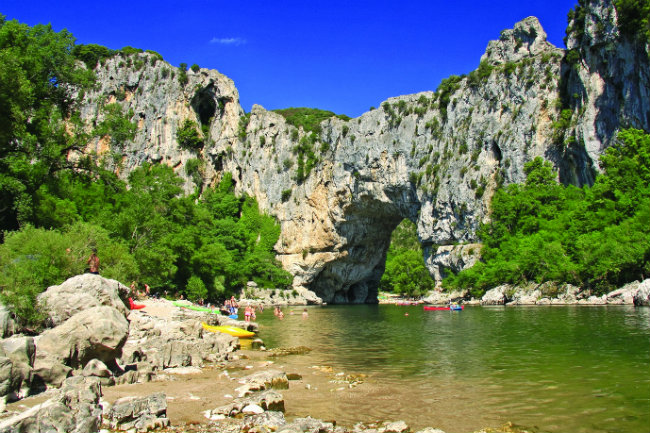 The Ardèche département in the Auvergne-Rhône-Alpes region offers a variety of prime attractions, both entirely natural and man-made, at a wide range of altitudes…

The French normally get a bit testy when forgers copy their greatest artists, but not when it comes to this perfect replica of the 36,000-year-old Chauvet-Pont-d’Arc cave, with its 1,000-odd Paleolithic paintings. Tourists aren’t allowed in the original cave as the open air would degrade the images. Instead, there’s this perfect facsimile which took four years to construct and cost €55m. Official website: www.cavernedupontdarc.fr. France Today’s article.

Not far from the village of Péreyres is a huge waterfall called Ray-Pic which tumbles 60 metres to a solidified lava flow. You can get close up via a lookout but, unfortunately, you’re not allowed to swim or wash your locks.

STICK YOUR OAR IN

Thanks to its many rivers, the Ardèche is famous for canoeing and kayaking. Through the gorges of the Ardèche River is the standout trip as it includes rapids and a breathtaking section beneath the famous natural arch of the Pont d’Arc. There are plenty of other great stretches, too, including the Chassezac, the Eyrieux and the Doux. For more information on local instructors and guides, click here. 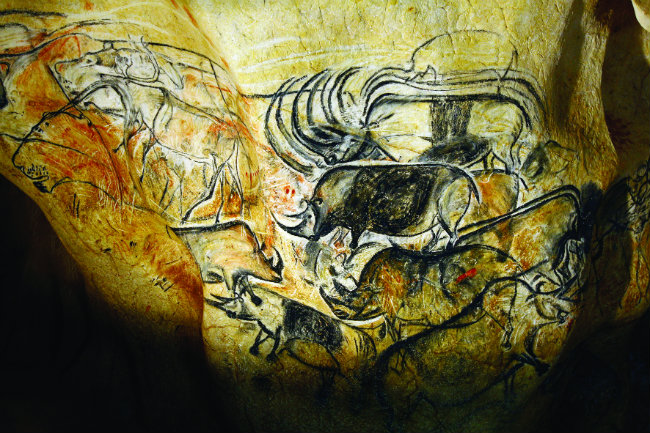 SOURCE OF THE LOIRE

So perfectly shaped that it’s like a cartoon mountain, the 1,550-metre volcanic peak of Mont-Gerbier-de-Jonc rises from a plateau and at its base are three springs forming the source of the Loire river, which reaches the sea some 630 twisty miles later.

Near Les Vans lies the Bois de Paiolive, a labyrinth of bizarre rock formations in a forest of oak. Locals have named the formations and created mythical stories around them. Website: Ardèche Guide

Other French canyons make this claim but the Ardèche River’s gorges – especially the 35km section between Vallon-Pont-d’Arc and Saint-Martin-d’Ardeche – are truly stunning. The serpentine river has sculpted incredible canyons, caves, arches and rapids. Admire them from the road or a canoe.

The Ardèche produces half of the entire French chestnut harvest – that’s 5,500 tonnes a year – which means you can’t pass through without trying one of the nut’s many gorgeous gastronomic forms: fresh, dried, puréed, glacés, even distilled into a liqueur. 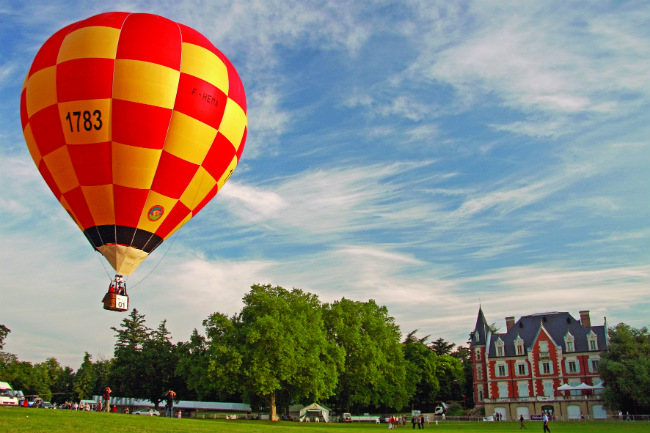 In June 1783, the Montgolfier brothers took off from Annonay in the world’s first hot-air balloon. The town has since produced two museums, an annual festival and plenty of balloon operators. Website.

Wander the medieval streets of the département’s capital, Privas, and you’ll be bombarded by ads for the local dish of marrons glacés (glazed chestnuts). Use them as fuel for your visit to Privas’ key sites: the Diane de Poitiers tower, the Louis XIII bridge and the Recollets chapel and park. Finish by climbing Montoulon for views across town. Website: www.tourisme-coeur-ardeche.fr