12 Villages to Visit in Vaucluse 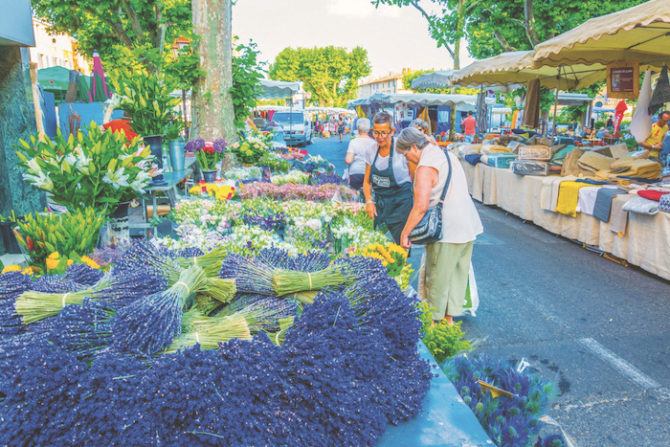 Bustling markets, medieval squares and spectacular views await you in this most beautiful corner of France

Related articles: Vaucluse, The Beating Heart of Provence
What to See and Do in Vaucluse

This old Roman town’s Sunday market is one of the biggest and most authentic, its stalls lining the winding cobbled streets. Colourful Apt faïence ceramics, once reserved for the Avignon popes, is sought-after worldwide, and the city is home to the region’s major lavender distilleries. 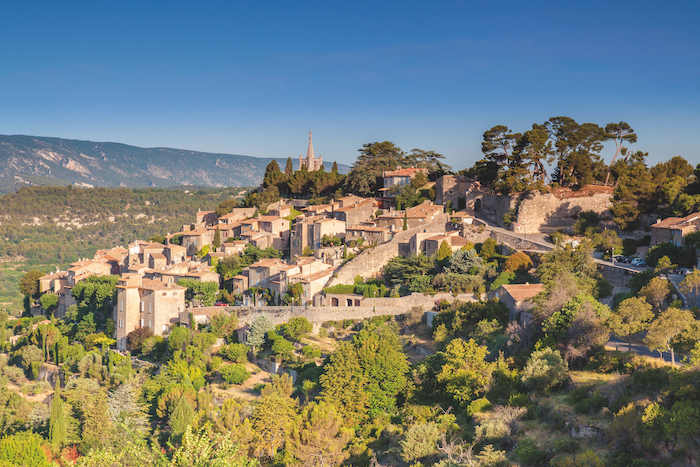 One of the loveliest of the Luberon hilltop villages, its well-preserved ramparts, 12th-century towers and hilltop church afford stunning views. But for the best vistas – and the freshest air – the Forêt des Cèdres’ 750 acres of 150-year-old Atlas cedars is a splendid place for a walk. 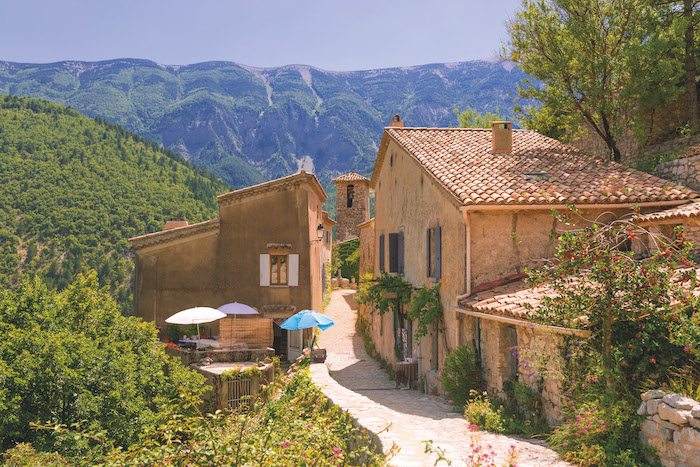 An eagles’ nest of a village perched high in the mountains between the beautiful Drôme and the Vaucluse, Brantes (population: 86) has breathtaking views of the Toulourenc Valley. At Christmas, artisans open their ateliers to sell hand-crafted Santon nativity figures. 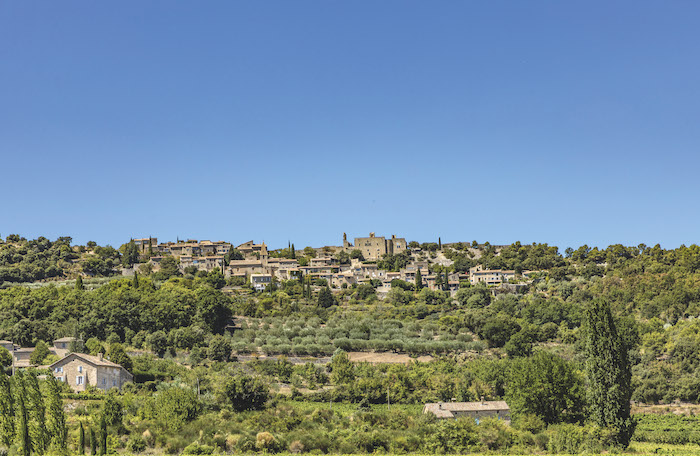 The winding streets of this untouched, impossibly picturesque village near the Vaucluse border can be explored in an hour. Relax at a local café perched at the village summit for stellar views or continue over a rocky road to the elegant Chêne Bleu wine estate to sample their award-winning wines. 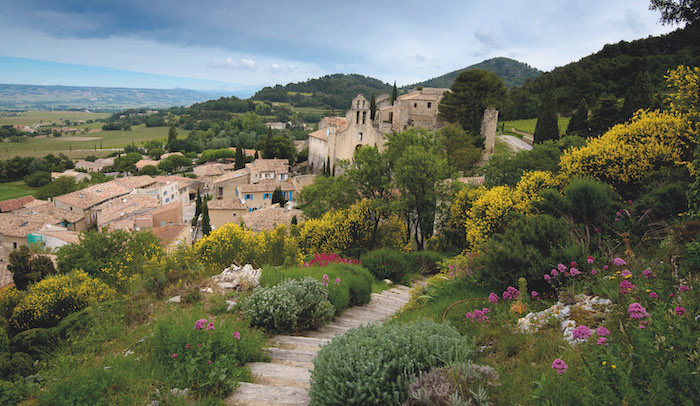 At this Côtes-du-Rhône wine village surrounded by vineyards, follow the cobbled walkway through the delightful town past a spring (with drinkable water), a cultural centre and gardens up to 11th-century Sainte Catherine’s church and the ancient château ruins with views for miles. 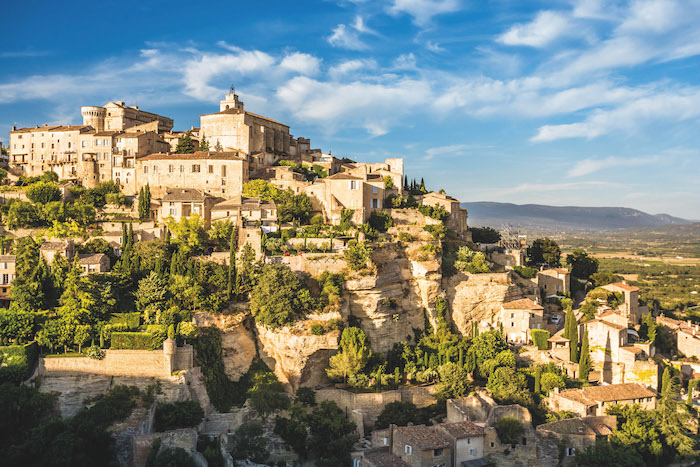 This postcard-perfect perched village is home to the Bastide de Gordes, the Vaucluse’s only Palace hotel, set into the cliffside, while Michelin-star restaurants Les Bories and Hostellerie le Phébus draw the foodie crowd. Abbaye Notre-Dame de Sénanque and Musée de la Lavande are nearby. 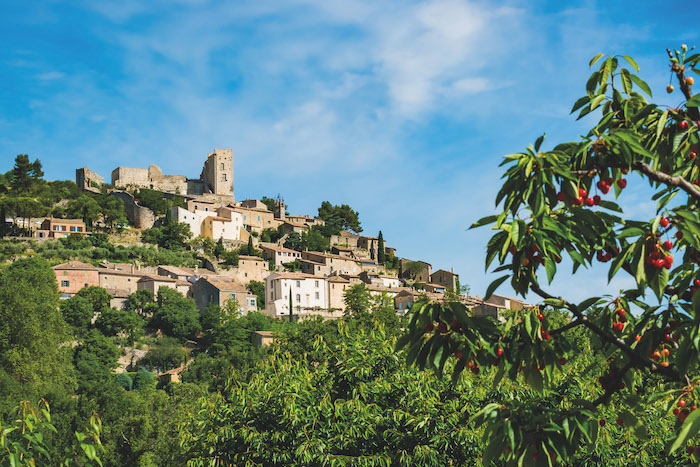 A scenic terraced village and the historic family seat of the Marquis de Sade. In the 90s, designer Pierre Cardin bought up dozens of houses and founded a now-famous arts and theatre festival held every July. Home of the respected Savannah College of Art and Design (SCAD), global art experts flock here. 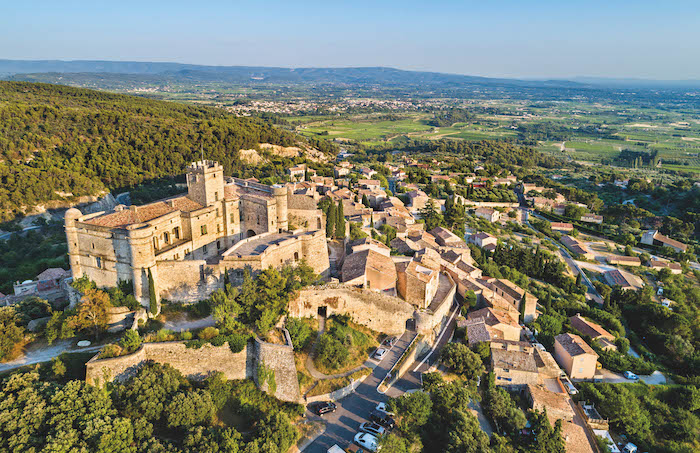 This charming hilltop village is a joy to explore on foot, with its Romanesque church and ancient town houses on the Rue Saint-Denis. Topping the village, an 11th-century château hosts cultural events and affords stunning views of Mont Ventoux and the ragged Dentelles de Montmirail. 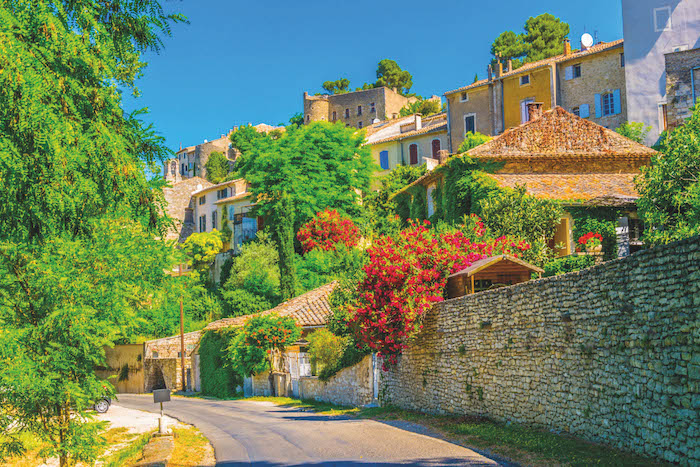 This elegant Plus Beau Village de France was beloved of artists such as Nicolas de Staël and Dora Maar, who spent the last decades of her life here (her home can be visited in summer). At the Maison de la Truffe et du Vin du Luberon you can sample and stock up on the local delicacies.

This picturesque Plus Beau Village at the foot of the Dentelles de Montmirail is surrounded by forests and vineyards. Pass through its 14th-century fortifications at one of three portes to see the Fountain of Mascaron, and the 10th-century Church of Saint-Denis. 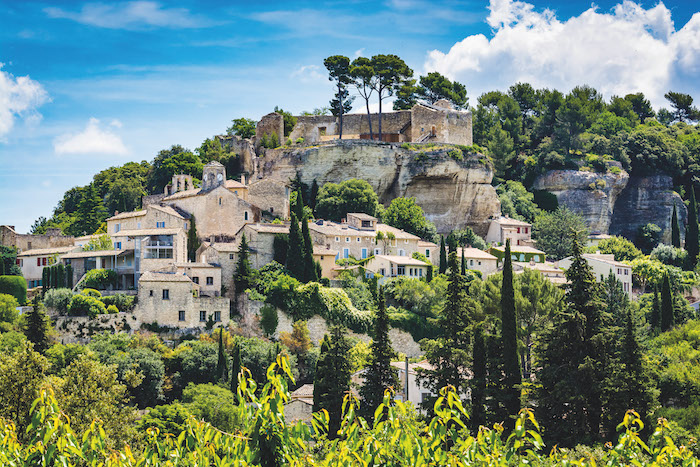 This superb one-street town clinging to a rocky ledge has more than its share of beauty and history: an 11th-century baptistery with Roman vestiges, Notre-Dame de Vie church, which dates to the 6th century, and three Saracen towers. In March, it is awash in cherry blossoms. 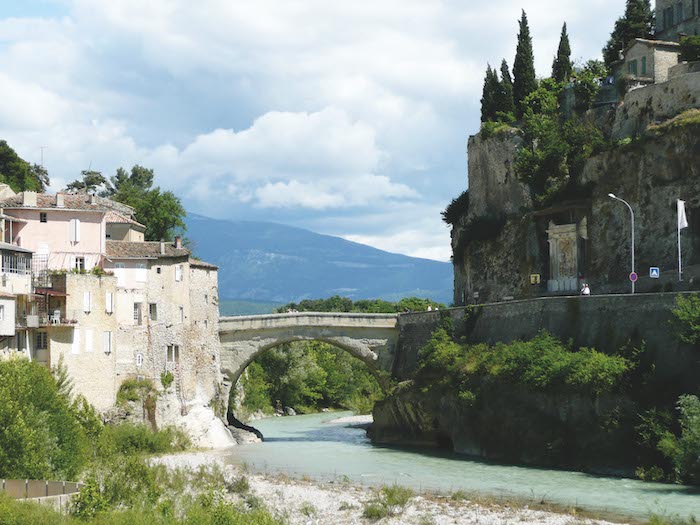 Bisected by the Ouvèze River with its soaring Roman bridge, Vaison’s medieval old town rises to a peak crowned by a ruined castle. Crammed with Roman remains, it is easily traversed by foot, and visitors will enjoy this artsy town’s leafy squares, art galleries and Tuesday market.