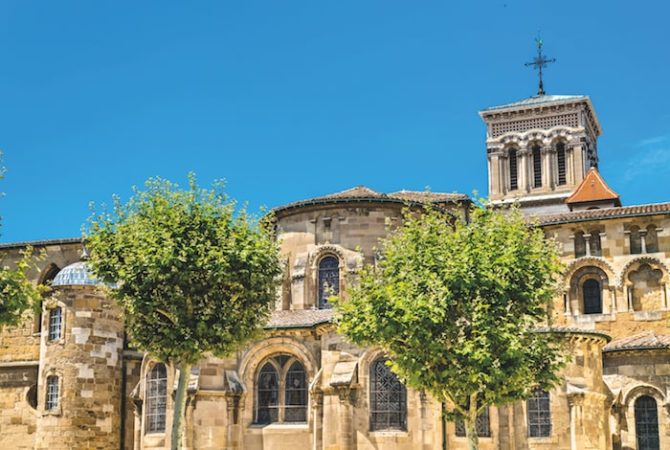 Nestled on the eastern bank of the Rhône, Valence has long boasted the river’s largest marina for private craft. Just south of the city, the Port de l’Épervière is a popular and affordable mooring spot just one hour from the Mediterranean. But in summer 2020, this relaxing small city will host a new audience of floating holidaymakers with the fresh opening of moorings for river cruise operators near the city centre. Roman Valentia grew steadily thanks to its strategic location at the confluence of the Rhône and Isère but, in recent years, the city’s enviable position has often worked against it. Sandwiched between the cultural and gastronomic big-hitter that is Lyon and the allure of Provence to the south, Valence is too often bypassed by travellers whizzing past on the A7 ‘Autoroute du Soleil’. 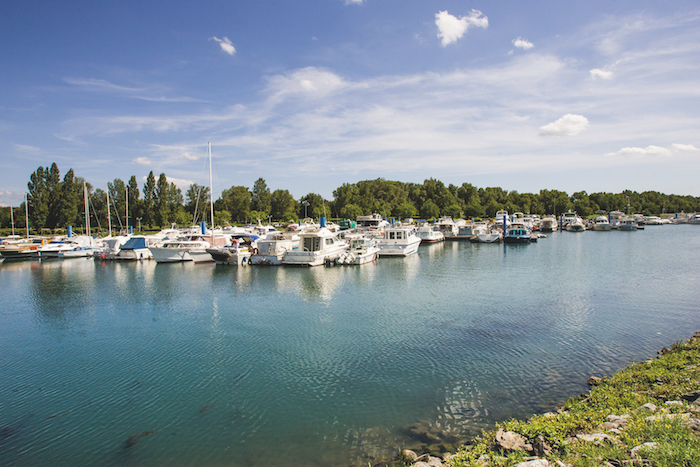 However, make a tiny detour and you’ll be well rewarded by the prefecture of the Drôme, the leading organic département in France. Within minutes of turning off the motorway, I was parking up behind the four-star Hôtel de France on Boulevard Général de Gaulle in Valence city centre. Ten years ago, this broad boulevard was infamous or its heavy traffic but the opening of a second bridge south of Valence provided cars with easy access to the ring road, and now Boulevard Général de Gaulle has been transformed into a pleasant tree-lined avenue. Right at its heart, the Hôtel de France’s contemporary rooms, quiet terrace and private car park make a great base for exploring on foot.

Cross the road from the hotel and you are plunged into the medieval quarter, now largely pedestrianised and offering tempting boutiques and café terraces. Look out for the Maison des Têtes, a sumptuous property with an interior courtyard and some eye-catching sculpted heads that was built as a private mansion at the beginning of the Renaissance.

A Rich History of Art 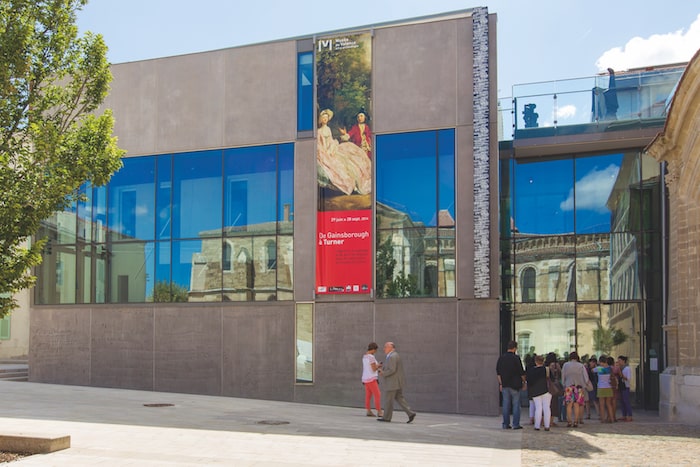 At the heart of the medieval town stands the Romanesque Cathedral of Saint-Apollinaire and, next to it, in the former Bishop’s Palace, the Museum of Art and Archaeology (well worth an hour or two of anyone’s time). On the third floor, a purpose-built gallery flooded with natural light is home to mosaics lifted from a villa near the city. And look out for the seemingly insignificant piece of bone believed to be the earliest known calendar. Head to the rooftop platform for a sweeping river and city panorama, then work your way down through the art treasures, making sure to stop at the collection of paintings by 18th-century artist Hubert Robert. Appointed Keeper of the King’s Pictures by Louis XVI and famous for his scenes of romantic ruins, ‘Robert des Ruines’ was imprisoned in 1793 during the Revolution, but was later part of the founding committee for the Louvre.

Valence has a substantial student population, which makes for a buzzing café lifestyle, so it’s the perfect location for Brasserie la Valentinoise, a craft brewery in rue Sabaterie run by local lad Cyril Faure. Choose from six organic house brews plus seasonal specialities, which are also on sale in bars and restaurants around the town.

But don’t worry that you’ve over-indulged when you find yourself in Place Charles Aznavour, named after the French-Armenian crooner who died in 2018. Behind this shady space, the refurbished Armenian Heritage Centre celebrates the history of the people who fled the genocide of 1915, arriving by boat at Marseille and following the Rhône inland. A tenth of Valentinois are of Armenian origin. 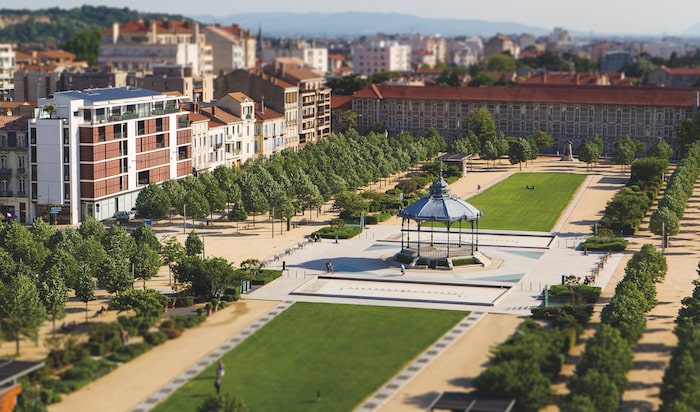 Valence’s parks are exceptional and well worth a stroll. IMAGE © GILLIAN THORNTON

Valence is proud of its many green spaces and between the motorway and the city centre, you’ll skirt Jouvet Park, classified Jardin Remarquable since 2006 for its exotic trees and floral beds. Approach the park from the station on the far side and you’ll cross the Champs de Mars, home to the city’s most famous monument, the Peynet Kiosk. In 1942, artist Raymond Peynet spotted a lone violinist playing on the bandstand for a young admirer and was inspired to create Les Amoureux, a cute cartoon couple who appeared in advertising literature and collectables across many decades. But you’ll need to visit the Peynet museum in Antibes to appreciate the industry kick-started by this lucky encounter in Valence.

From Parc Jouvet, tranquil trails lead south through unspoilt riverside woodland to the Park and Port of Épervière, Europe’s largest river marina. Alternatively, hire a bike and follow the ViaRhôna cycle path. For maximum miles with minimum effort, I hired an electric bike from Carbone Zéro in the city centre.

Valence also boasts another green network: the Canal du Thon and the Canal de la Grande Marquise are the main arteries of a 17km waterway network in the heart of the city. Carefully protected, these historic canals are an important part of the city’s ecological and historical heritage, celebrated each June by the Fête des Canaux. Pick up a free map from the tourist office to discover verdant towpaths, varied waterfowl and abundant wild flowers.

Need a breather? Stop off at Le Victor Hugo, an atmospheric Art Deco café fronting onto Avenue Victor Hugo. Formerly the N7 main road, this is France’s answer to America’s Route 66, ‘La Route des Vacances’, between Paris and Italy before the advent of motorways. 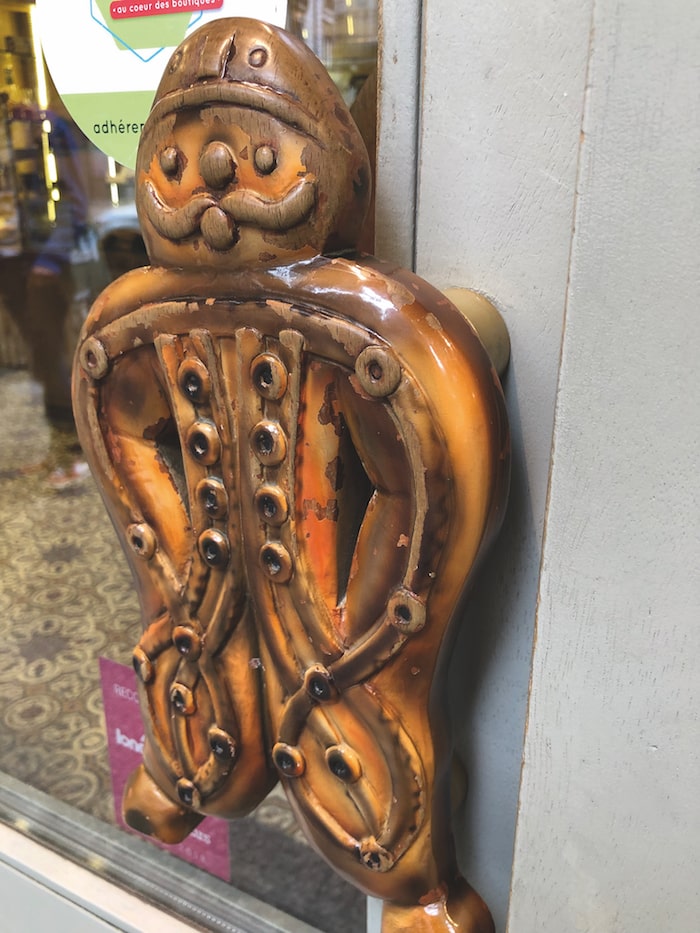 The charming door handle at the Nivon bakery is in the style of a Suisse, a local delicacy traditionally eaten at Easter. IMAGE © GILLIAN THORNTON

For a taste of Valence, indulge yourself in a pogne, a sweet bun topped with sugar, or maybe a Suisse, a crisp orange-flavoured biscuit in the shape of a Swiss guard. Traditionally eaten at Easter, they are modelled on the uniform of the Papal Swiss Guards of exiled Pope Pius VI, who died in Valence. Buy both goodies at Nivon bakery on Avenue Pierre Semard near Valence-Ville station.

But when it comes to food, it’s Anne-Sophie Pic who’s the city’s star player, a third-generation Michelin-starred chef and the only woman to be awarded three coveted stars. Her culinary empire is still centred on Avenue Victor Hugo where her grandfather’s original hostelry – originally surrounded by fields some 2km from the town – has morphed into an elegant, understated hotel with gastronomic restaurant. Expect Baccarat crystal glasses, fine china and food to remember long after the holiday is over.

If Maison Pic is a bit beyond the budget, there are other more affordable ways to enjoy Pic cuisine. I ate at Chez André, Pic’s brasserie-style restaurant, recently renamed in honour of her grandfather rather than its previous name of Le 7 after the N7 on which it stands. Or pick a scrumptious sweet or savoury verrine or three for a summer picnic from L’Épicerie across the street.

There’s a Pic cookshop, too, selling all manner of useful kitchen gadgets, or do as I did and sign up for a cookery or wine-tasting course at Scook, Pic’s popular cookery school. I spent a fascinating 90 minutes tasting Syrah wines accompanied by carefully matched canapés from the Pic kitchen and came away with a much greater appreciation of the local grape. But please don’t ask me any difficult questions… 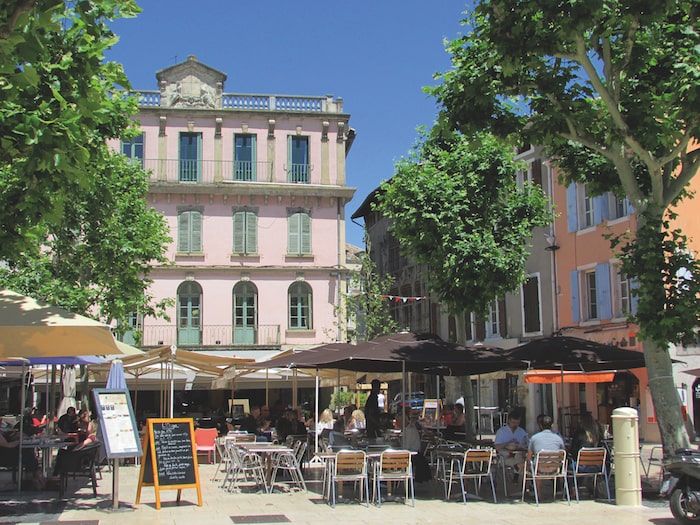 Previous Article An Introduction to Driving in France
Next Article Restaurant Reviews: Racine in Reims