Exploring the Ancient Vineyards of Burgundy, Now Classified by UNESCO 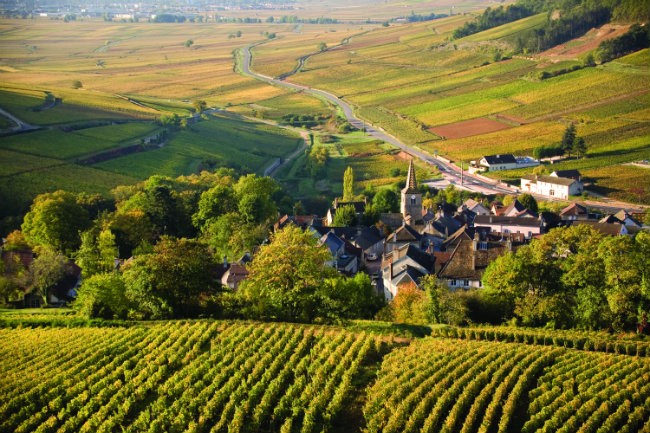 The quality of a vineyard depends on multiple factors, including the soil, the slope of the ground, exposure to sun and grape variety. To the uninitiated, the scenic ‘Route des Grand Crus’, between Dijon and Beaune, weaves through a patchwork of neatly combed vineyards, which all seem pretty similar to each other. However, a closer look reveals an intricate pattern, shaped by human cultivation over the centuries. Paradoxically, the character of grapes thrives when the vines have to struggle and dig deep to take hold. The greatest wines grow at the foot of the hillsides, not too flat and not too steep, where the soil, the drainage and the angle of the sun are just right.

The history of Burgundy’s climat system begins with the Romans, but it was in the early Middle Ages that it really took hold. Wine was necessary to the celebration of mass and was exported all over Europe. Wine-making monks in Burgundy noticed that the vin produced from one plot had very different characteristics from the wine coming from others closely adjoining it. Year after year, through trial and error, they kept painstaking records of the flourishing industry – the first climat denomination is believed to date back to the year 640AD and concerns the Clos de Bèze in Gevrey-Chambertin. This was the emergence of ‘critical differentiation’.

The word climat has nothing to do with the weather – it comes from the Greek ‘klima’, meaning the slope and angle of the sun in relation to the ground – and it refers to the intricate system of classification of Burgundy’s precisely delimited vineyards. Bernard Pivot, journalist and Chairman of the Académie Goncourt literary society, said, “anywhere else, when you talk about climate, you look up to the sky, but here in Burgundy, you look down at the ground”.

During the mighty and prosperous years of the duchy of Burgundy, a realm which extended all the way north to Amsterdam, wine became a tool for power and wealth, symbol of good taste and refinement. In 1395, Philip the Bold issued the first ordinance that provided the basis for the production of quality wine, banning the Gamay grape, an “affront to the human creature”, in favour of the less bountiful but higher quality Pinot Noir.

The monks continued to zero in on the boundaries, naming and marking them with low stone walls and gates which are still standing today and give shape to a mosaic of odd-shaped vineyards, some no larger than a regular suburban garden. It was this ceaseless quest for quality and the steadfast attachment to authenticity, kept alive by vignerons through the centuries, which saw the Climates of Burgundy recently awarded prestigious UNESCO World Heritage status.

This achievement, which was powered by a dedicated team of proud Bourguignons, took eight long and arduous years – at times, it seemed as if the award was never going to be bestowed. Among hugs, cheers and more than a few tears, the UNESCO awarded the climats World Heritage status on July 4, 2015, in recognition of their exceptional universal value. The President of the Côte-d’Or Council, François Sauvadet, said, “they are the highest expression of our terroirs and the values that give them life: hard work, perseverance, the taste of excellence in everything, and the alliance of tradition and modernity”.

The climat system is unique to Burgundy. It’s a little similar to the ‘Châteaux’ system used for Bordeaux wines, but instead of focusing on the brand of the property, it designates a ‘patch’ of land. The term ‘terroir’ refers to a natural region with homogeneous resources and production, but these become climats when they’re limited to specific parcels with extremely singular characteristics.

There are 1,247 climats covering 8,000 hectares, mostly ‘premier crus’ and ‘grands crus’, boasting such peculiar names as Vigne de l’Enfant Jesus (the Vine of Baby Jesus) and La Tâche (The Stain). Each climat is designated a ‘monopole’, when it belongs to only one producer, or ‘clos’ for the stone-walled ‘enclosures’ like the Clos de Vougeot or the Clos de Bèze. You can still see the climats’ historic gates, stone markers, low walls known as murets and cabottes, the small stone storage huts which are generally built using the ‘en pierre sèche’ technique, a ‘dry stone’ method that utilises the local limestone scree, the very material which gives Burgundian wine its trademark minerality. In addition to delineating the parcels of land and retaining the soil, murets also play an essential role in maintaining the ecosystem’s biodiversity and balance, by hosting different species of insects, lizards and lichens.

On a visit to the Domaine de la Romanée-Conti, we could have been forgiven for not realising that we were in the presence of a living legend. Walking along the edge of the neat rows of his climat, ‘La Tâche’, Aubert de Villaine, whose family has owned the domaine for generations, is completely devoid of any airs or pretence. With his wiry frame, piercing gaze and quiet authority, he fits the physique du role of the original monks who faithfully worked this very same land, belying the fact that his wines consistently command the highest prices in the world.

Monsieur de Villaine was the initiator and soul of the campaign to bring the climats before the consideration of UNESCO and he celebrated the win with characteristic humility, saying that the best thing about the distinction is that it serves as a reminder that “we are but custodians of something precious and fragile, worth preserving”.

Later, as we descended to the domaine’s cellars, which are surely among the most revered of tabernacles for wine lovers, Monsieur de Villaine reminisces about how the idea of the application was born. Over the years, some of Burgundy’s climats were at risk of being erased due to the pressure of urban development by those ignorant of their historical significance, which caused grave concern among those who appreciated their vulnerability.

“I was visiting Fontenay, where the Cistercian abbey is a UNESCO site,” Monsieur de Villaine explains, “and chatting to the Mayor, I asked him how that came to pass. He said it was easy – back in the 1970s he got a phone call, it was UNESCO asking if he would like the site to be on the list, and he said ‘yes’. So I thought, ‘sounds pretty simple, we can do that’. Except things have slightly changed since then and, instead of a phone call, the application took eight years and a phenomenal amount of research and study.

“It was worth it. The climats are an alchemy that puts into play a place, natural conditions, a type of grape, men, history and time. The climats are a culture. And it is that  culture, in its diversity and unity, in its beauty, that we wanted to inscribe into the World Heritage for humanity, to share a legacy and to transmit it.”

There’s no risk that UNESCO World Heritage status will turn Burgundy’s climats into a ‘museum’ – it’s a living, breathing agricultural region. The region’s so proud of this achievement that it’s mobilised resources to make the traditionally warm Burgundian welcome more memorable than ever.

There are many ways for visitors to discover the climats. The ‘Vignobles et Découvertes’ (Vineyards and Discoveries) programme sees Burgundy’svignerons opening their domaines for friendly chats and tasting sessions. Over 350 wine professionals have joined the programme, which promises to offer visitors the chance to sample at least one wine free of charge during their visit. 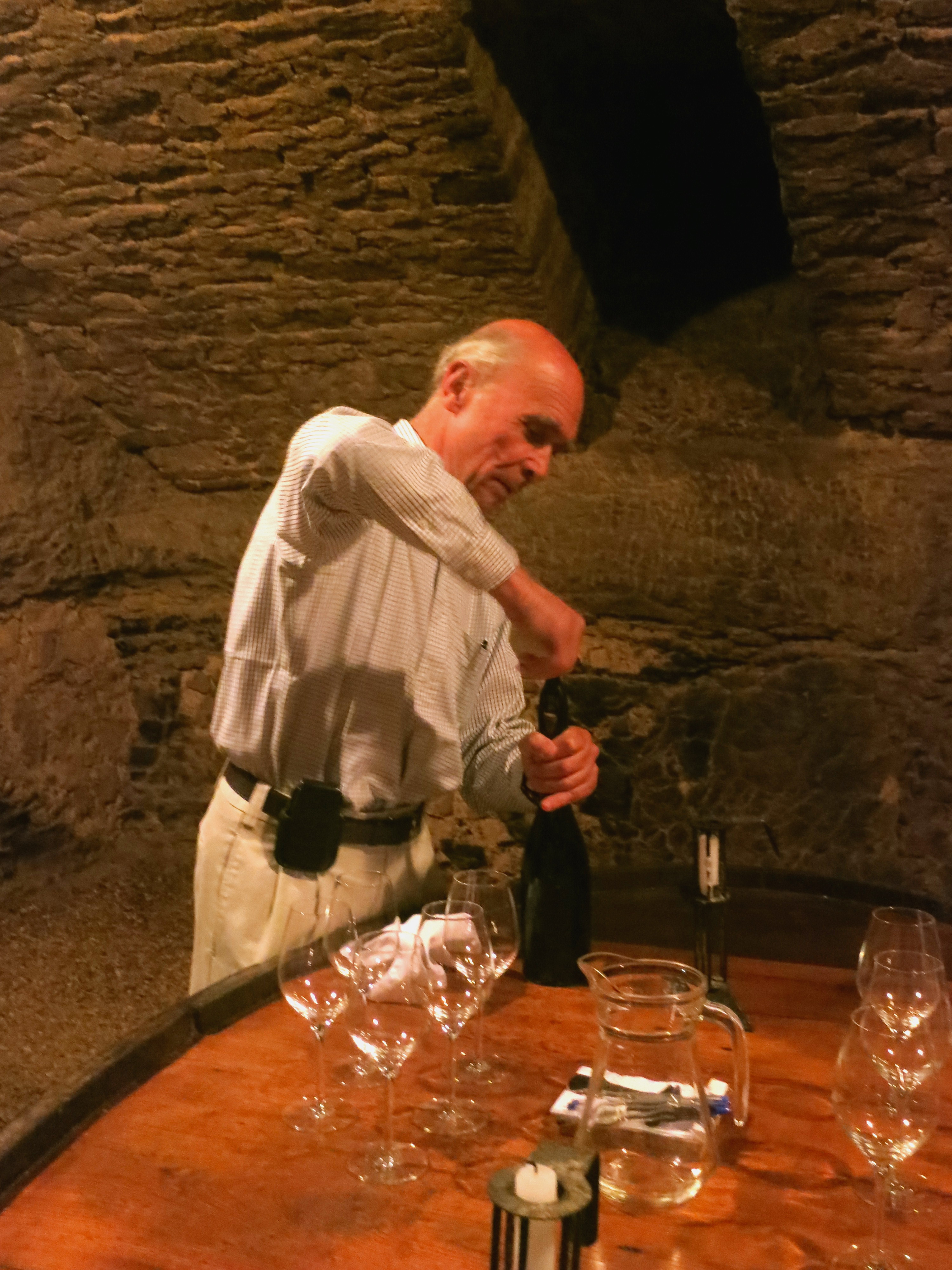 The climats can be approached by car, bike, on foot, or a combination thereof – at your own pace. Two cities effectively serve as bookends to Burgundy’s swathe of climats – Beaune, to the south, boasts the magnificent Hospices de Beaune and a charming historical centre that’s perfect for exploring on foot, while dynamic Dijon to the north offers superb gastronomy and such incomparable monuments as the Palais de Ducs and the recently refurbished Musée des Beaux-Arts.

After a particularly eventful and successful year (2015), Burgundy is able to look forward to a great vintage. The region’s wine bureau, the Bureau Interprofessionnel des Vins de Bourgogne (BIVB), said that they’ve rarely seen better quality grapes – it’s almost as if the vines could sense their prestigious new status – even though poor rainfall meant a lower yield. The 2015 vintage is thus expected to be a splendid one, confirming that sometimes this region truly is blessed by the gods!

There are roughly two main currents of thought in world of oenology, one which has it that excellence can only issue from a particularly great terroir. The other, popular in the New World, says that a skilled winemaker can ensure greatness by shopping around for the best grapes. It’s no great secret as to which of these two theories the vignerons of Burgundy subscribe, but can you really tell the difference when you drink their wares? Why not visit the region and taste their wines for yourself…

Still working with horses. They are more subtle than machines on the precious sloping soil
©BIVB – GADENNE D

By car, take Autoroute 6 to Beaune, which is three hours from Paris or five from Calais. The TGV train to Dijon takes just 90 minutes from Paris. www.voyages-sncf.com

L’imaginarium: An interactive, all-ages guided tour of the world of wine. www.imaginarium-bourgogne.com

And If You Can’t Make it To Burgundy!

Previous Article The Verdun Memorial Museum to Reopen after Major Renovation
Next Article My Life in Paris: The Perfect Valentine’s Day at the City’s Oldest Cinema