A feast for the senses: Cannes, Grasse and Mougins 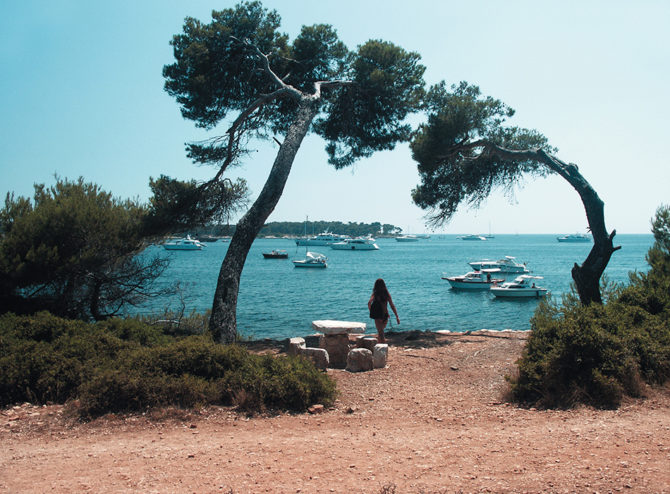 The city of Cannes is synonymous with glamour and extravagance, not least thanks to its world-renowned film festival, which rolls out the red carpet at the Palais des Festivals to welcome A-list movie stars each May. The festival’s hype engulfs the small city for its duration, but off-season the prices are lowered, the iconic La Croisette promenade is relatively uncrowded and the sun still beams down.

The Côte d’Azur basks in a luxurious climate, enjoying some 300 days of sunshine per year, although the heat is tempered by a light Mediterranean breeze during the summer months.

Cannes is opulent through and through, and worth  a visit if only to drool over the boutique window displays at Chanel, Yves Saint Laurent and Hermès,  to name a few. However, luxury takes many forms in this sun-drenched corner of France, and venturing beyond Cannes’ manicured veneer leads to the many other sensory delights which await discovery in its environs. Unexpected pleasures lie at every turn – on the islands off the coast, and in hilltop towns and villages that retain a Provençal authenticity which,  at times, can be polished away in Cannes.

A taste of paradise

A 20-minute ferry journey from the port of Cannes takes you across azure waters to the four Lérins Islands, secluded paradises which offer a total contrast to the glitz and bling of La Croisette. The Île Saint-Honorat is owned by the Abbaye de Lérins, which is home to 18 monks who have vowed to live out their allotted time on the sun-beaten island, spending three hours each day deep in prayer at their abbey, with its modest living quarters that, nevertheless, boast stunning sea views.

The island is fringed by thick vegetation and jasmine plants which perfume the salt-tinged air and block the more aggressive environmental elements from damaging the island’s prized inland produce: its grape vines. For the island’s monks also devote their days to producing honey-hued Chardonnays and peppery Shiraz reds, wines of a uniquely  dense minerality which comes from the salt that collects on the vines’ salt air-exposed grapes.Forget splashing out on an overpriced meal in Cannes proper as your tastebuds can truly be treated on Saint-Honorat. You can enjoy wines with pious notes over a wonderful lunch at the island’s restaurant, La Tonnelle, where the fresh Mediterranean plates feature handmade mozzarella that’s so impossibly creamy, it almost melts on contact with the crusty focaccia bed. Also choose from the likes of delicately seared, rare tuna steak with a garnish of ratatouille or sun-ripened red fruits between layers of paper-thin pastry and crème de Chantilly. 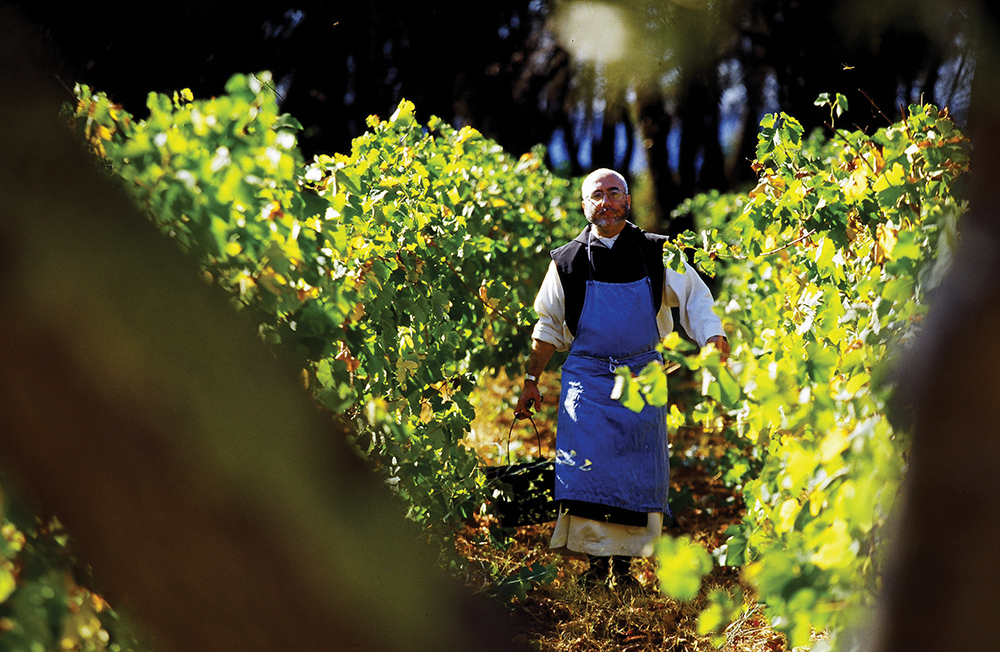 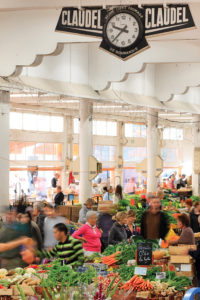 Back across in Cannes, consider skipping the harbourside restaurants for a night and have a  go at handling the Côte d’Azur’s finest produce for yourself. Stock up at the Marché Forville, a covered market at the foot of the hill leading into the Old Town which, for generations, has seen the buying and selling of fruits, vegetables, dairy products, meat and fish. The structure that houses the current market dates from the 1940s and it remains a favourite destination of home cooks and Michelin-starred chefs alike.

They congregate to run their fingertips over rows of glossy aubergines, pinch strawberries between thumb and forefinger to determine their succulence and gather handfuls of broad beans to  enliven salads with their brazen green flesh.

Visiting a French market is a multisensory experience. The shouts of vendors clash with the chopping of cleavers, as the gentle aromas of garden produce compete against the overpowering pungency of the fish and cheese stalls. But the most primitive of sensory experiences lies in the silken surface of a blushingly ripe tomato, the rough exterior of an earth-encrusted pomme de terre and the pleasing weight of a brown-paper parcel of charcuterie. 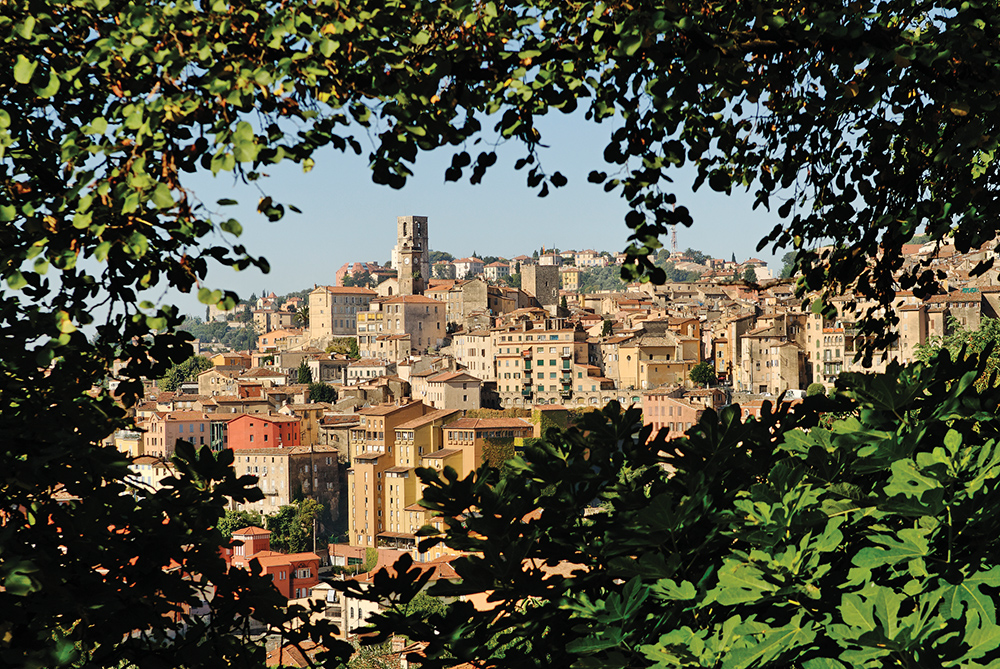 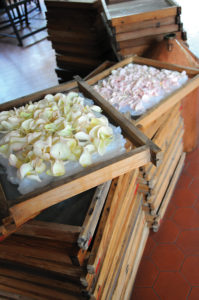 A half-hour drive inland will lead you to Grasse, a hilltop town of steep stone staircases and narrow, paved passageways that’s now France’s most fragrant destination. However, it wasn’t always as sweet smelling, as during the Middle Ages it was a hub of leather tanning, due to the abundance of water from its nearby hills, which was used to clean the rawhides.

The 16th century saw the invention of scented gloves for the tannery workers, which soon led to the development of perfume. By the 18th century Grasse was the world capital of fragrance and arguably still is today – over two thirds of France’s natural aromas are produced here and the high-end fashion house Chanel has its rose and jasmine plantations nearby.

Today only 30 perfumeries remain in Grasse yet the town’s still infused with the glorious scents of the flowering plants which burgeon in its streets and gardens, such as jasmine, wisteria, rose and orange blossom. Many ancient parfumiers may be closed  for business, but sweet traces of the fragrances once distilled there still grace the air. And as if the town isn’t sweet-smelling enough, each May there’s a five-day rose festival, which sees each fountain and stone façade decorated with fragrant petals.

A tour of the historic Fragonard perfume factory is a must. Its on-site museum details the intriguing history of perfume,  from Ancient Egypt to its heyday in Grasse and beyond, exploring its little-known spiritual and cultural connotations. You can even create your own fragrance in their workshop, with essential oils from plants harvested in the region. 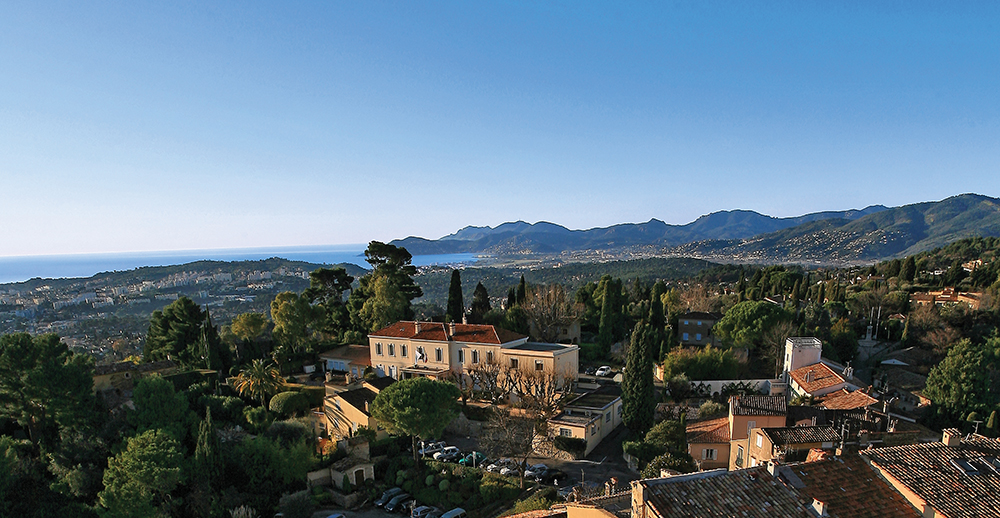 The picturesque village of Mougins

A sight for sore eyes

The entire length of the Côte d’Azur is sprinkled with picturesque, unspoilt towns and villages, but one merits a special mention. If there’s one place to feast your eyes it’s Mougins, a small hamlet on a steep hilltop between Grasse and Cannes. 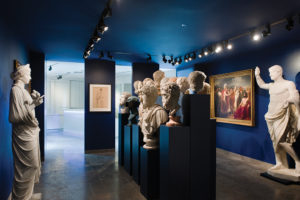 Cobbled streets spiral out from the church at its centre with pot plants and hanging ivy decorating winding lanes that meander down the hillside. Restaurants welcome guests to their street-side terraces late into the evening, to dine under hazy golden lamplights, accompanied by the sound of cool water trickling through stone fountains.

Mougins enjoys a significant artistic history, thanks to its popularity with such 20th-century icons as Jean Cocteau, Fernand Léger, Man Ray and Yves Klein. Pablo Picasso famously spent the last 12 years of his life there and his former studio now houses the tourist office.

The four-year-old Musée d’Art Classique de Mougins (MACM) is a fine tribute to this artistic heritage. The exhibitions display a private collection of artefacts from Ancient Egypt, Greece and Rome alongside modern art inspired by classical themes. It offers a fresh look at classicism that can both engage novice museum-goers and surprise even the most experienced of art-lovers with its unique approach to the subject. 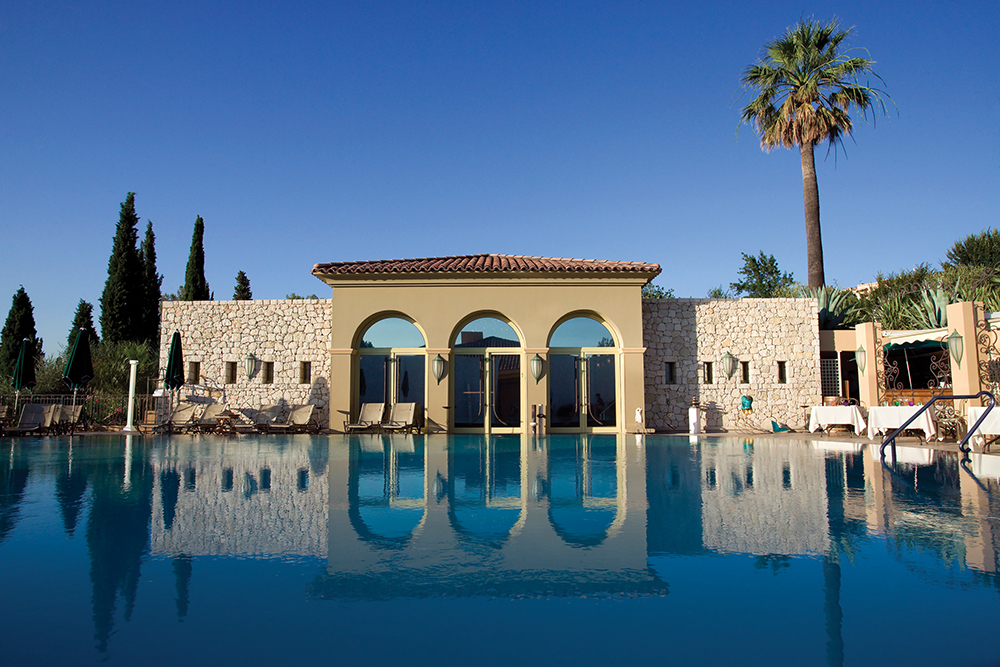 The infinity pool and pool house at Le Mas Candille

Enjoying this serene corner of coastline to the full calls for splashing out on something special, namely  a spa break at Le Mas Candille in Mougins, where you’re surrounded by undulating, forested hills which tumble down towards the bay of Cannes.

The urban sophistication of Cannes is only a stone’s throw away, but reclining on a lounger by a sun-dappled pool shaded by ancient olive groves, with beauty treatments and massages on tap, it’s far from your thoughts. Sweeping views, Michelin-starred cuisine and the luxurious tranquillity of staying in the Riviera countryside combine to create a spa break that will leave you with a sense of total relaxation long after you return home.