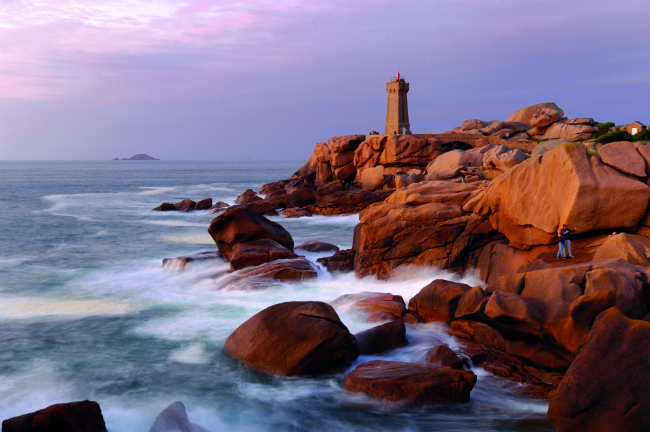 Home to the atmospheric Pink Granite Coast, with its dramatic capes and glorious beaches, smatterings of historic villages and ancient landmarks, Côtes-d’Armor is Brittany’s best-kept secret. Keen to explore its rich heritage? Here are five musts in the département.

From the remnants of the medieval fort which once protected this proud province to the pristine drawbridge and imposing towers, every last cranny of the Château Fort de la Hunaudaye speaks to its rich legacy. Erected around 1220 by Olivier Tournemine, the stronghold was destroyed during the Breton War of Succession and eventually rebuilt in the 15th century as the castle we see today.

Meander through the ruins, take a closer look at the impressive defence system from the vantage point of the inner courtyard before having a good old snoop round the state rooms (drop by the kitchen and cellars, you won’t regret it) – you could easily spend a whole day exploring the mighty fort.

For all its history, the château is no frozen-in-time memento to a hallowed past. In fact, it is firmly anchored in the 21st century with a host of interactive exhibits and fun virtual reality displays. 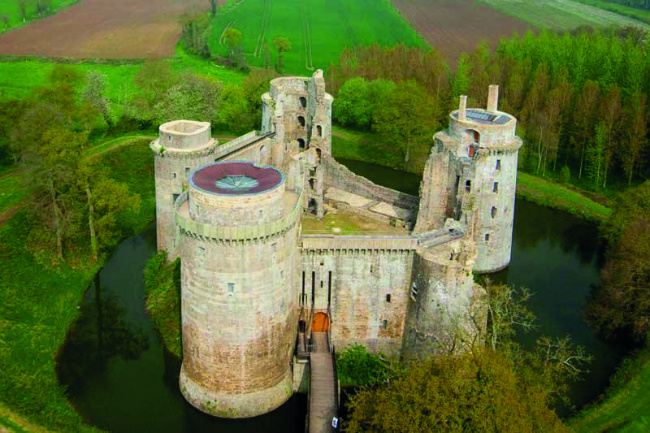 A surreal rockscape of glistening rose-tinted crags, cliffs and misshapen boulders, Côtes-d’Armor’s Pink Granite Coast is a natural marvel. Lying amid the jagged littoral is the must-visit village of Ploumanac’h. Sights include a charming medieval chapel, a partly-submerged outcrop topped with an ancient shrine, and small château poking from the jumble of rocks. Sadly, as it’s privately owned (by a German comedian no less), you’ll have to stop short of the front door… Fun fact: this is where Polish author and Nobel Prize winner Henryk Sienkiewicz wrote his Quo Vadis saga.

Founded by the Prémonté order in 1202, the eerie Abbaye Maritime de Beauport was disbanded after the Revolution and served in turn as stables, a town hall, school and even a cider press. A peaceful sanctuary rising above Paimpol Bay, it is the ideal spot to let the imagination wander. While away an afternoon exploring the walled garden, orchards and cloisters, or better yet, play Ghostbusters and hunt for poltergeists amid the ruins. The breathtaking views over the secluded bay are the cherry on top. 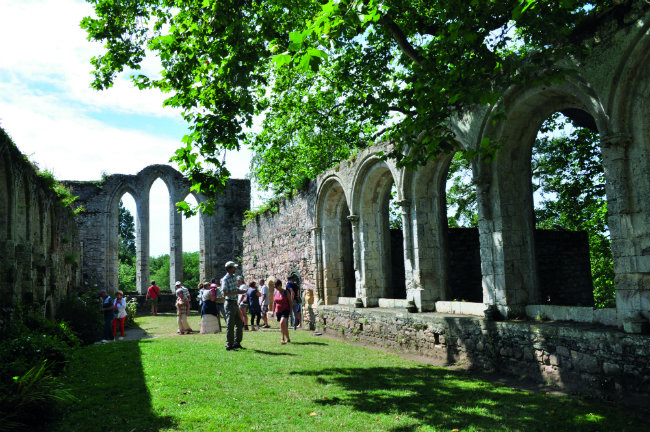 Venturing into the ‘Valley of Saints’, you’d be forgiven for thinking you’ve landed on Easter Island. And you wouldn’t be that far off… For a few years now, the bizarre regiment of granite statues has been keeping watch from a feudal mound in the village of Carnoët like so many petrified sentinels. Each modelled after a saint, these four-metre-high effigies, known as ‘giants’, are quite a sight to behold. Every year, new sculptures join the growing contingent.

Time seems to have stood still in the picture-perfect fortified town of Dinan. Perched high above the river Rance, it ticks every box with its rainbow of top-heavy half-timbered houses and quaint warren of cobbled streets. The three kilometres of stunningly-preserved ramparts alone are worth the detour. It’s on foot that Dinan reveals its secrets to curious travellers. Hit the slow lane, wend your way along its tapered alleyways and explore the historic port before indulging in a traditional galette washed down with a bolée of local cider, to get a real feel for the northern nook.