The Sunflowers of Provence 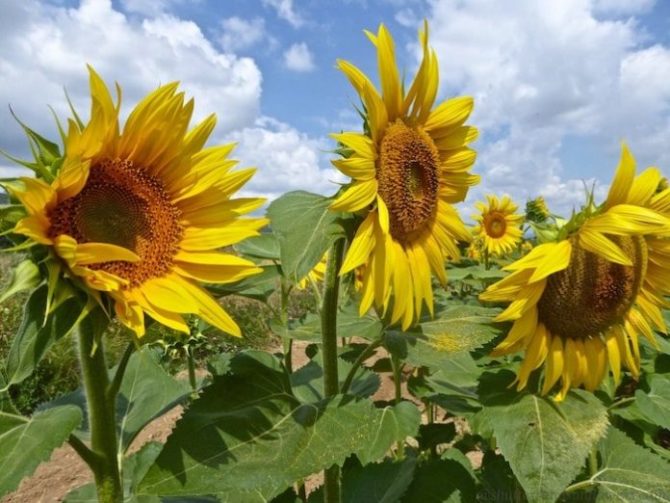 If you read my previous post about the shutters you’ll know why they are part of the title of my blog, but what about the sunflowers? All over France and especially in Provence, from early June to mid-August, the vibrant, smiling faces of sunflowers can be found splashing their golden warmth across the landscape. 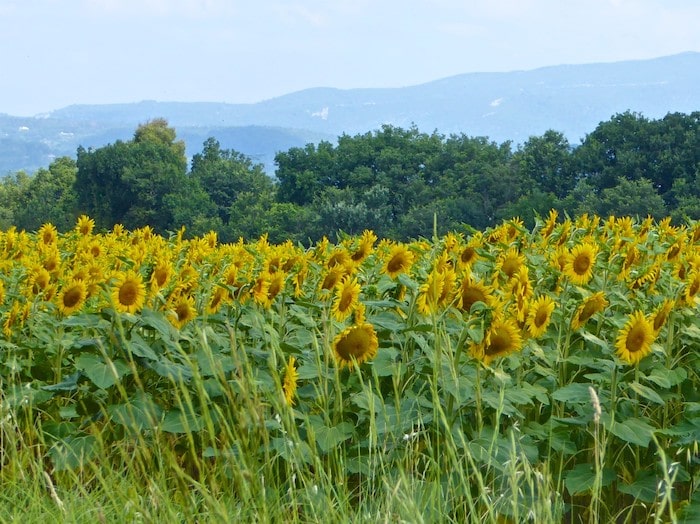 Dancing in the breeze, their brilliant yellow petals, so closely resembling the sun, seem to encapsulate the very essence of summer. Stunningly beautiful, it is small wonder that sunflowers adorn paintings and postcards throughout the region. Together with the shutters that frame so many windows in Provence, “Shutters and Sunflowers” seemed the perfect title for my blog: quintessential images of this intoxicating region of France.

The Origin of Sunflowers

The sunflower is not native to France but to the Americas. Cultivated there from as early as 1000 B.C. sunflowers were a valuable food source and were sometimes used by native societies as a religious symbol. In the 16th century, Spanish explorers brought sunflowers to Europe, not to fill vases or assemble into stunning bouquets but to make oil for cooking. 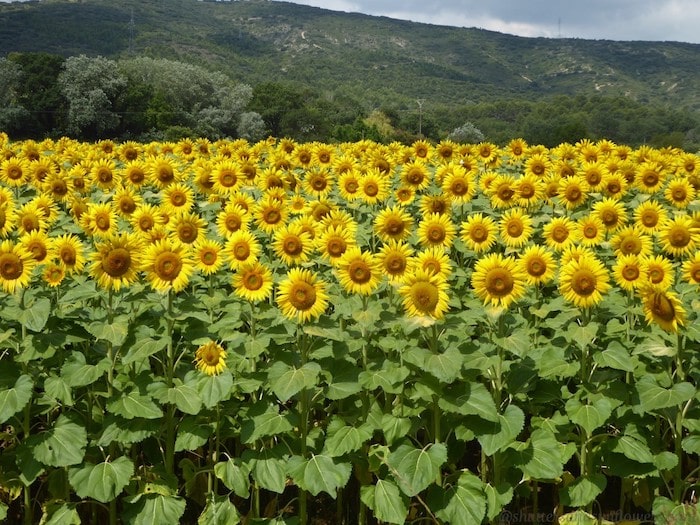 Field of sunflowers in Provence © Shuttersandsunflower.com

The flower of a sunflower is actually a head of tiny flowers crammed together. The inner ring of these flowers matures into seeds from which we extract sunflower oil, still widely used today both for cooking and skin emollients. 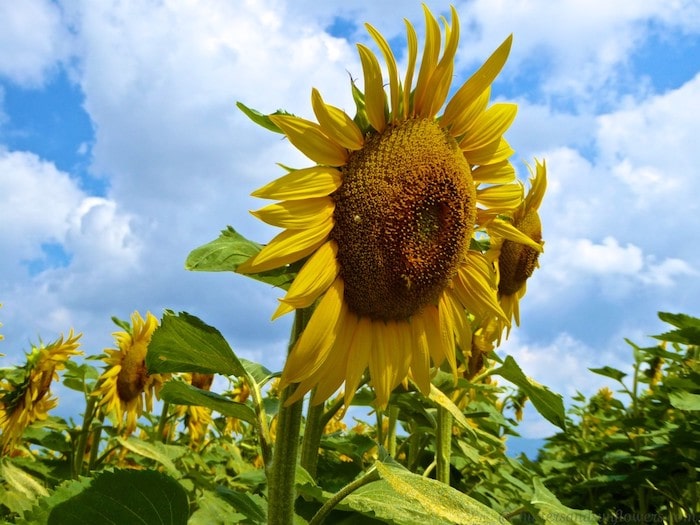 For centuries artists have been beguiled by the brilliance of the sunflowers especially during the Impressionist era. Van Gogh immortalized them when he was living in Arles, Provence in 1888. His painting of the sunflowers is possibly his most famous work.

Van Gogh’s art, including the sunflowers, was profiled last year quite spectacularly at the video art show ‘Van Gogh, La Nuit étoilée’ at the Carrières de Lumières. The art changes annually at this venue; it is not to be missed if you are visiting Les Baux de Provence, or try its new Paris venue. [See France Today’s full article on the concept here.]

The Meaning of Sunflowers

Sunflowers mirror the attributes of the sun they so closely resemble, symbolizing adoration, loyalty and longevity. Just as the sun’s energy provides light and heat sunflowers provide their own energy in the form of nourishment and vibrancy. 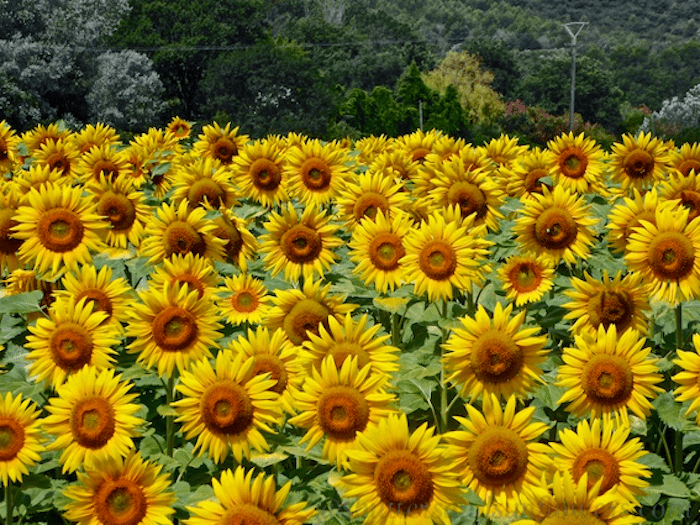 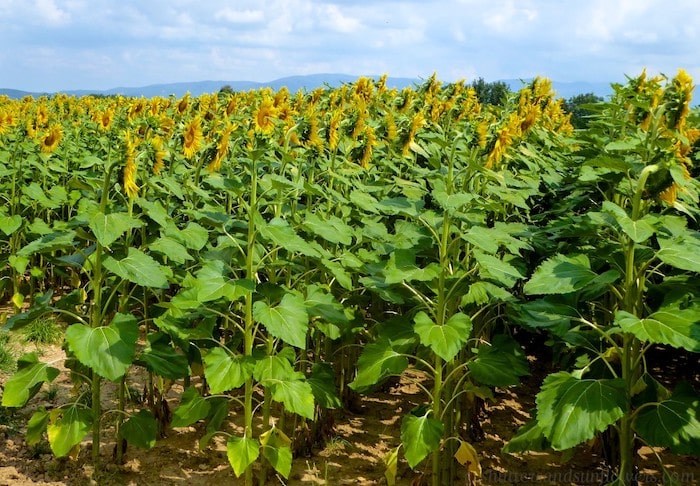 Sunflowers moving with the sun © Shuttersandsunflower.com

Reaching For The Sun

Sunflowers are often photographed with their tall stalks and bright petals stretched towards the sun, but do they actually track the sun? The leaves and heads of young flowers do change their orientation from east to west during sunlight hours but mature sunflowers tend not to move. Known as phototropism, this interesting behavior has been the inspiration for many ancient motifs. Interestingly the word sunflowers in French, les tournesols, means to turn towards the sun.

Sunflowers moving with the sun © Shuttersandsunflower.com

Sunflowers bloom from late June to the end of July and are typically harvested in early August. There are several varietals of these annual plants some even have red petals. They are typically quite tall and can grow up to 12 feet. 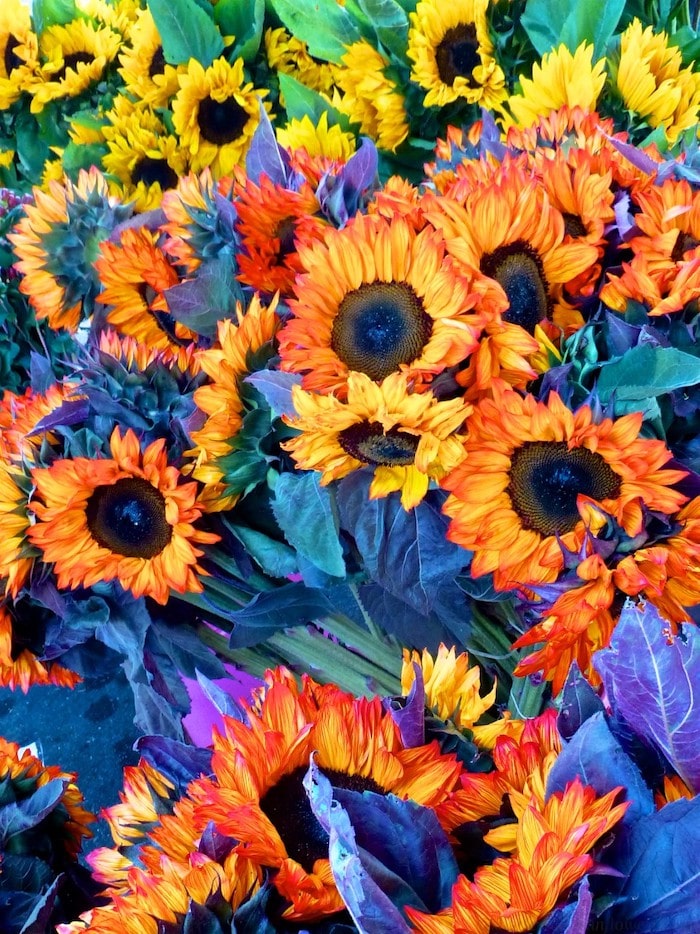 Caring for Your Bouquet of Sunflowers

Like any flower, if freshly picked your sunflowers will last much longer. Unless you grow your own, sunflowers found at a farmer’s market are often the freshest, most likely to have been cut that morning. It’s not hard to find a market somewhere in Provence each day! To keep the sunflowers fresh remove any leaves that will be submerged in water and cut the stems at an angle. This will add support on the bottom of the stem and help the top of the stem remain stiff. Use a tall vase to prevent wilting near the sunflower head and fill with water. To keep the flowers fresh, re-cut their ends every few days and replace the water regularly. 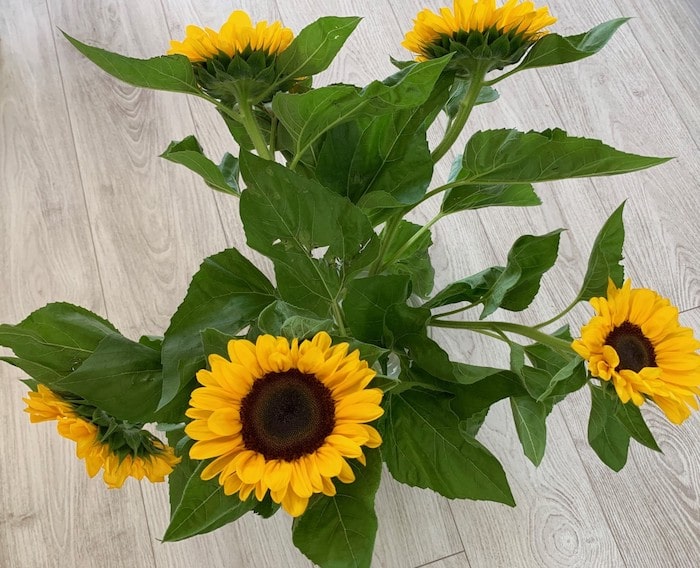 Why do I love sunflowers? Quite simply because their brilliant cheerful faces make me happy. Along with the shutters (les volets), sunflowers (les tournesols) are perfect images of the place I hold so dear, Provence. Hence the name of my blog, Shutters and Sunflowers and the title of my novel The Sunflower Field. To be published soon, The Sunflower Field tells the true World War II story of the Polish codebreakers who broke the German ciphering system, the Enigma code. Forced to flee across war-torn Europe, these incredible men worked in hiding from a tiny château in Uzès surrounded by the sunflowers of Provence. 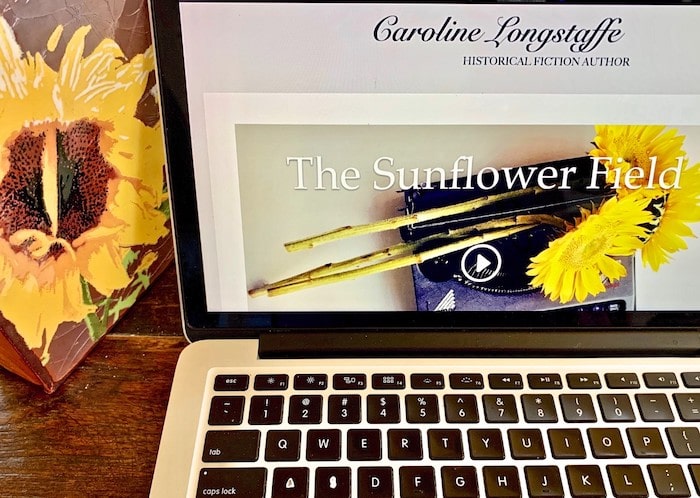 Caroline is a travel writer and historical fiction author, based in San Francisco. She grew up in England, spending happy childhood holidays in France where her passion for travel and history began. She writes a much loved travel blog “Shutters and Sunflowers” and is the author of The "Sunflower Field."