The Towns of the Drôme Provençale 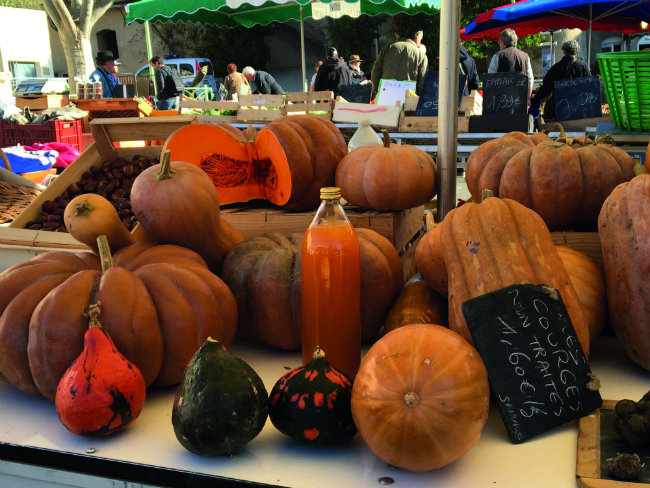 The Drôme Provençale’s extraordinary wealth is in its authentic, unspoiled natural beauty, from breathtaking peaks, rivers and gorges to gentle, rolling countryside, all interspersed with charming villages. This is a place to relax, sample the local wines and fare, discover the marchés and explore the great outdoors – on foot, bicycle or horseback. A land of pure enchantment, the Drôme Provençale is lovely in every season, but it is especially captivating in the green freshness of spring or in autumn, when the vineyards turn to gold and tourists are nowhere to be found. Here are the main villages to see, but this is by no means an exhaustive list.

Related Article: Secret Provence: Exploring the Drôme Provençale in the South of France

Heart of the Drôme Provençale, the Thursday market in Nyons draws visitors from far and wide. You’ll find something wonderful to sample in every season: local apricots and cherries in summer, regional goat’s cheeses and olives, confitures, juices, honey, organic bread made from the local épeautre (spelt wheat), as well as many artisanal products made in or near town. Take time to stroll around Nyons’s main square, the pretty streets of the old town and its graceful 14th-century bridge.

Among the many villages to explore, medieval Buis-les-Baronnies’ Wednesday market along the town’s winding streets attracts many small producers, and La Maison des Plantes Aromatiques provides an excellent introduction to this ancient agricultural centre. At the tourist office (also available to download online) you’ll find a delightful walking tour of the town marking all the historic buildings to see.

For the perfect after-hiking or biking activity, head to Montbrun-les-Bains for the rejuvenating treatments available at the Valvital spa, along with a pool and outdoor hot tubs overlooking the mountains. The best time to go is in spring and autumn (it’s open till early November), as it gets crowded in summer. 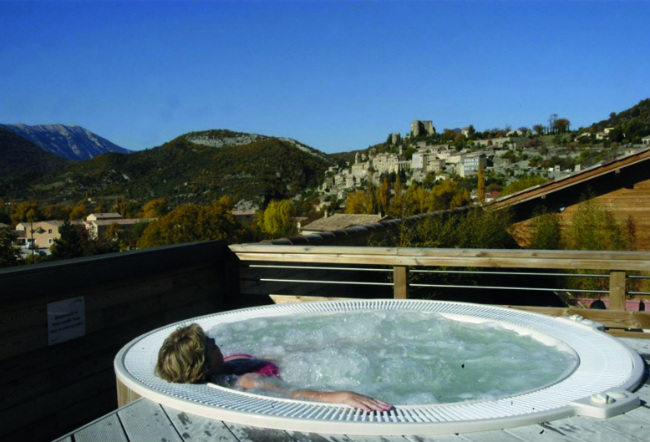 Besides being one of the finest Renaissance châteaux in France, with a lovely restored interior, the Château de Grignan is a testament to the love between mother and daughter. But not just any mother: Madame de Sévigné’s letters – 45 of which were written from this château – are considered a literary pinnacle in France. Madame de Sévigné died here in 1696 on a visit to her daughter and is buried in Grignan. You can join a guided visit (in French, with brochures in English). Theatre performances and concerts are regularly organised at the château and there is a jazz festival every November.

Besides its medieval houses, some of the other worthy sights include the 16th-century Church of Saint-Sauveur, the 12th-century House of Justice, the Place de la Fontaine, the lavoir and the Museum of Topography, where you can buy handmade letterpress books and cards.

The centrepiece of this historic hilltop town, the splendid Château de Suzela-Rousse is home to the Université du Vin and a small museum on the history of the wines of the region. Guided tours in English are available and the château hosts concerts and other cultural events in summer.

A designated Plus Beau Village de France, this is a lovely place to stroll among picturesque stone houses, an ancient château and medieval ramparts that provide endless views over the valley and mountains beyond. 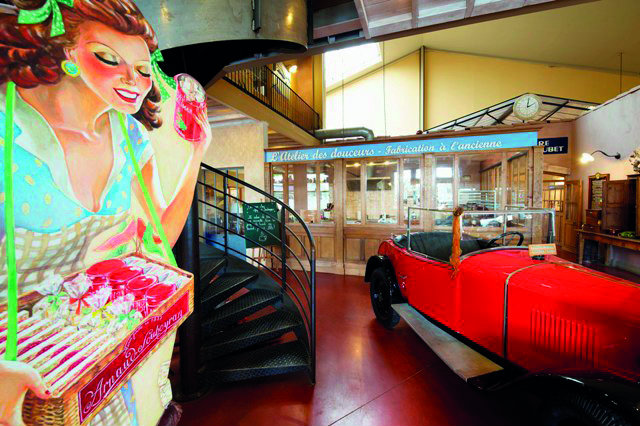 This beautifully-restored 14th-century town, another Plus Beau Village de France, is the home of the Musée de Protestantisme Dauphinois, testament to France’s terrible wars of religion, some of whose many battles were fought in this area. The museum itself is set in one of only three Protestant temples to survive in France (notice the old town cemetery, divided between Protestant and Catholic). The Centre d’Art Yvon Morin is one of the Drôme Provençale’s major centers for world-class art exhibitions and hosts live classical music recitals.

Drôme’s pottery central. Peruse the artists’ studios and galleries lining its charming streets and stock up on colourful, handmade ceramics.

Though you can view a Roman arc de triomphe, do not expect a château. Despite the town’s name, which was due to a medieval clerical error, there is not a single one. Not to miss: the town’s 12th-century cathedral and the ruins of a rare 14th-century synagogue. Best of all, the Maison de la Truffe et du Tricastin provides a fascinating introduction to the legendary fungi. And they know whereof they speak: the Tricastin area furnishes two-thirds of the truffles in France, making it the largest producer in the world.

For those with a sweet tooth, or just interested in an important French tradition, at the Confiserie Arnaud Soubeyran you can witness the famous French confection, nougat de Montélimar, being made, as well as calissons de Provence, then purchase these and other French delights fresh from the oven! The confiserie café is an excellent spot for a healthy organic lunch, coffee or dessert. 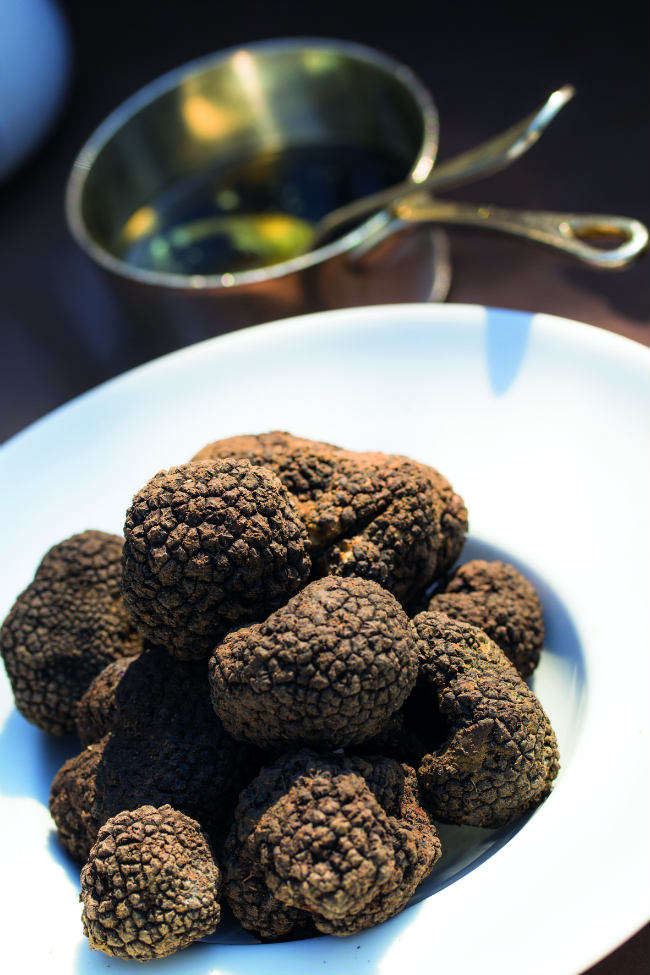 The humble truffe noire – arguably the
tastiest of all the fungus family. Photo: © LA DRÔME TOURISME