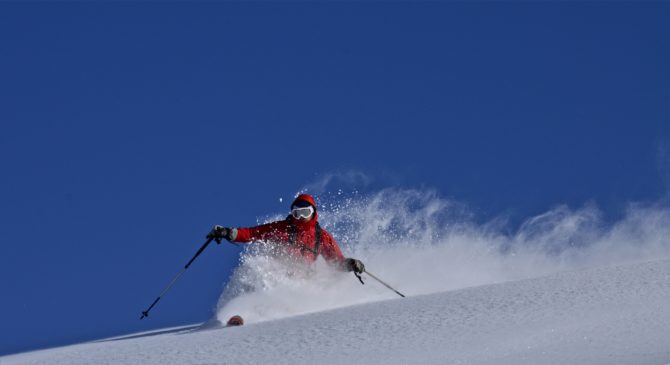 If you are looking for a more authentic French skiing experience, want to get away from expensive English bar and restaurant prices you find in the Alps and you want to hear some voices other than English and Russian, then head off to the South West of France and try out some smaller, but equally enjoyable ski destinations.

The French Pyrénées have numerous stations of different sizes which spread from the Mediterranean to the Atlantic. The area combines charm with stunning natural beauty and offers much for all types of visitor, whether it is summer or winter.

This article centres on the 2 westerly departments of the Hautes Pyrenees and the Pyrénées Atlantiques which are easily reached by plane to Pau and Biarritz airports respectively. Flights into these airports are provided by RyanAir from London Stansted and Dublin. Transfers to the stations are then between 45 minutes and 1 hour 30 minutes. It is best to hire a car or arrange a taxi pick up and drop off before you arrive.

Although there are some larger stations in the French Pyrenees, such as Bareges-La Mongie (69 pistes and over 100km of marked piste), most of the stations have a good long weekend’s skiing for the experienced skier, whilst snowboarders and beginners and intermediates will probably be happy there for a week.

Beautiful remote station with stunning views of the Pic du Midi d’Ossau. The pretty town is situated on a lake and the station is blessed with some great off-piste through the forests. This small station it is well worth a visit, especially for snowboarders as it has great off piste, half pipe and snowboard park. Great atmosphere.

Purpose built station with good areas for beginners and intermediates. The station is right at the foot of the pistes.

Cauterets is blessed with the best snowfall in the whole of the Pyrénées. The beautiful historic spa town is at 1000m but the ski station is at a lofty 1850m and so gets the first snow of the season, the last snow and the best snow.

The ski station is reached by the brand new high speed 8 man telecabins installed at a cost of 25 million euros last year. The system has been dubbed the TGV of the Pyrenees.

Cauterets has everything for everyone. From the ski station to the thermal spas, from its own cross country ski station at the picturesque Pont d’Espagne to the ice skating rink and public swimming pool. Cauterets is a thriving old fashioned French mountain town with its own economy of market traders, tradtional shops (butcher, baker, patisseries, ski hire, boutiques), numerous bars and restaurants. It even has its own Casino and amusement arcade.

During the winter season the town is preoccupuied with the business of skiing. It has 3 ski schools (including ESF), creche facilities, free bus service to Pont d’Espagne. Nightlife is what you make it – with numerous late night bars and restaurants you cannot go wrong.

During the summer, the old town, blessed with stunning architecture, shifts its emphasis to walking, climbing and mountain biking as well as its natural thermal spa trade.
www.frenchfusion.com

(Cauterets is the destination for guests on Benn and Amy’s skiing holidays; FrenchFusion)

Luz-Ardiden is up the other side of the valley to Cauterets and is also a picturesque mountain town. One day the stations will hopefully be linked. Although the town is not as active as Cauterets is has a bigger ski domain. It makes a great day trip from Cauterets.

Possibly the most stunning location of all the stations, Gavarnie is in the heart of the mountains and at 1850m is the highest resort accomodation. The station has the longest green run the whole Pyrenees and the 10 most difficult runs – a great weekend destination for the intermediate/advanced skier. The lift pass is included within the Cauterets lift pass, so Gavarnie makes a great extra destination for a week stay in Caueterets.

Other stations in the French Pyrénées include: