12 of the Best Dordogne Valley Chateaux 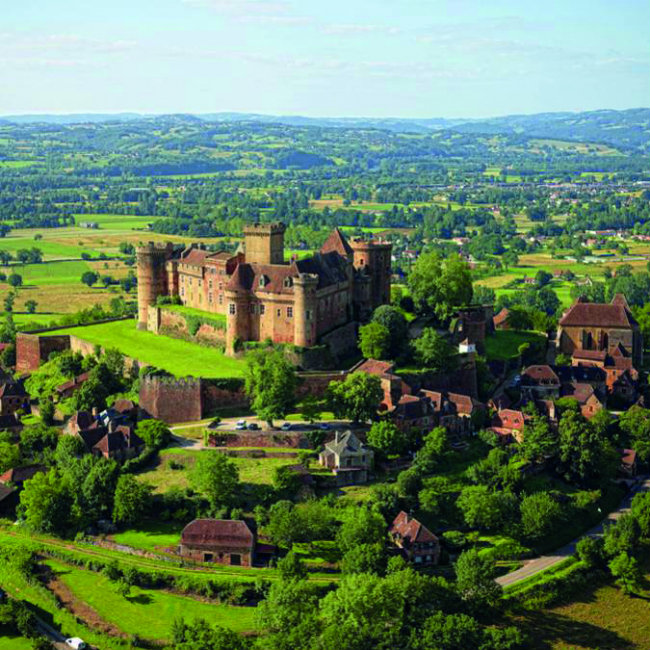 In this land of castles, there are any number of grand houses to visit. Here is our selection of the finest

The perfect example of a Dordogne fortified castle, Castelnau-Bretenoux sits high on a rocky plateau with six towers, three bastions and one heck of a keep… Its red stone walls make it visible for miles around. www.castelnau-bretenoux.fr 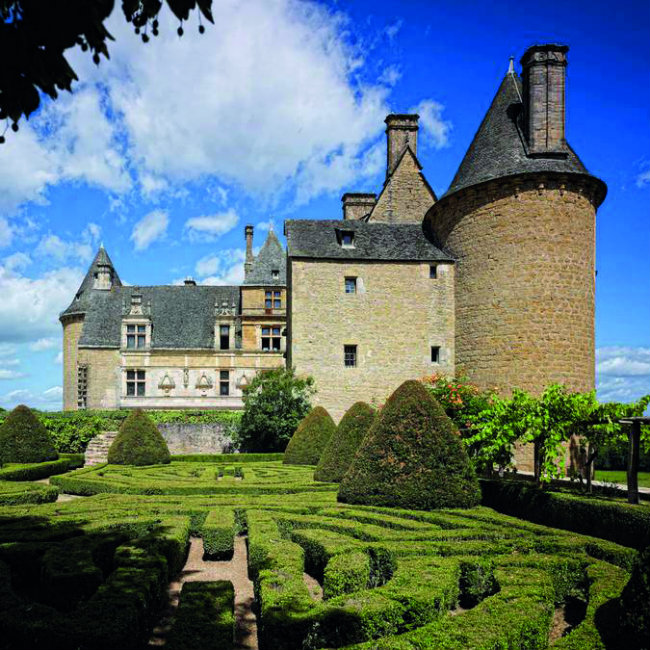 With its fascinating history and glorious views of the Towers of Saint- Laurent (not to mention stunning period rooms and ornate stairwell) this Renaissance gem tops the list of places to visit. Don’t miss the sculptures in the courtyard. www.chateau-montal.fr 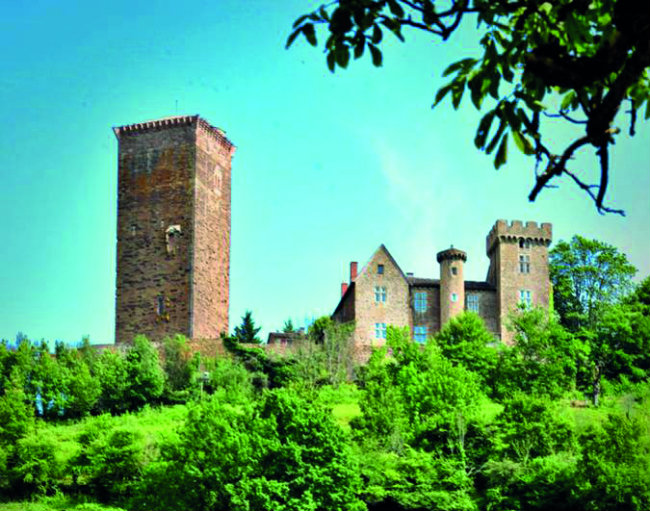 Lose yourself in Saint-Céré’s maze of narrow medieval streets before climbing the hill to discover a lavish display of tapestries by Jean Lurçat and fabulous panoramas over the village and countryside. www.saint-laurent-les-tours.fr 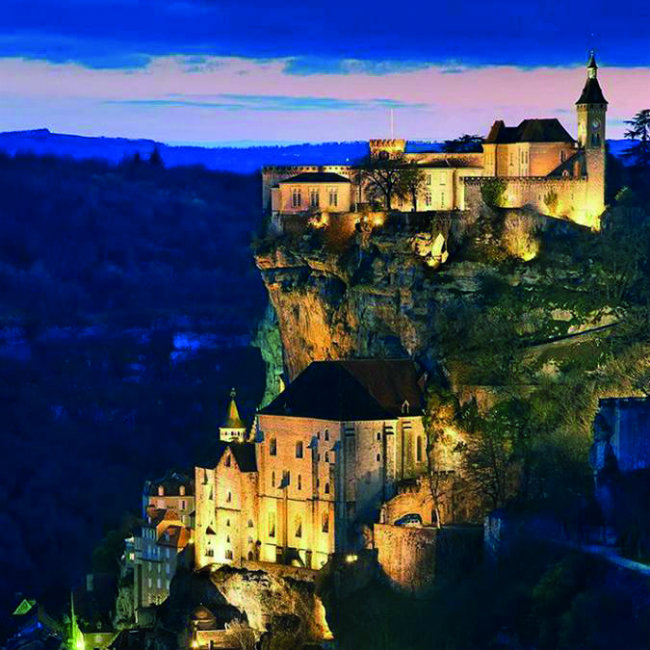 Built to defend the village’s sanctuaries in the Middle Ages, the Château de Rocamadour sits on top of a dramatic cliff. Only the ramparts are open to visitors but the views over the Alzou valley are breathtaking. A perfect start to your visit to Rocamadour. vallee-dordogne.com/rocamadour 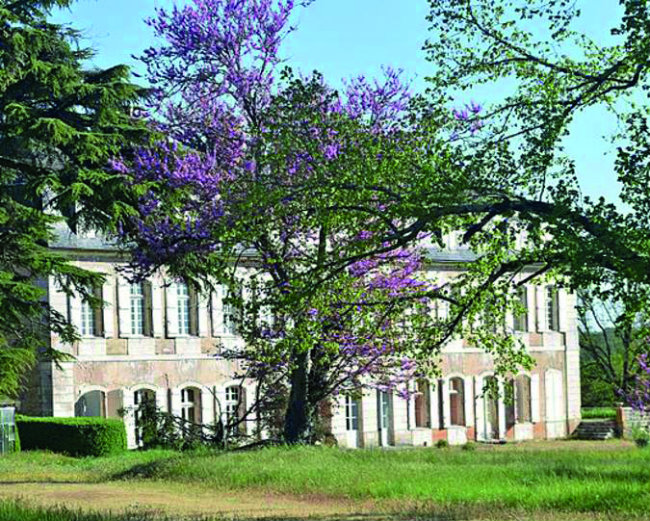 Six kilometres from Rocamadour, Château de la Pannonie has been in the same family for over 300 years and is a rare example of an 18th-century classical castle with English-style gardens. Open to the public from mid-June until the end of September. www.lapannonie.com 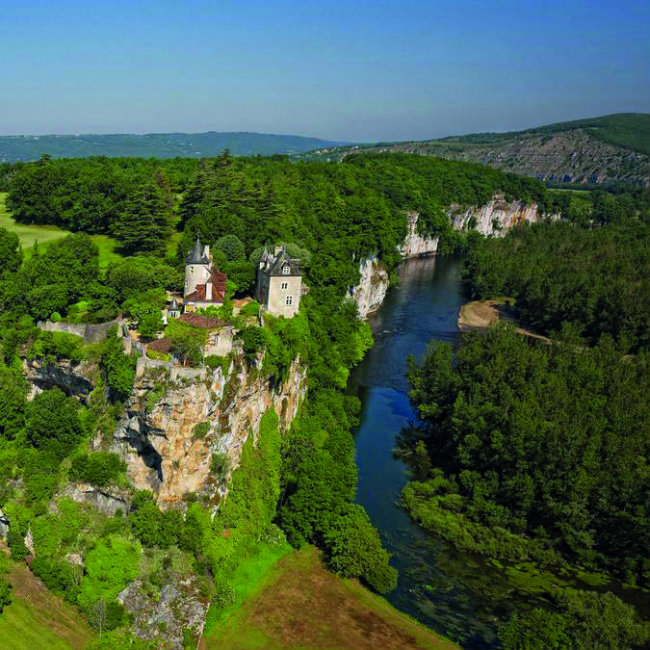 Although the castle isn’t open to the public, its lush riverside setting is definitely worth a detour. Fancy treating yourself? Carry on for five minutes down the road and stop off for a Michelin-star lunch at the Château de la Treyne. www.chateaubelcastel.com

The Château de Castelnaud overlooks the River Dordogne in the commune of Castelnaud-la-Chapelle. A true medieval playground, its artillery tower and incredible collection of weapons fascinate visitors and put larger fortresses to shame. www.castelnaud.com 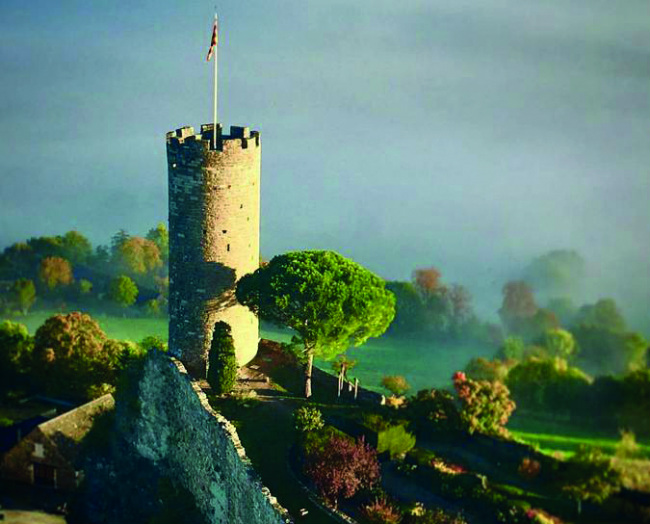 Turenne greets visitors with two high towers separated by a superb garden. The Treasure tower houses a 14th-century keep and guardroom while the round Caesar tower offers views over the countryside from the top of its spiral staircase. www.chateau-turenne.com 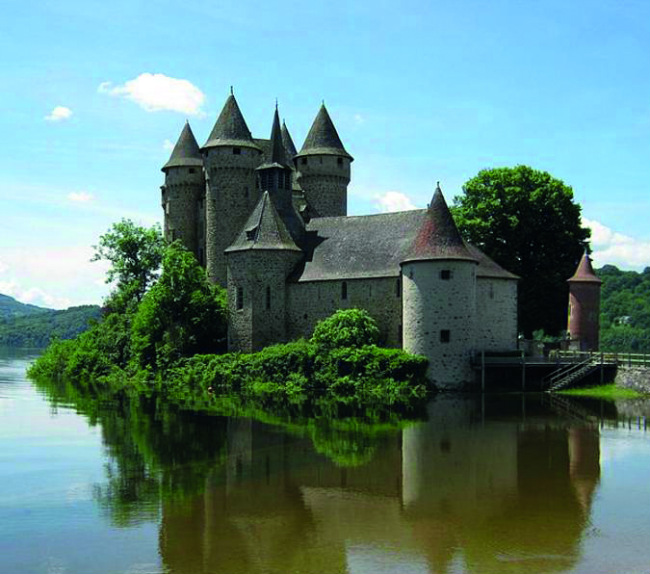 The 13th-century Château de Val looks like it has come straight out of a Disney movie. Making the most of its lakeside location, it hosts various exhibitions and also welcomes dozens of musicians to perform in open-air concerts at sunset. 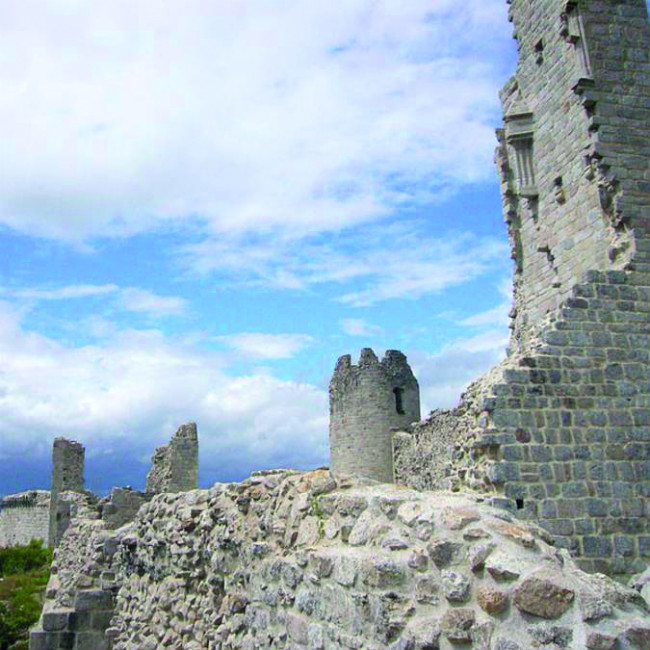 Perched on a rocky outcrop overhanging a valley, the Château de Ventadour was abandoned in the 14th century and largely demolished in the 18th. It was listed as a monument historique in the early 20th century and is now under restoration. 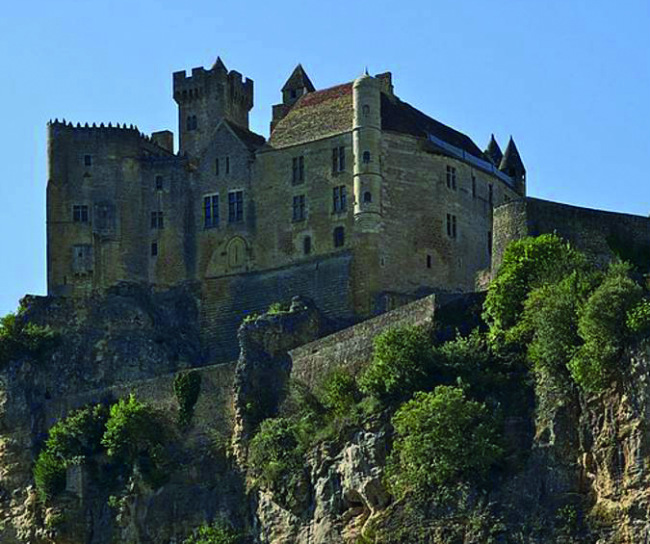 This 12th-century clifftop castle sits on a high promontory overlooking the River Dordogne (and facing the Château de Castelnaud). It is one of the best-known in the region, and also one of the best-preserved and most-extensively restored. www.chateau-beynac.com 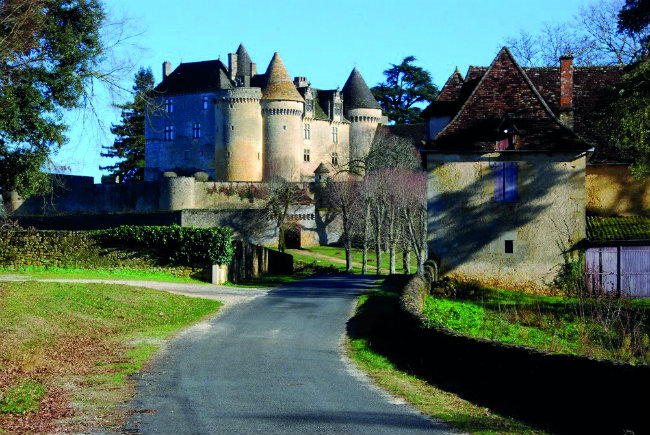 With a remarkable terrace offering valley views, Fénelon is a fine example of a medieval fortress gradually being extended and altered to become a more comfortable home for a succession of private owners. It is notable for its lauze stone roof. www.chateau-fenelon.fr