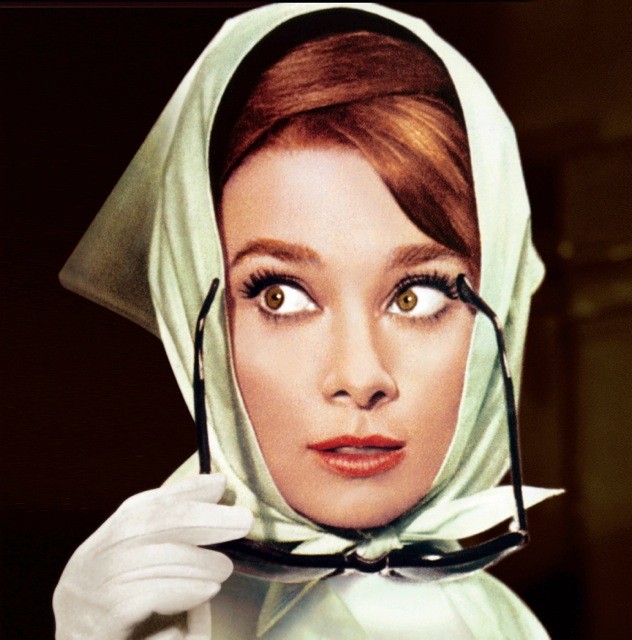 Paris has always fascinated Hollywood, and American filmmakers have depicted the city, sometimes more imaginatively than realistically, in their films since the birth of cinema. Now an exhibit at the Hôtel de Ville, Paris Vu par Hollywood, focuses on Tinseltown’s view of Paris, with still photos and film clips from 100 of the more than 800 Hollywood movies about or set in Paris—shot on location or on backlot sets. The films range from  The Girl from Paris, made by the Edison Manufacturing Company in 1900, to last year’s Midnight in Paris by Woody Allen, including along the way movies by Ernst Lubitsch, George Cukor, John Huston, Howard Hawks, Vincente Minnelli, Stanley Donen, Billy Wilder, Robert Altman and many others.

Twenty screens show clips from 70 movies, and one giant 65-foot screen shows a montage of film excerpts, photos and posters. Other highlights include costumes designed by Hubert de Givenchy for Audrey Hepburn in Charade; monumental statues created for Martin Scorsese’s Hugo; and scenery used in Minnelli’s An American in Paris, Huston’s Moulin Rouge and Woody Allen’s Midnight in Paris. Admission is free.