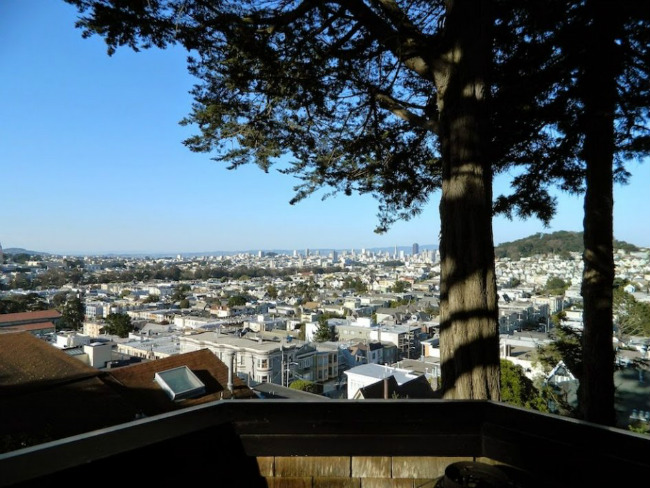 “Once upon a time, the French community in San Francisco…”

Historian Dr. Claudine Chalmers completes the sentence in her own way:

“…was so large and influential that it turned the city into a Paris of the Pacific.”

Paris of the Pacific is the name given to San Francisco during the 1850s Gold Rush when French immigrants sailed to San Francisco bringing their expertise in products that the miners needed, along with skills, stores, food, salons and culture. Many made their fortune, and created a French neighbourhood near the Financial District and the Embarcadero that still exudes a French atmosphere. 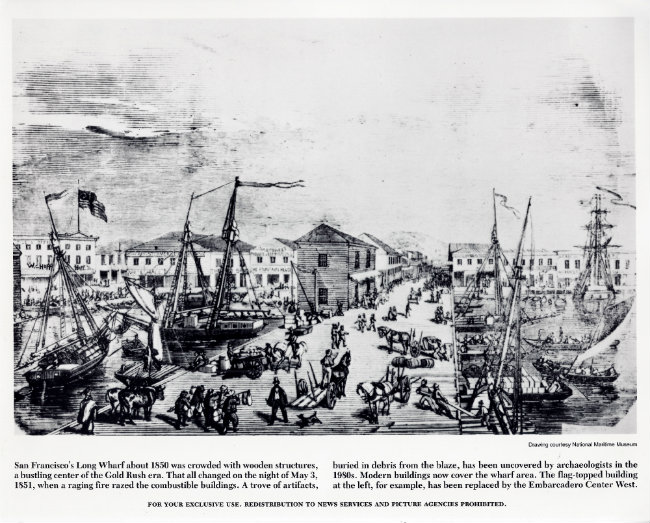 Heritage Day 2017 is a comeback of French/San Francisco Heritage Day that was held a “long time ago”, according to Emmanuel LeBrun-Damiens, France’s Consul Général in San Francisco. He is reviving the heritage days because he was inspired by the European Heritage Days celebrated starting in France since 1984.

That was the first year France allowed the general public to discover and explore many monuments in Paris and throughout the country that they never had access to before. It became so successful that the Council of Europe launched European Heritage Days in 1991. The next year, France made the event an entire weekend. This year, it will be held September 16-17, and open doors to over 17,000 monuments and events to the public. In that spirit, San Francisco will open the French Residence to the public for an historical, educational and social event. 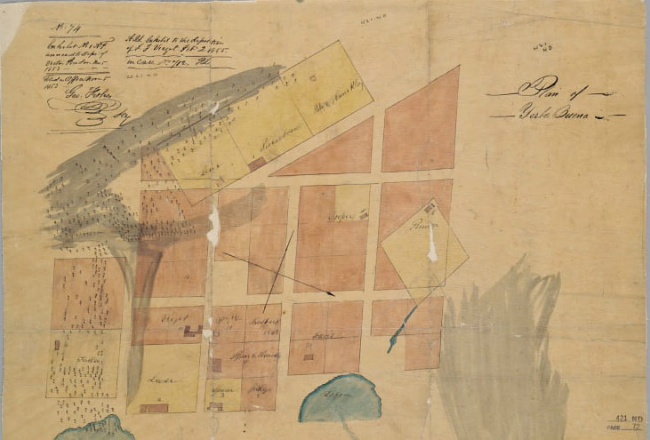 The kickoff for the event will be a guided tour of the old French District of early 1850s San Francisco. Held on Saturday, September 10, it will be conducted by Gilles Lorand of San Francisco City Guides. The tour will start at the corner of Clay and Montgomery at the Transamerica Pyramid in the Financial District. Conducted in French, the tour will end at the corner of Bush and Grant, the center of the French District at the time.

It is also Dr. Chalmers favourite area. “I enjoy walking down (what was once) Commercial Street, a French hub in the days of the Gold Rush. At its intersection with Leidesdorf Street, Commercial levelled off and ran flat for a few blocks. That is where the busy Long Wharf started, and there too, you could find a host of French businesses, cafés and restaurants. Alexandre Sabatié had his import store there; Le Mineur’s restaurant offered excellent meals for ten cents; La Polka stood there too, that was where New Year’s balls took place; there was a French bookstore that sold newspapers (several weeks old) from France; a Belgian doctor, a Parisian hair-dresser, and a billiard room run by Frenchmen. What a time they must have had! So much excitement, so much danger, so many opportunities to reinvent themselves. I can best visualize it right there, on that little street and now-invisible, very long wharf.”

LeBrun-Damiens’ favourite spot that inspires him about French/San Francisco history is the stained-glass dome depicting the arms of Paris in the rotunda of the Neiman Marcus department store that was originally named the City of Paris. The glasswork features a sailing ship (as does Paris’s city logo) with Paris’s Latin motto “Fluctuat Nec Mergitur.” (It floats but does not sink.) 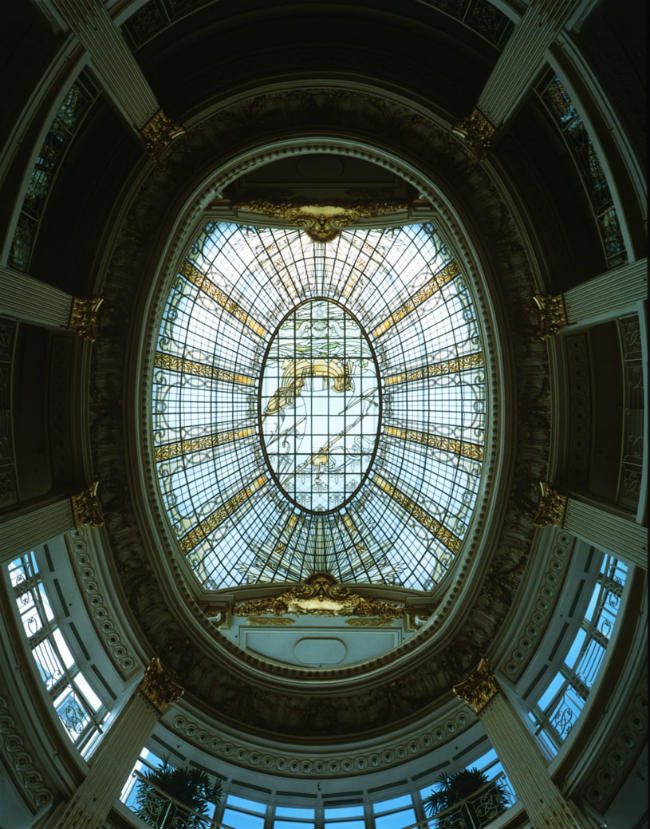 On Sunday, September 10, LeBrun-Damiens will host a day of educational conferences and cultural experiences at the French Residence. Besides opening up the residence to visitors (inspired by the European Heritage Days), there will be presentations on history and sharing of French food and drink. Exhibits with artifacts relating to each topic will help illustrate and make the experience more compelling.

Topics for the conferences include “Grand Magasins” (department stores) in San Francisco; the History of the French Consulate; San Francisco Newspapers in French; Pompiers (firemen), Policiers (police) and their Service to the City; and The French Hospital, which was considered to be one of the leading hospitals on the Pacific Coast. 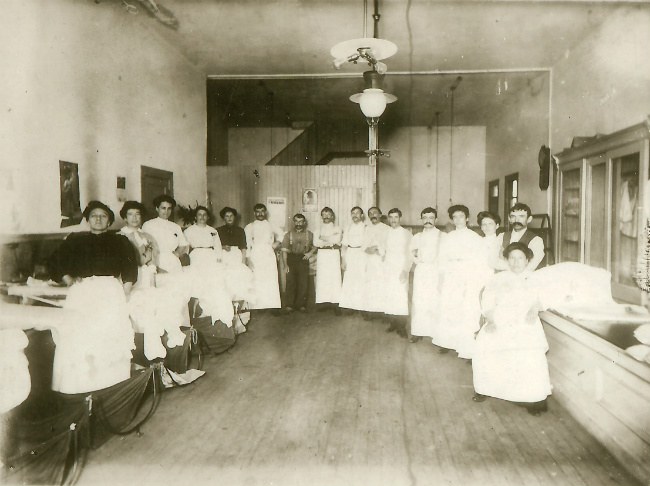 “The French community played a role in healthcare with the creation of the French Hospital by the French Mutual Benevolent Society (as early as 1851)… (and) other “sociétés de secours mutuel” that still exist today,” said LeBrun-Damiens. “From the beginning, the French brought their ideal of a universal health coverage, still a controversial topic in the United States!”

The conferences will be led by Dr. Chalmers, along with Georges Vieux and Charles Segalas, both of Comité Officiel. 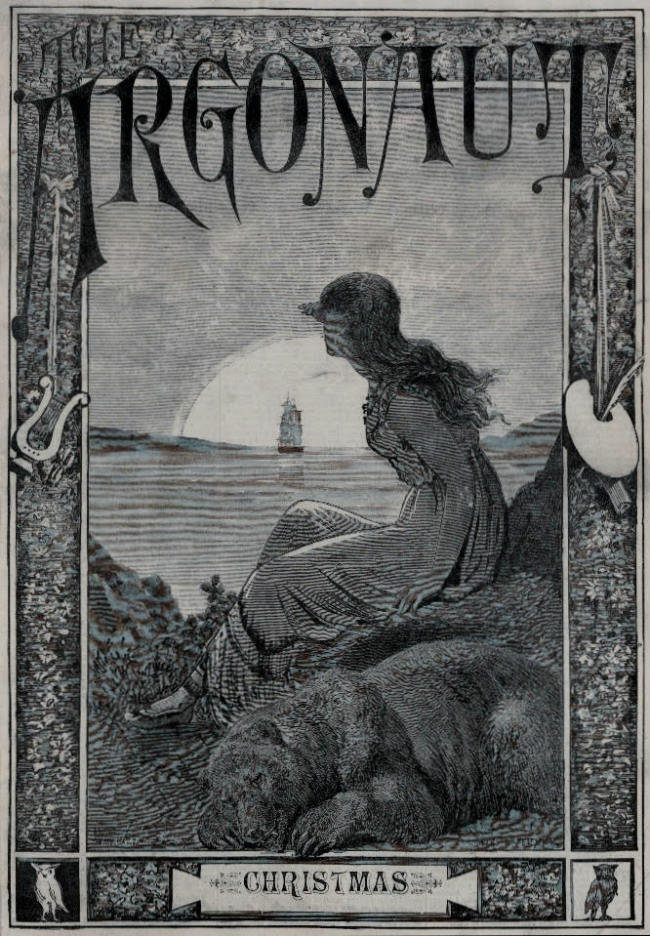 Bien sûr, there will be French food and drink. The day will start out with rosé wine (San Francisco’s summer temperatures are just now beginning after our cold winter month of Fogust), little cakes, and end with a tasting of Amer Ségalas Picon. The original Picon was served in the saloons of the 1860s San Francisco, but this is a modern cocktail of Amer Ségalas bitters, soda, lemon and grenadine. According to LeBrun-Damiens, it is popular in Alsace where students mix Amer Ségalas with beer.

The goal of the Heritage Day 2017 is to increase awareness about the French contribution to San Francisco.

“Americans and French know little about the key role the French community played in the construction of the city, its development and what the French brought to its culture and identity,” said LeBrun-Damiens. “The exhibit and the conferences at the French residence on the occasion of these “Heritage Days” are organized to highlight this wonderful history. …What would be the city without sourdough bread and the Palace of the Legion of Honor?” 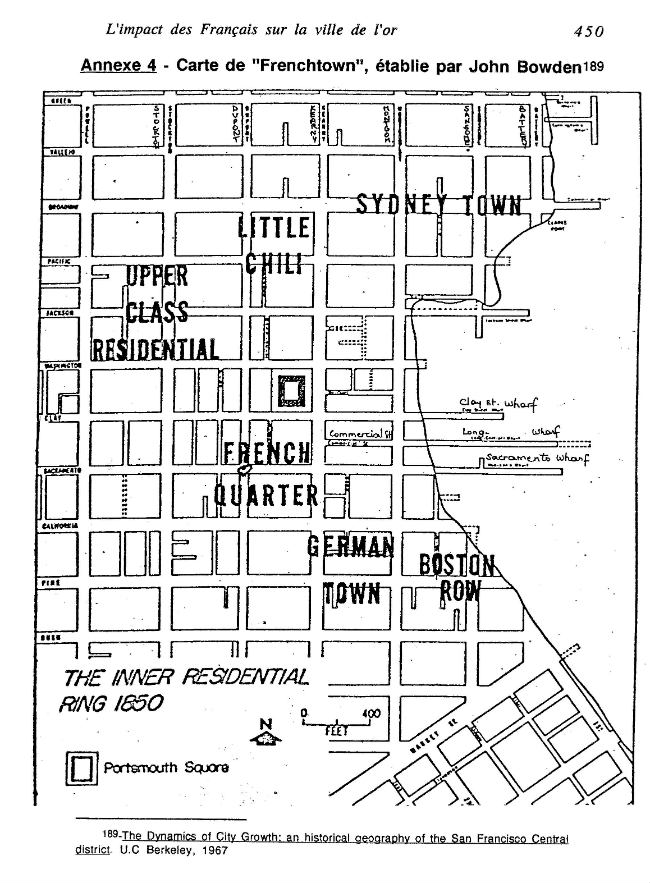 Previous Article 3 Events to See Now in the South of France
Next Article Parisian Walkways: Rue Vieille du Temple in the Marais District