Read the Signs: La Croisette, “The Little Cross” in Cannes 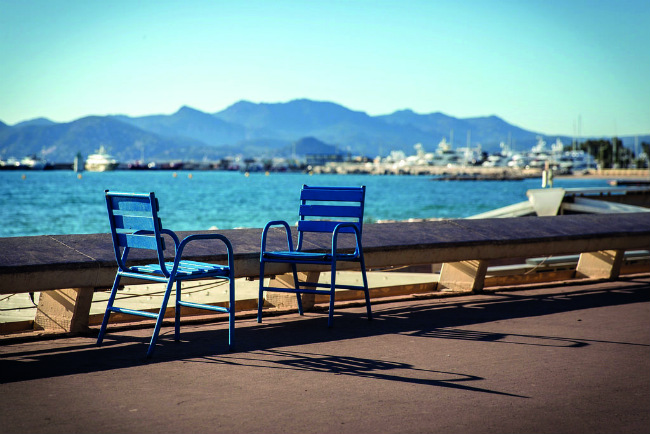 Cannes evokes visions of glimmering azure waters, swaying palm trees, fine beaches, and the glitz and glamour of the playground of the rich and famous. In line with this image, the main coastal boulevard, the emblematic Croisette, embodies all that is sybaritic and luxurious, an anchor for the most prestigious addresses in the French Riviera.

But the origin of this splendid avenue is diametrically opposed to its current hedonistic identity. La Croisette, in its humble beginnings, was once a very spiritual place. And the clue is in the name.

‘Croisette’ comes from the Provençal word crouseto, which means ‘small cross’. The word came to be used to designate this spot because the glitzy boulevard was once a humble dirt path used by pilgrims on their way to the abbey on the island of Saint-Honorat. Today a steel cross on La Croisette commemorates those who made this pilgrimage.

In 1853, Mayor Barbe asked to be granted the coastal strip, then abandoned, to build a public promenade. Initially reluctant, residents agreed to pay most of the construction costs for a five-metre-wide road. La Croisette in its modern incarnation was born, and the village metamorphosed into a seaside resort loved by those who flock to its sun-kissed shores in an entirely different kind of pilgrimage.

Previous Article Blast from the Past: Return of the Fairy and Resurfacing Drinks in France
Next Article Now Open in the Marais District: Lafayette Anticipations