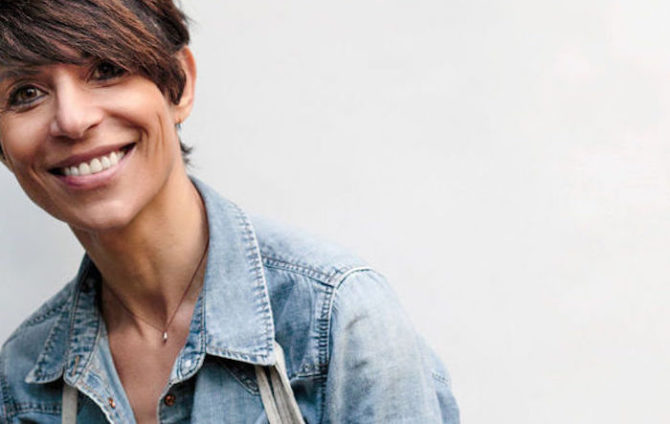 Dominique Crenn is one of the world’s greatest chefs. Her flagship restaurant in San Francisco, Atelier Crenn, has been awarded three Michelin stars, while her Bar Crenn holds another star. Known for her creative cuisine, Crenn has authored two books, the first with recipes and the second her recently published autobiography Rebel Chef: In Search of What Matters. It’s a fascinating look at a fascinating person.

Crenn’s has been an unusual journey, and she is not your usual chef. As an infant she was adopted by a couple in Brittany, her father a Resistance hero and a friend of Charles de Gaulle. Despite being raised by a traditional French family, Crenn never quite fit into the conservative France of the 1960s. One reason was her looks—part of her heritage is North African. Plus she was a tomboy with a crush on Olivia Newton-John. And then there was the matter of cooking. Crenn longed to be a great chef, and why not? “But the top restaurants are for men!” she was told. “Women cook at home.” 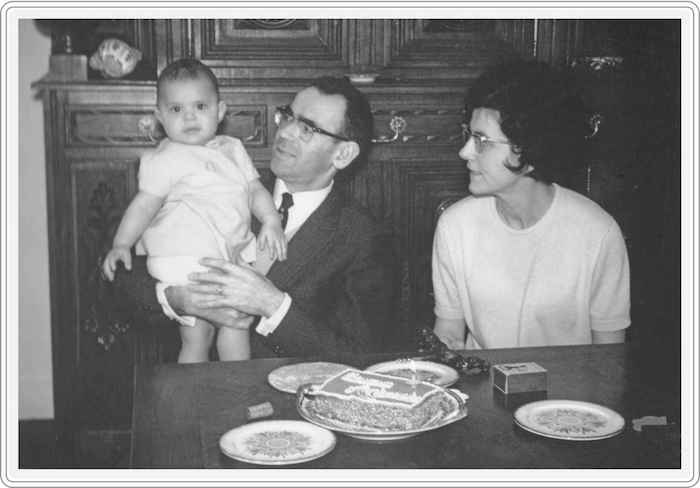 Not one to be told what to do, and fearing that she would never be allowed to make her mark in France, Crenn moved to San Francisco in her early 20s. She felt immediately at home. “I loved its welcoming energy,” she writes, and the way people were judged on “what you’ve got” rather than their credentials.

“I Know How to Cook”

Crenn’s English was poor and she knew no one, but she has never lacked self-confidence. Jeremiah Tower was THE hot chef in San Francisco at that time, so Crenn went to his restaurant to get a job. “I walked right up to Tower,” she writes, “looked him straight in the eye and said, ‘I want to work for you. I’m French so I already know how to cook.’” She was hired on the spot. 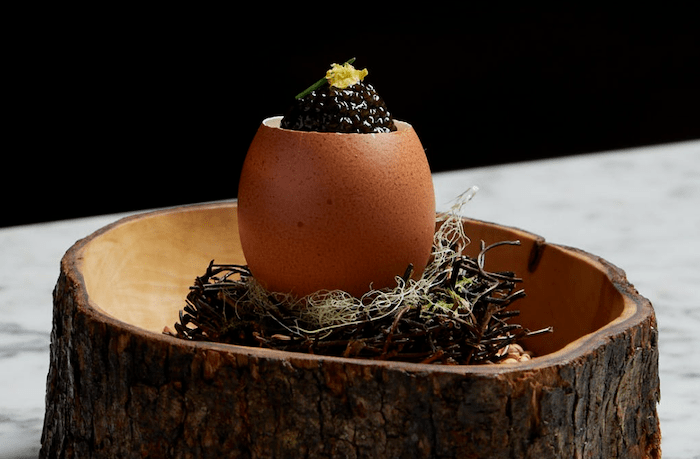 Thus began Crenn’s career in fine dining. She moved from one restaurant to another, learning from top chefs and moving up the ladder in the U.S. and abroad. One detour took her to Indonesia, where she opened a restaurant with an all-female staff. Another was to L.A., where she began to hone her style. And there were failures along the way—a new restaurant that flopped, a stint in a large corporation where she felt suffocated by the bureaucracy. But forward, ever forward, went Crenn.

Hers has been a life of constant motion. “Living is moving,” she writes. “Nothing is learned from standing still.” And even the failures don’t slow her down. “I find moving on easy,” she says. “it’s an instinct that is built into my very foundation and probably goes back to my being adopted.”

After earning her first Michelin star at San Francisco’s Luce, Crenn opened her flagship restaurant in 2011, with the economy still staggered by the Great Recession. Business was slow at first, and some critics found her dishes “too beautiful.” But Crenn was undaunted, believing that how a plate looks is important, and that all of the senses should be fully engaged. After all, she writes, “We’re not serving astronaut pellets.” 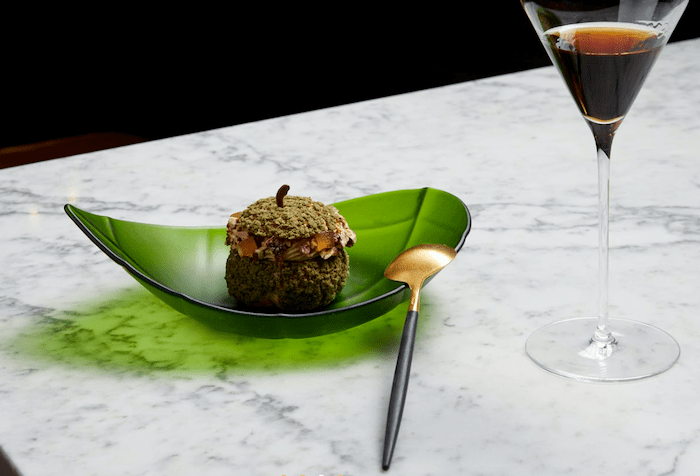 By 2013, the restaurant had earned two Michelin stars and business was booming. In 2018, a third star was awarded, making Crenn one of the rare chefs so honoured. Not bad for someone who was told she should only cook at home!

Many of Crenn’s dishes harken back to her childhood in Brittany—the fisherman hawking their catch at the port, the feel of warm earth, the scent of damp forest floor. Food is a form of memory for her, a way to recall happy days of youth. It is also a way to support sustainable agriculture—what she calls “the ethical kitchen”—with an emphasis on organic produce and the recent elimination of meat from the menu (though seafood is still featured). 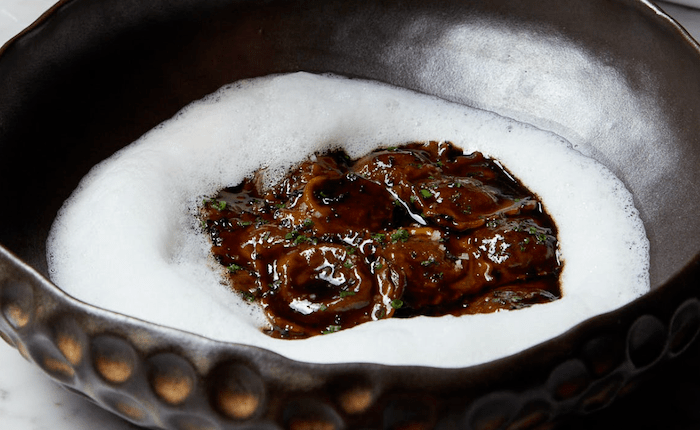 The name Atelier Crenn is an homage to her father, an amateur painter who used to work in a small atelier, or workshop. Several of his paintings adorn the restaurant’s walls. Her next restaurant, Petit Crenn, is an homage to her mother and grandmother, a casual bistro where diners are invited to drop in and idle over lunch. Bar Crenn is modeled after the Paris salons of the 1920s and her latest project, Boutique Crenn, is a combination boulangerie / art space slated to open sometime in 2020.

Crenn’s world was turned upside down last year when she received a diagnosis of breast cancer. After a double mastectomy and exhausting chemotherapy, she has taken the time to reflect on what is important in her life. Crenn has reached the peak of her profession and is engaged to a woman she loves, but wonders if she been too focused on success “at the expense of what I need as a human being. How do I want the next stage of my life to look?”

Whatever Dominique Crenn decides to do, we can be sure it will be done with the same fierce passion and energy she has brought to everything else in her life. As she says, “living is moving.” 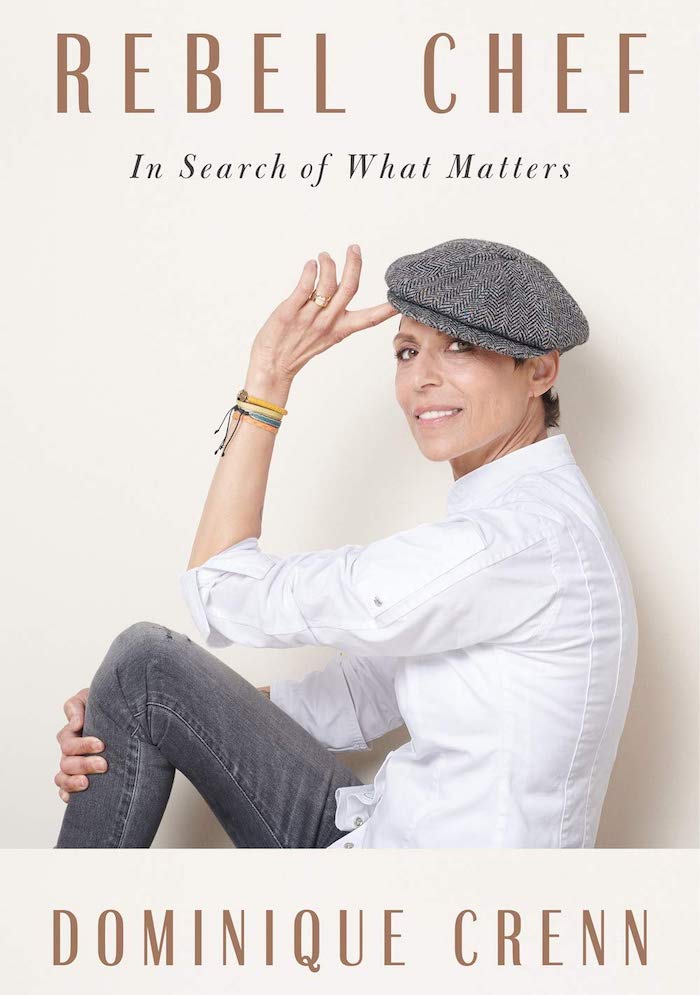