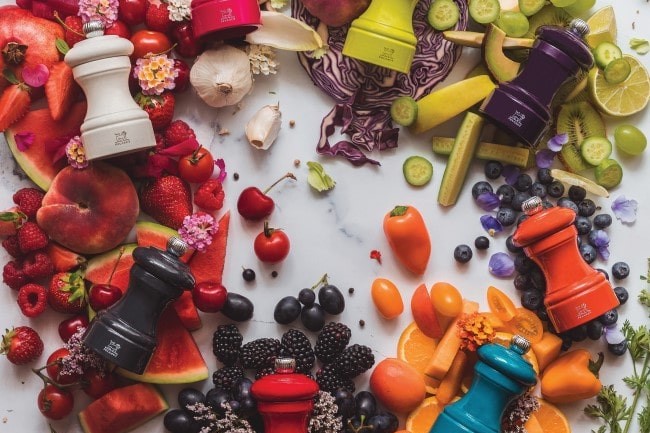 Famed for its cars, Peugeot started out making kitchen equipment and to this day produces some of the finest mills and bakeware around, as Dominic Bliss discovers.

For many of the world’s manufacturers, the global pandemic has been a disaster. Not for Peugeot Saveurs, the kitchenware arm of the Peugeot brand, however. This world-renowned French company has been making premium-quality salt, pepper and coffee mills for over 200 years, as well as ceramic bakeware and wine accessories. It has proved to be a life-saver for foodies and chefs in kitchens all over the world. In spite of – or perhaps because of – all the lockdowns and Covid regulations, home cooking has thrived throughout the pandemic, and high-end kitchenware products have been selling better than ever.

By agilely adapting its strategy and through strong teamwork, Peugeot Saveurs saw a 40 per cent uptick in business during 2021; in all, it experienced a 50 per cent growth over the past two years. “With all the different lockdowns we’ve experienced, people have spent much more time indoors and rediscovered the culture of home cuisine,” explains Peugeot Saveurs’ chief executive Sébastien Zott.

The company currently sells more than two million salt, pepper, spice and coffee mills every year, its products exported to more than 80 nations worldwide. It employs 185 people in total, most working at the headquarters in Quingey (in the Doubs department, close to the border with Switzerland), where the vast majority of the products are manufactured, but also at subsidiary bases in Belgium, Germany and the United States. The fourth and newest subsidiary, in the UK, began trading in 2021 and is already posting strong growth, achieving its aim to make Peugeot and its products more visible to British consumers.

“We’re really proud that the lion’s share of our manufacturing is still done at our French factory,” says Zott. “We know that being able to continue saying ‘Made in France’ is important to our brand and our customers. Although we have, of course, modernised, the craftsmen and women use many original artisanal methods. Some of the mills are still hand-turned, for example. Most of our employees are specialists in their feld, and some have been at the company for much of their working lives.”

The quality of the products rolling off the production line is astoundingly high. The company is most famous for its grinding mills. Both manual and electric, these include mills for pepper, salt, nutmeg, chilli, faxseed and cinnamon. There are more than 700 spice mill models available in all, from the 10cm Bistro (launched recently in Bistrorama colours), all the way up to the impressive 110cm Limited Edition Paris Prestige.

Equally important is the range of wine accessories, which includes tasting glasses, corkscrews, decanters, champagne coolers and vacuum pumps. And fnally, there is the ceramic bakeware range – robust, scratch-resistant dishes in a huge range of colours and sizes, all with a distinctly Gallic style.

Peugeot has certainly had long enough to perfect the quality of its products. It was all the way back in 1810 that the Peugeot brothers – Jean-Pierre and Jean- Frédéric – founded Peugeot Frères, transforming their father’s old grain mill into a steel foundry, from where they initially manufactured steel items such as saws, springs and rolled steel. This was in a town called Hérimoncourt, not far from the current company headquarters in Quingey.

In 1840, the company produced its frst grinding mill this was the year the company released its frst pepper mill. Called the Z model, it was– a wooden and sheet metal coffee grinder called the R model. Fifteen years after that came the frst cast-iron mills. Known as counter or grocers’ mills, they were used to grind coffee, sugar and oats for shop customers. 1874 was a major milestone as produced in plain white china, then in silver-plated metal, Bakelite and wood. And it has remained universally popular ever since: the modern version of the Z model is still manufactured to this day.

Towards the end of the 19th century, Peugeot started manufacturing bicycles and motor cars. In 1889, Armand Peugeot showcased the first Peugeot- branded automotive vehicle at the World Fair in Paris – a steam-driven three-wheeler. Years later the company split into two separate entities – one focusing on car manufacture, the other on kitchenware.

Following the Second World War, mill production at Peugeot went into overdrive, with electric coffee mills arriving in 1952, the Auberge beechwood pepper mill in 1956, the stainless steel Peuginox pepper mill in 1958, and the Paris pepper mill in 1987. By 1996 the company was selling an astonishing one million mills every year. Fast forward to today and that annual figure has more than doubled.

But what’s the reason for such healthy sales figures? According to Sébastien Zott, it’s all about the high quality of his products. Indeed, in 2017 the company was awarded the prestigious EPV (Entreprise du Patrimoine Vivant) label – a state-issued accolade which recognises French businesses with the very highest level of traditional and industrial expertise.

Sustainability is also key to Peugeot Saveurs’ overall business model. The company explains how the wood used for its mills is sourced from European forests certified by the PEFC (the Programme for the Endorsement of Forest Certification), and how each mill is then assembled at the Quingey factory. “To protect the environment, post-manufacturing chips and sawdust are collected and recycled,” says the website. “Solvent-free paint is chosen for the finishes.”

With business booming, the company is now looking to the future. It has announced investment of €4m in the factory over the next five years and, in 2022 alone, it will invest €2m in brand communication to engage with customers and explain its values. Zott plans to increase business to €100m by the end of the decade.

Key to this growth will be the company’s dedication to innovation. For proof, just look at its latest products. Among them there’s a range of brightly coloured Bistrorama pepper mills; there are Paris pepper mills in both olive wood and copper plate; there are whisky tasting glasses with bases that chill the drink; and the ceramic bakeware range has been extended with new dishes and colours. On the website, the company sums up why, more than 200 years after the Peugeot brothers launched their first steel products, they are still one of the world’s leading kitchenware brands: “Innovative technologies, beautiful materials, high- performance mechanisms, user-friendly designs.”

In both domestic and professional kitchens all over France, and increasingly abroad, these are some of the best-selling Peugeot kitchenware products 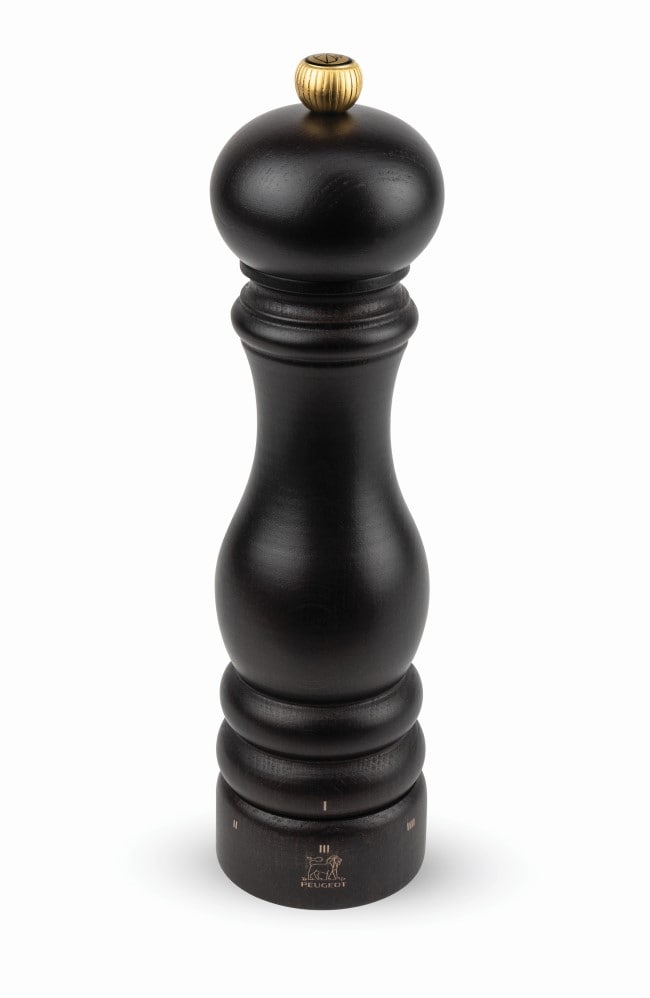 All the Peugeot products can be found on the company’s website, through traditional cookshops, Amazon and the larger retail chains.