Still in the Dark Ages: Are French Kitchens Sexist? 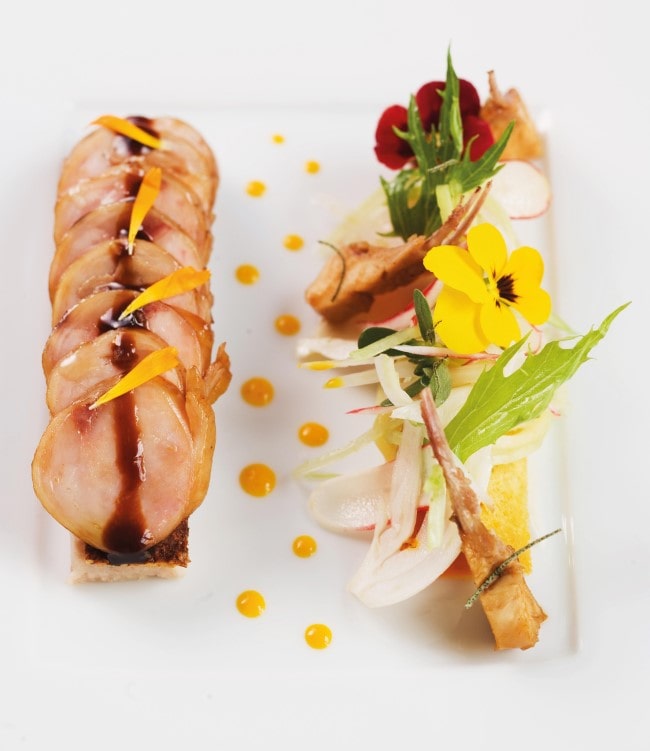 While women have been entering France’s culinary profession at higher rates than ever, men continue to receive the bulk of the major awards and Michelin stars. Here, the author of a new book on the subject, Rachel E. Black, talks about why that is – and what needs to change. Words by Caroline Harrap.

When Connecticut college professor Rachel E. Black began researching her new book, Cheffes de Cuisine, she discovered that stories of gender inequality in professional French kitchens were sadly all too common, and for many women across the industry, it was simply the daily reality they faced. But there was one anecdote in particular that stayed in her mind.

“There was this one lady, who was running a family restaurant in Lyon, and she was pregnant. But as she was the only one doing the cooking there, she needed to continue working as close to the birth as possible, and she ended up going into labour during the lunchtime service. Nevertheless, she still finished doing the lunch, before going off to the hospital, and was back at work again just two or three days later. Perhaps unsurprisingly, she decided to stick to just one child after that.”

While this may be one of the more extreme examples to emerge, stories such as this one pepper every chapter of Rachel’s book, a groundbreaking new work that explores what it is to be a woman in a professional French kitchen.

In order to do this, Rachel decided to focus on documenting the lives of the female chefs in Lyon. Widely acknowledged as the gastronomic capital of France, Lyon leads the way in many aspects of French food culture – and the city’s cheffes de cuisine have always been an integral part of that.

Indeed, the book begins with the women who helped put it on the culinary map in the first place – the mythical ‘mothers of French cooking’, the Mères Lyonnaises. For those who haven’t come across them before, the Mères Lyonnaises became a phenomenon after World War I when many of the big bourgeois houses in Lyon could no longer afford to keep their cooks. With little alternative, these resourceful women began opening their own small restaurants, often with their husbands, and these quickly gained a reputation for high-quality, homely food using local ingredients.

When the reviewers from the Michelin Guide went on to describe these women as the guardians of Lyonnaise cuisine, it was the start of a new movement – and one that came to be epitomised by perhaps the most important female figure in French culinary history. Known as the ‘mother of modern French cooking’, Eugénie Brazier was the first person to be awarded six Michelin stars – three each for two restaurants, both called La Mère Brazier. Today, she is also credited with being an important influence on such celebrated chefs as the late Paul Bocuse, who talks about his admiration for her in the book. Her legacy very much lives on.

“Initially, I wanted to write the definitive history of the Mères Lyonnaises, as they still haven’t had the full recognition they deserve,” says Rachel, who spent several years in Lyon doing the research for her book. “But as soon as I began delving into the archives, I discovered just how little tangible evidence remains of their story today – and how their history is very much an oral one. And so, in the end, I had to accept that this wasn’t going to be a definitive history after all – but, as a professor of anthropology, I began to ask myself questions about why their history was so sketchy, and why the records aren’t there. This, in turn, led me on to wider questions about the lack of formal recognition for women – for instance, the only public memorial to the Mères Lyonnaises is a panel in a mural – and what it is to be a female chef in France today.”

Certainly, while things may have moved on a bit since the original Mères Lyonnaises, the challenges faced by women chefs in the country remain much the same. From the military-style training and daily sexism in the kitchen to the unsociable hours and poor work/life balance to the lack of female role models, there are still many obstacles to be overcome.

According to the latest figures from French statistical agency DARES, of the total number of people employed in France as cuisiniers (chefs, cooks and kitchen workers), more than a third of these are now women. In addition, it is also pointed out in the book that women are now entering professional training in the culinary arts at a higher rate than men.

And yet, there remains precious little in the way of formal recognition. For example, only around five per cent of the country’s Michelin-starred restaurants are headed by female chefs; on the famous TV show, Top Chef, women are still in the minority as contestants, winners and judges; and the prestigious Meilleur Ouvrier de France (MOF) has only been awarded to two women in the cuisine category in almost a century (Andrée Rosier in 2007 and Virginie Basselot in 2015).

“When you look at all these big markers of success and accomplishment in the top ranks of the profession, there are just so few women there,” says Rachel, who as part of her research for the book also attended a culinary school in France and worked as an apprentice in French kitchens.

“And Michelin hasn’t been very proactive in doing anything about it, either. They’re like, well, we just judge the quality of the food. So there’s that.

“And then, if you look at The World’s 50 Best Restaurants, which is another important list, they’ve gone in another direction, which is equally problematic, by creating a list of the best female chefs in the world.

While some women are like, ‘hey, I’ll take any recognition I can get’, the reaction of others is, ‘why should we have a separate category? I want to compete against everyone!’.”

While it was hoped that the #MeToo movement might go some way to redressing the gender imbalance in professional French kitchens, the campaign didn’t gain quite the same traction in France as in some other countries. Then, of course, there is also the story of broader exclusion in the upper echelons of French cuisine with the lack of wider diversity. But, despite all of these challenges to be overcome, it seems there is hope for the future.

From the female figureheads of French cuisine to the rising stars of the scene, here we bring you just a few of the women chefs blazing a trail across France. 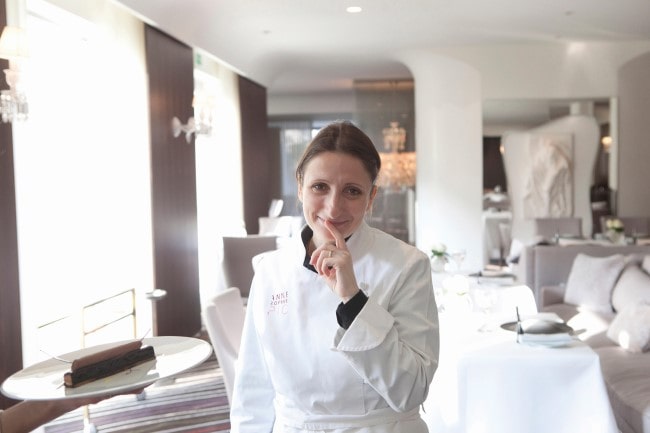 In the course of her book, Rachel also features some of the successful women chefs in Lyon who have been blazing a trail more recently – from those at the traditional bouchons, for which the city is renowned, to the ones who have been striving to do things a bit differently. One story that stands out in particular is that of Tabata Mey who famously appeared on Top Chef in France and reached the semi-finals of the prestigious MOF competition. Today, along with her husband Ludovic, she runs the Michelin-starred restaurant Les Apothicaires in Lyon, as well as their recently opened gourmet food court in the city.

Looking at the wider picture across the country, there is also starting to be better representation of women chefs in the media – and more female role models emerging too. As well as established figureheads such as Anne-Sophie Pic in Valence, currently the only woman chef with a three-star Michelin restaurant in France, there are new talents emerging. One such example is the celebrated chef Claire Vallée, whose restaurant ONA, in Arès, is the first vegan establishment in France to be awarded a Michelin star.

And, to bring things full circle, Jacotte Brazier, the granddaughter of Eugénie Brazier, has set up a scholarship programme to help support young women in Lyon through their culinary training. Running since 2007, it aims to provide a boost for the next generation of female chefs. In addition, to further support the work of women in the field, Jacotte has founded an awards scheme for culinary writers and photographers.

“When I first began work on my book, there was next to no talk of women cooking in restaurants in France,” says Rachel. “So, while we still have a way to go, one of the most interesting developments in the course of my research has been to see the spotlight at last start to focus more on women – and to see women finally taking back their story.”