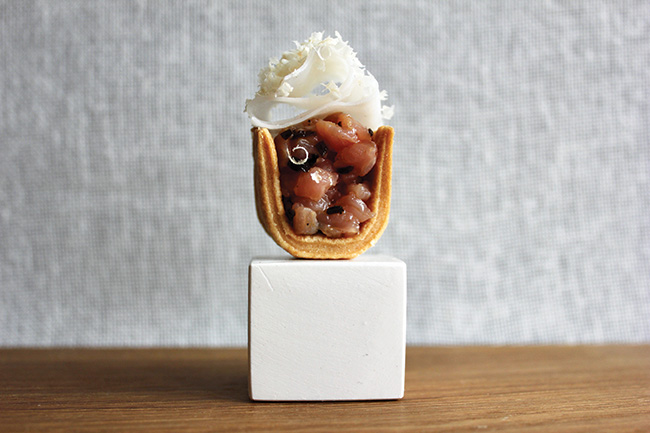 Alexander Lobrano discovers an exciting restaurant scene serving up a new style of dining in post-pandemic France. In this review, he heads to northern France to taste the delights on offer at Restaurant Arborescence.

Slowly but surely, the North of France has become a gastronomically serious destination on par with such better known epicurean regions as Alsace or Provence. The delicious evolution of the restaurant scene in both Pas de Calais and Le Nord is down to a new generation of young chefs who have chosen to stay put to pursue their careers, instead of migrating to Paris or the South of France, as has been the norm.

Abetting the scene has been the new economic vitality in a heavily industrial area that had previously suffered as such traditional activities as coal mining, metal-working and textiles closed down. Now Lille, for example, has a thriving start-up scene, and the old wool-weaving town of Roubaix has become a logistics centre with many small-business incubators.

Delicious and sustainable dining is served up by Félix and Nidta Robert at Arborescence in Croix, on the outskirts of Lille © Arborescence

It seems fitting then that the most anticipated new opening of the year in this region should occupy the former red-brick premises of a textile factory in Croix, on the outskirts of Lille. This is the setting for Restaurant Arborescence, an ambitious new table by young chef Félix Robert and his wife Nidta, who was born and grew up on a fruit farm in northern Thailand before moving to France to pursue a career in gastronomy. Together, the pair have a very impressive resumé that includes stints in the kitchens of Alexandre Gauthier at La Grenouillère, La Maison Troisgros in Ouches and Nihonryori Ryugin in Tokyo.

The couple also share a love of plants, vegetables and fruit, which they place at the heart of their very personal and assiduously environmentally-sustainable
contemporary French cooking. This winsome new table had only been open for a week when I visited for dinner with friends from Leeds, who were continuing on to their place in the Dordogne by car the following morning. The eagerness to please of the young staff predisposed all of us to like this restaurant, but this benevolence was hardly necessary in the face of such exquisite cooking.

Every dish that came to the table was as beautiful as it was delicious, including an oyster hidden inside a pale green smoked mousse made with seawater and garnished with shavings of chocolate; smoked eel ravioli; and sole in a luminescent sauce of birch sap (birch sap is a traditional spring ‘cure’ in Flanders).

If we loved the savoury part of our meal here, it was the dessert that astonished, a shortbread biscuit garnished with cream and lovage and filled with strawberries and a sriracha-spiked caramel, an intriguingly piquant pirouette that perfectly framed the sweetness and succulence of the berries.

At the end of our meal, my friends booked for dinner in three months’ time on their way home and we all agreed that this young couple is destined for certain culinary stardom.

Previous Article Tracing the Pyrenees
Next Article The Devil is in the Details: Fashion in Fiction