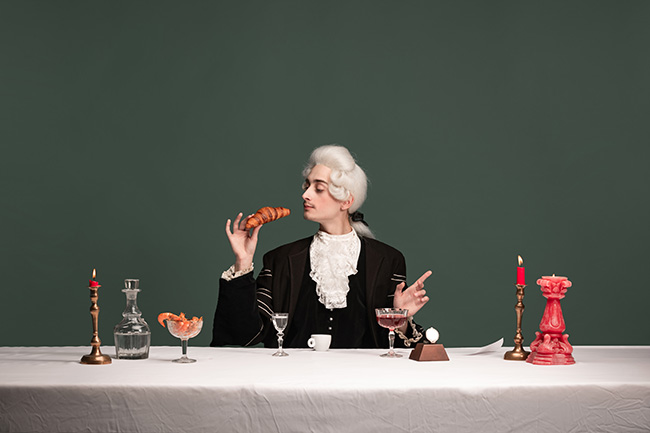 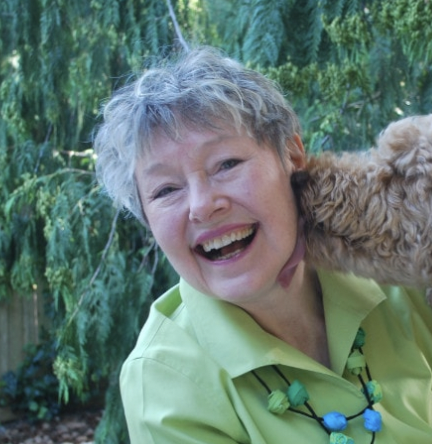 As an author of historical fiction, I strive to include unique details that immerse readers in the lives of people who lived long ago. And the unexpected consequences of fashion details are the most fun, intriguing, and engaging. Here are just a few examples.

Eighteenth-century fans were hand-painted silk, often trimmed in lace and jewels. But a lady used them not only to cool herself, but also to flirt, reprimand, and invite or dissuade suitors. The magic was all in the fluttering.

I learned that beauty patches (les mouches, French for flies, as the patches resembled the insects) could not only hide blemishes and make a fashion statement, but also the positioning of les mouches on one’s face could signal one’s inclination for a tête-à-tête. I couldn’t wait to include that enticing tidbit.

On a research trip to France, I found myself studying Hyacinthe Rigaud’s Portrait de Louis XIV en Costume de Sacre at Versailles. The Sun King wore white shoes with red heels, but as Louis was known for over-accessorising, I didn’t find his shoes unusual. Especially since red dyes were expensive and wearing the colour was often restricted to royalty.

But on a trip to the Musée Condé du Chantilly, while viewing Le Déjeuner d’huîtres (The Oyster Luncheon) by Jean-Francoise de Troy, I noticed that some of the gentlemen’s silver-buckled, black leather shoes had red heels. Just like the position of a mouche and the wave of a fan, it was clear that red-heeled shoes had a deeper meaning than wealth: they were a status symbol.

Although red heels may have originated in the French court, red shoes go in and out of style. Christian Louboutin sued fellow designer Yves Saint Laurent for copyright infringement for the use of Louboutin’s trademark red-soled shoes. I suspect if the Sun King were around, he’d simply send a lettre de cachet, and Louboutin would be designing shoes in his cell at the Bastille.

In the first book of my series, which takes place during the French Revolution, Joliette, the heroine of Her Own Legacy, meets her love for the first time and catches a glimpse of his shoes. No red heels—he’s not been presented at court, he’s far below her station! But like every strong, determined woman, protocol does not stop her. She simply smiles and flicks her fan.

Her Own Legacy, the first book of the Château de Verzat series, is now available to buy in the UK and US.

Debra Borchert is the author of Her Own Legacy, the first book of the Château de Verzat Series. Her work has appeared in The New York Times, San Francisco Chronicle, The Christian Science Monitor, and The Writer, among others.