A Good Year for Ridley Scott 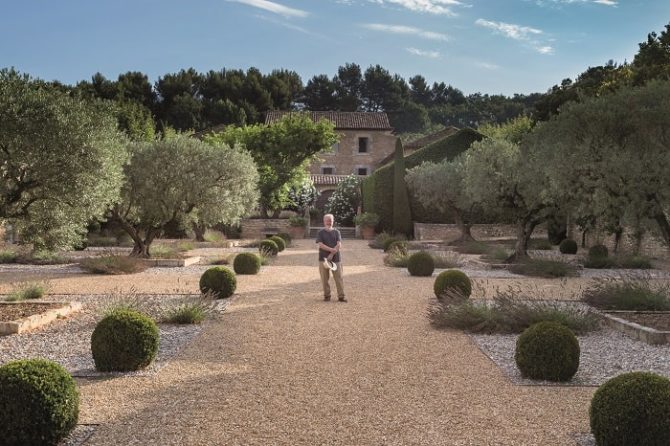 At his Luberon estate, in Provence, the British film director and producer puts his first bottles of wine on the market. We can expect sequels, says Patrice Bertrand.

Far from the dark and oppressive backdrops of Alien or Blade Runner, Ridley Scott has started to produce his own reds and rosés under the Provençal sky, in the brand new cellar of his Luberon vineyard. A great oenophile and vintage wine collector, Scott also just opened a boutique there evoking his cinematographic universe. Three rental cottages allow visitors to immerse themselves in the Provençal vineyard.

“When I lived in my country 25 years ago, the rain was a real problem for me who needs light,” Scott told the French press. “In Provence, the climate is spectacular and I found my happiness there.” It’s this quest for sunlight that led him to acquire in 1992 the Mas des Infermières (the Provençal word for ‘nurses’), an old property near the village of Oppède which served as a hospital in the 17th century.

But while the director of Thelma and Louise settled in the Luberon to draw and paint in his spare time, he quickly discovered another passion there: the art of winemaking. Already, in 2006, the Provençal vineyard interested him enough to become the subject of A Good Year, his film shot in the region starring Russell Crowe and Marion Cotillard. His neighbour and friend, the late Peter Mayle, wrote the screenplay. Then, curious to know if the Mas des Infermières’ 14 hectares of vines could produce quality wines, he began, in 2009, cultivating the plots himself, the grapes being vinified by a local cooperative.

The success of the roughly 6,000 bottles produced each year ultimately led him to make his own wine. In 2017, he recruited a team of winemaking professionals and began major construction, in particular building a state-of-the-art 2,200m² cellar capable of producing around 30,000 bottles. 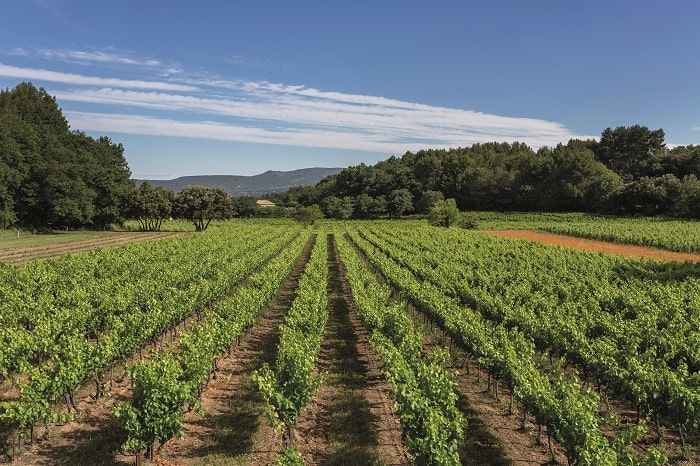 The cellar was completed just in time for the 2020 harvest and vinification. The result: the Source 2020 cuvée, a Syrah-Grenache blend available in red and rosé. Its distribution began in early spring 2021. At the same time, another rosé, the Chevalier cuvée, was added to the range. The bottles, sold in France and available soon in the United Kingdom, are priced at around €15. They all have a distinctive feature: labels designed by Ridley Scott himself, who also did the layout sketches for the facilities and the store, which has just opened for the season.

The store is decorated, in a separate area, with memorabilia from his films, including the famous spacesuits from the film Alien. In addition to wine, the estate’s olive oil and honey can also be purchased there. Incidentally, the Mas des Infermières is labelled ‘Bee Friendly’ and nearly six hectares are dedicated to bees. “We wanted to adhere to an environmental approach but, rather than being organic, we chose to be ‘Bee Friendly’ and protect the bees,” explains Christophe Barraud, the estate’s operations manager.

Very involved in the activity of his estate, Ridley Scott, is present here six months a year and, at 83, has clearly no plans to put an end to his wine adventures any time soon. He has just planted Vermentino and Roussanne vines on new plots. These grape varieties will allow him to make white wines which will be marketed in around 2023.

Previous Article What to See and Do in Languedoc-Roussillon
Next Article Le Dernier Mot: On the Trail of the Wholesome Pine