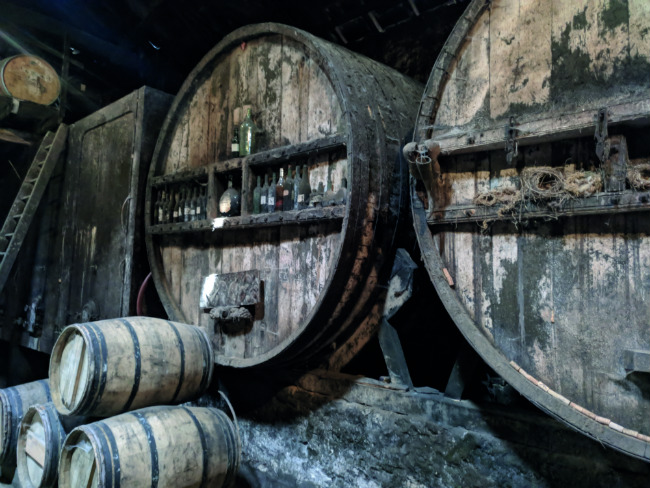 “We’re outlaws,” says Alexandre Ladevèze, conspiratorially. “My father and I could go to prison and be fined €30,000,” adds the fifth-generation armagnac producer and scion to the Domaine de La Boubée in Gascony.

He clearly thinks nothing of spilling the beans to a notebook-toting journalist. “We’re too organic, you see; we refuse to use any kind of pesticide; that’s the way my family has always made armagnac and I’m not about to change a winning formula,” he stops short, looking over his shoulders as though checking for gendarmes.

As France’s first eau-de-vie (some claim it may be the oldest distilled spirit in Europe), armagnac is steeped in tradition and mutinous producers like Alexandre (and the vast majority of his rule-flouting neighbours in the Ténarèze area) are not about to relinquish centuries-old savoir-faire to EU dictats. “My grandfather used to dab armagnac on his face in lieu of after-shave every morning,” he announces proudly. “And my father was born in a cloud of armagnac.” This is no turn of phrase. The village doctor ordered a cauldron of boiling water laced with armagnac be brought in during his papa’s birth, in the middle of an especially nippy January, to heat up the room and ensure a smooth delivery. “It wasn’t even called armagnac back then, really. It was just referred to as eau-de-vie,” he points out.

He may not be law-abiding but he is a stickler for tasting etiquette all right. “Pivot!” he instructs our little group, demonstrating how to cup our snifters for optimum “aroma-freeing warmth”. “Don’t be lazy, you won’t break the glass,” he snaps, prompting more feverish cupping and swivelling. 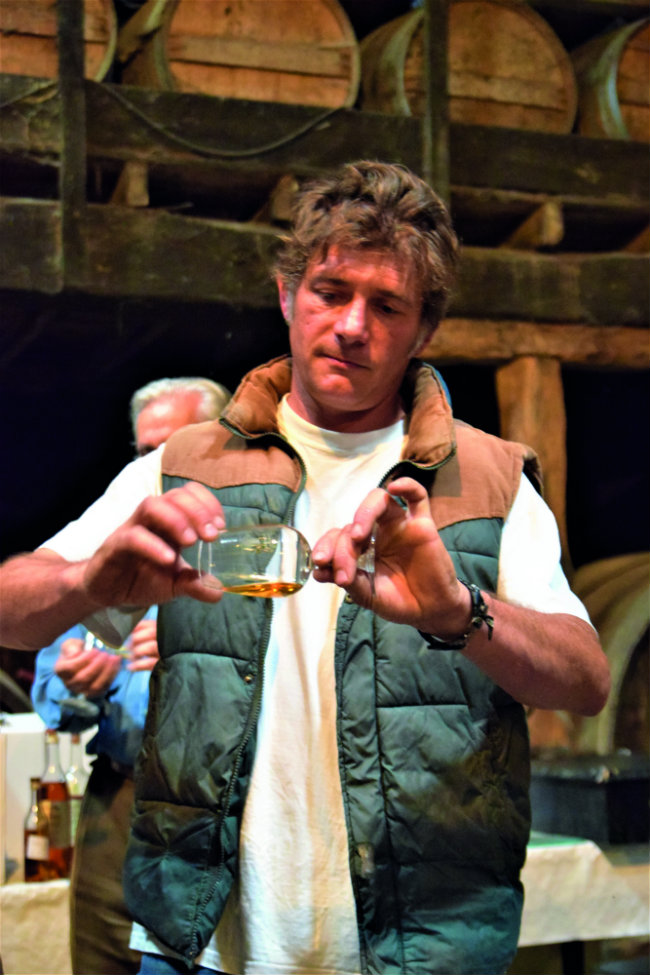 Aged in oak barrels for anywhere between four and 35 years, armagnac is a serious and painstaking business and needs to be treated with the respect, reverence (and elbow grease) it deserves. And the proof is in the pudding. Cradling – and pivoting – the glass in one’s palm to gently warm the golden nectar allows its temperature to rise. This, in turn, releases a palette of new aromas, softening the initial fiery kick (if you dared to disobey Alexandre’s orders and take a cheeky swig pre-pivoting) and revealing a surprisingly sweet-scented spirit – the crucial difference between armagnac and cognac.

Unlike cognac which is twice-distilled, armagnac’s single distillation means that fewer of the tipple’s natural elements are stripped out, making a more “complex” brandy, according to Alexandre. Though where flavour and complexity are concerned, he has a secret weapon: his grapes. The domaine may only cover 18 hectares, paltry compared to other producers, but it boasts nine out of the ten grape varieties that make up the armagnac appellation – the result of decades of dogged searching.

“It’s like a colour palette, you need all the primary colours to create the right armagnac,” he insists. The tenth, Meslier-Saint-François, still evades him; but he’s keen to remedy this state of affairs. “It’s the Holy Grail,” he chuckles. “Most producers only rely on three or four grape varieties, mainly Ugni-blanc, Folle Blanche and Baco, so you can imagine what a challenge reintroducing these rare and virtually extinct varieties has been. Not to mention getting them to grow and multiply. For me it’s a matter of preserving our heritage. If we don’t grow them, they’ll die.”

While finally completing his “collection” will mark the culmination of years of hard work, it will also herald the start of a decade-long and ultimately ‘blind’ venture. “I’ll only be able to taste what I plant now in ten to 15 years,” he shrugs. “That’s armagnac. It requires patience.”