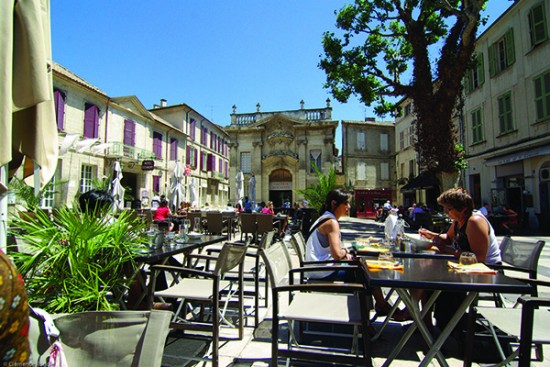 Three hours south of Paris, Avignon holds great treasures that are part of an incredible Christian heritage. Famous worldwide for the children’s song Sur le pont d’Avignon, written about its bridge, the city is also home to many lesser-known marvels. Here are our top five things to do in Avignon!

The Palace of the Popes

The 14th-century Palais des Papes is one of the most important Gothic buildings in Europe, perfectly representing the cultural significance of the Church in medieval times. Nine popes lived there, from Clément V to Benoit XIII; a visit to the Palace allows you to discover their private apartments, complete with places of worship and stunning murals. Overlooking the city from the Rocher des Doms, it forms part of an exceptional architectural ensemble along with the ramparts and the Petit Palais.

Founded in 1947 by Jean Villar, Avignon Festival turns the city into a live theatre each July. Indeed, the Festival d’Avignon is one the biggest cultural events based in theatre and live entertainment in France. The city’s heritage sites are transformed into the magnificent and surprising settings for various art performances such as shows, exhibitions and projections. Over three weeks, the general public is treated to an enticing mix of both emblematic and lesser-known works of art.

Cruises on the Rhône

At the bottom of Avignon’s old town lies the Rhône River, which offers a fantastic point of view over the city from the deck a boat. Thanks to the repair of the riverbed, it’s now really easy to access the water and embark on a memorable fluvial cruise. On a Croisière des Vignobles, treat your taste buds to a traditional menu inspired by local produce. Music lovers can even opt for a DJ cruise – the choice is yours! 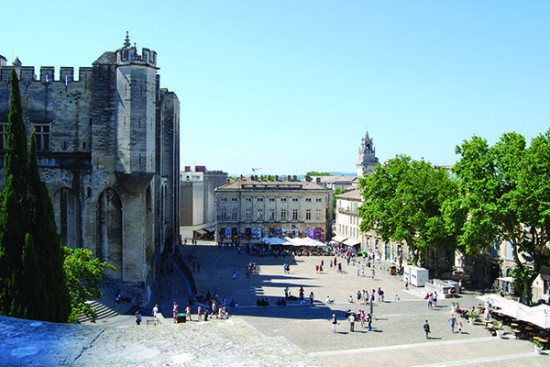 Known worldwide thanks to the children’s nursery rhyme, Avignon’s famous bridge is full of mysteries. Did you know its real name is the Pont Saint-Bénezet? It was named after a modest shepherd who was allegedly ordered by God to build a bridge in Avignon. The story goes that he alone carried the bridge’s first stone to the river. Another of the bridge’s mysteries is that only five arches of its original twenty-two remains intact. Some historians believe that the bridge underwent ongoing construction for centuries, and that the bridge we see today is what remains following its collapse in the 17th century.

The Papaline d’Avignon, created in 1960, is a small chocolate truffle in the shape of a thistle and filled with liqueur d’origan du Comtat. Its name was chosen to honour the Popes of Avignon. This delicate confection is particularly rare as it is only produced by the Maîtres Pâtissiers of Vaucluse. The liqueur it contains is produced from the oregano plant, made from no less than sixty plants picked on Mont Ventoux, and Provençal honey is added for sweetness.

Previous Article Villefranche-sur-Mer: A Beautiful Hideaway on the Côte d’Azur
Next Article The French Road Trip: The Best Drives in the South of France