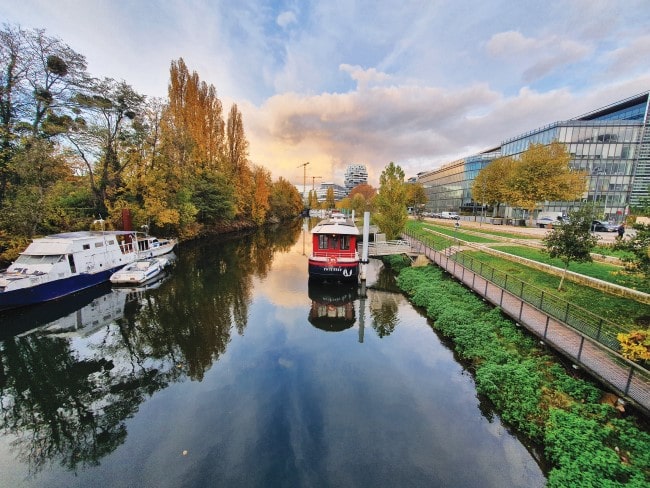 Rich in history and fabulous architecture, Issy, at the edge of Paris, is one of France’s most innovative cities, with an inventive grasp on smart technology… humans and robots are ready to welcome you.

The greatest French and international architects – including the likes of Christian de Portzamparc, Jean Nouvel, Jean-Michel Wilmotte, Daniel Libeskind and Winy Maas – transformed Issy-les-Moulineaux from a typical early 20th-century industrial suburb into the thoroughly modern city at the gates of Paris that you’ll find today.

Issy was an early adopter of internet technologies and is considered one of the most forward-thinking cities in France. In its role as a Smart City, it has embraced technology, from public transport to waste disposal. For the visitor, check out four routes on the Issy app to learn the city’s history, cultural heritage and environment. The Issy Museum is the first in France to adopt Li-Fi technology, allowing visitors a seamless experience: as you get near a painting, a video is automatically launched thanks to an LED bulb lamp located nearby. And don’t miss a chat with Pepper – the semi-humanoid robot who can be found working as a receptionist at the museum or at the Tourist Office. 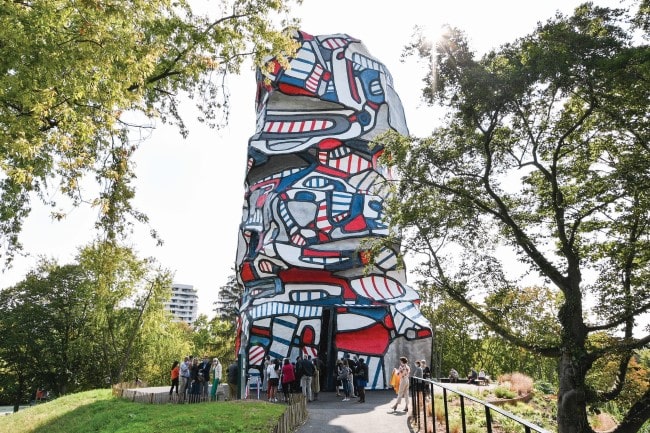 Issy’s 19th-century military fort is now home to a creative and sustainable digital district with innovative projects such as home automation, renewable energy and eco-friendly public facilities. It represents a condensed model of the city of tomorrow, with pneumatic waste collection, home automation, geothermal energy and many green spaces – and a feng-shui inspired swimming pool, the first in France.

The first island downstream of Paris, the Saint-Germain is divided into two parts. The residential area is resplendent with beautiful houses, some of which were designed by great architects such as Philippe Starck. And you won’t want to miss the park, a haven of nature right in the centre of town, with its interesting biodiversity, both in terms of fauna and flora, from bees to horses! 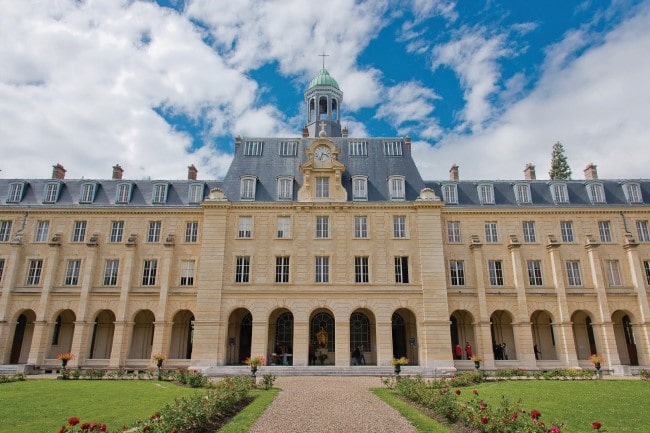 Classified as a Monument Historique in 1996, this Catholic seminary is the only major estate of the old regime that has survived to the present day. Its large chapel is directly inspired by that of the Palace of Versailles. It was on this site that Marguerite de Valois (better known as Queen Margot), who came to Issy to flee the plague, had her manor and where she liked to entertain

The award-winning French Museum of the Playing Card is unique in France and is one of only seven museums in the world dedicated to playing cards. Its stunning collection of more than 11,000 pieces charts the history of the card from the old portrait régionaux through the French Revolution and beyond. Examples include German, Italian, Spanish patterns as well as examples from India, China and Japan. The museum is housed in the refurbished 18th-century Conti Pavilion and a striking modern building. Not to be missed!

WALK ALONG THE SEINE

Long occupied by industries, the banks of the Seine have regained their original purpose in Issy – as a pleasant place for a stroll. Between barges, swans and many species of duck, it is a beautiful bucolic escape for would-be flâneurs.

To discover a different, authentic side to Issy, call on ‘les greeters’! These Issy natives, passionate about their city, will help you discover the insider’s view of Issy, with neighborhood tours, interesting anecdotes and top tips on the best places to visit, as well as favourite restaurants, cafés and bars. Even better, the tours are free and can be arranged any time for groups of up to six people. Welcome to participatory tourism!

BETWEEN PARIS AND VERSAILLES

Bordering Paris at the Porte de Versailles, the site of many international fairs, Issy-lesMoulineaux is on Metro line 12 and on the RER C line that connects Paris to Versailles. In just 20 minutes you can be gazing at the palace of Louis XIV and wandering Versailles’ gardens, designed by André Lenôtre.