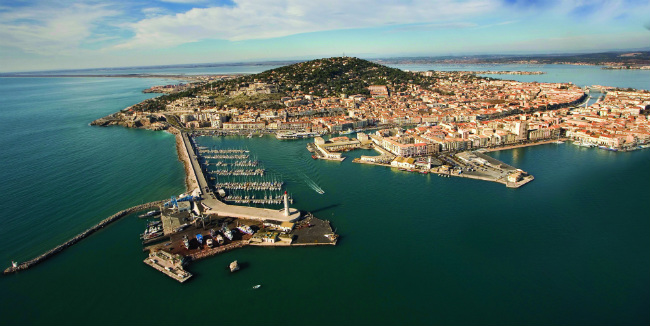 Sète: A taste of the real Med

Situated on the southern French coast between Montpellier and Béziers, Sète is a busy, bustling, working port in an unusual geographic setting. It resides on and around a single hill, Mont St-Clair, with the Mediterranean on one side and a salt-water lagoon, the Bassin de Thau, on the other. A series of canals linking the two bodies of water give it the local epithet of the Venice of Languedoc, and provide both a means of transport and, populated by boats and anglers, a constant source of picturesque photo opportunities.

Sète – which is busy celebrating its 350th anniversary – is divided between the low town and the high town. The low town encompasses the harbour front and is criss-crossed by canals and bridges, while the high town resides atop Mont St-Clair. First-time visitors are advised to climb the hill (there are 400 steps rising 183 metres, so a bus is recommended) for a view of the town layout, and to see the frescoed walls of the Chapel of Notre-Dame-de-la-Salette. The high town also  plays host to the Quartier Haute, once the base of Italian fishermen, but now home to artists and their workshops. 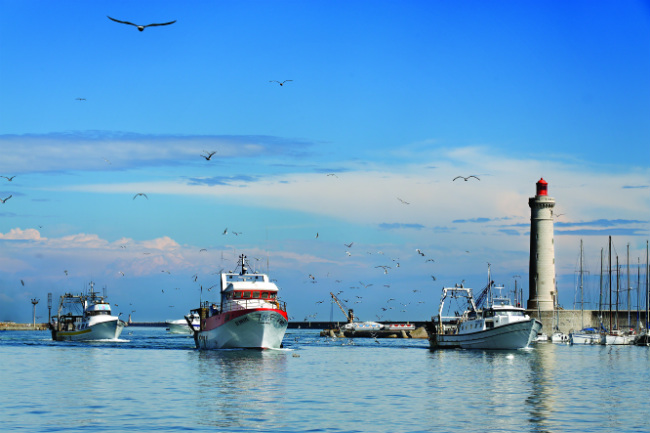 Sète is the largest fishing port on the French Mediterranean. Photo: JP Degas

Down in the low town, there’s a mixture of predictably touristy cafés and restaurants, but head off the beaten track and you can find some good, honest local cuisine, with seafood fresh off the boat. The town boasts eight miles of sandy beaches, strewn along the spit of land that separates the lagoon from the sea, and there’s a lido, a palm-lined promenade and water jets to keep the kids amused.

Head around Mont St-Clair to the north-east and you’ll find Pointe Courte, a spearhead of land overlooking the Bassin de Thau known as the ‘village within a town’. This quaint, eccentric, slightly shambolic collection of 60 multicoloured houses is populated by fishermen, seagulls and bands of stray cats, but is well worth a visit for its singular, anarchic character – much like Sète itself. For more information, visit en.tourisme-sete.com 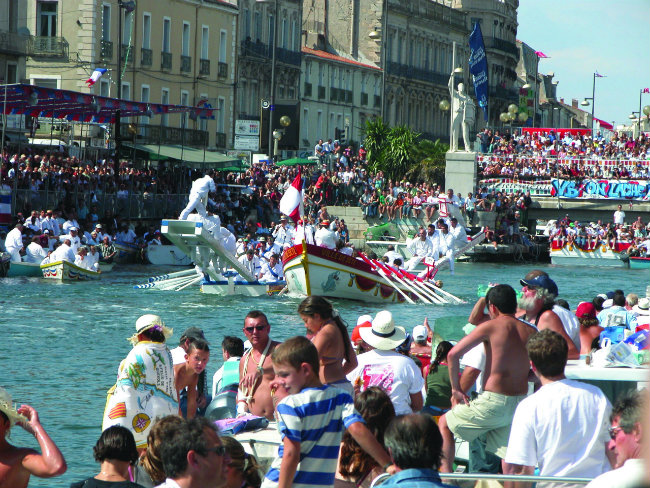 Messing about on the water

Joutes de Sète: Sète’s big lure is its jousting tournament. From June-August, red and blue teams take turns at dispatching each other into the canal, bringing a festive feel to the whole town. Visit tourisme-sete.com 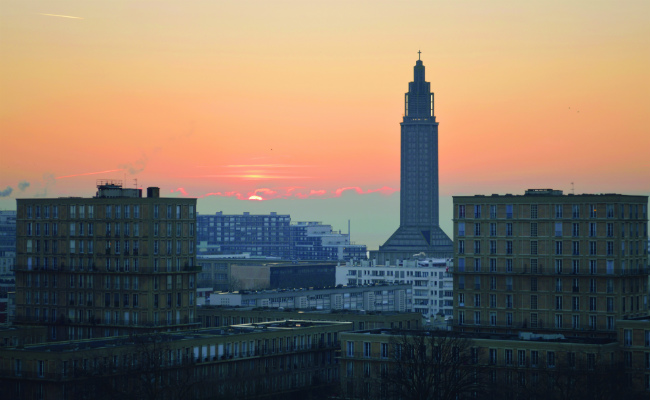 Next time you disembark at Le Havre – which celebrates its 500th anniversary this year – don’t just drive out of town; stay and soak up the unique character of this UNESCO-recognised town. After the bombing of WWII, the town centre was almost totally rebuilt under the auspices of Belgian architect Auguste Perret, and much of his modernist architecture remains intact. Sightseers should head for Église St-Joseph, whose 107-metre tall octagonal tower acts as a beacon both for ships and for the town itself. Perret’s Hôtel de Ville is also worth a visit, situated in one of the largest squares in France and with a tower that affords spectacular views over the town.

Le Havre boasts a 2km-long sand and pebble beach, and from April to September the Bains Maritimes provides all the facilities you need for a fun day of water sports. The town also boasts over 700 hectares of open green spaces. Foremost among these are Fôret de Montgeon, Parc de Rouelles and Les Jardins Suspendus – four landscaped botanical gardens in the 19th-century military base, Fort Sainte-Adresse, which offer views over the Bay of Seine. For more information, visit www.lehavretourisme.com 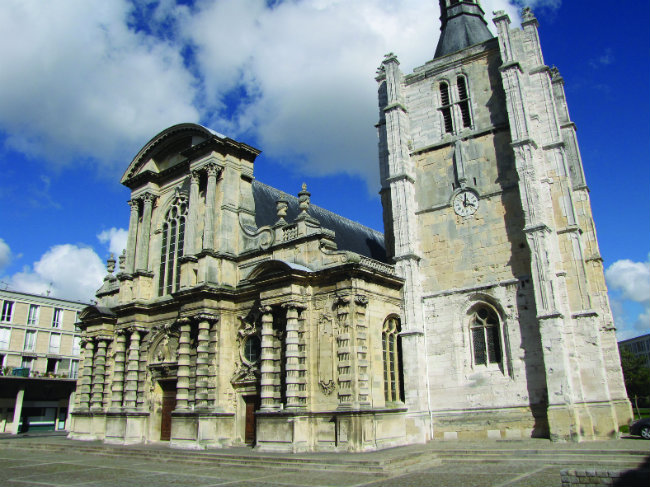 Designs of the times

Cathédrale Notre-Dame: Survivor of the WWII bombings, the Roman Catholic cathedral is one of the few reminders of 16th-century Le Havre.

Le Volcan: Designed by Oscar Niemeyer in 1982, this striking auditorium is shaped like a volcano.

MuMA: The Museum of Modern Art André Malraux boasts the largest collection of Impressionist works outside of Paris. 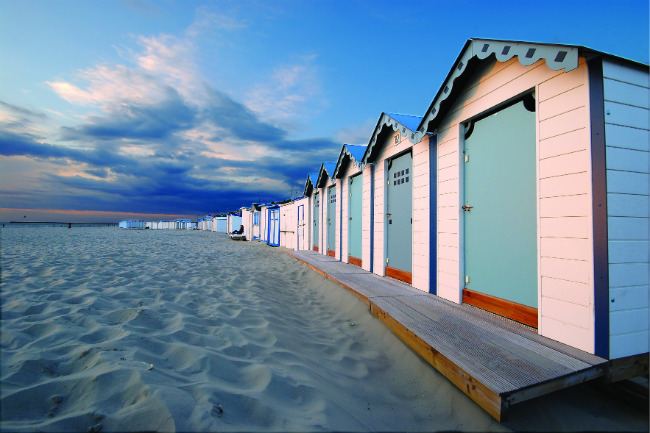 Overlooking the English Channel on the Côte d’Opale, Boulogne-sur-Mer is one of the largest fishing ports in France and as such has a huge emphasis on seafood and all things maritime. First port of call has to be France’s National Marine Centre, Nausicaá. With 36,000 creatures held in 4.5 million litres of water – including sharks, sea lions and rays – it’s a fascinating day out for the all the family.

In the centre of Boulogne lies the old town, the Ville Fortifiée, which is entered via one of four gates. Once within its walls you can’t fail to notice the towering dome of the Basilica of Notre-Dame, 101 metres high. From here it’s a short walk to the town museum residing in a 13th-century castle (notable for its lack of a dungeon), which holds a unique collection of Egyptian artefacts, Greek ceramics, Inuit art, ceramics and more.

Other historical sites include the Belfry, the oldest monument in town and a UNESCO World Heritage Site, and – just north of the town – the Colonne de la Grande Armée, a 53-metre-tall column intended to celebrate Napoleon’s successful invasion of England. For more information, visit www.tourisme-boulognesurmer.com 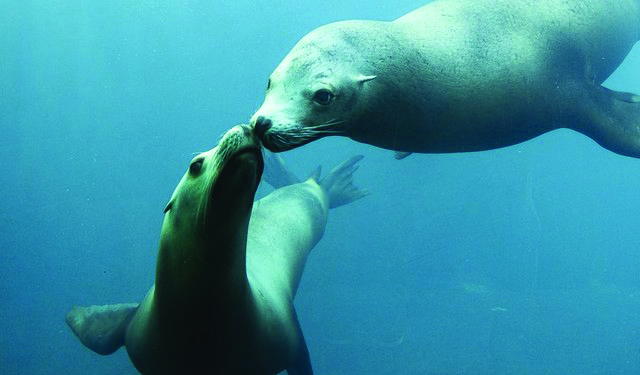 Nausicaá: To celebrate its 25th year, the aquarium has a new rainforest exhibit with tree frogs, lizards, snakes and chameleons.

Les Samedis en Centre Ville: Every Saturday during summer there’s a festive atmosphere in town, with activities and events for everyone. 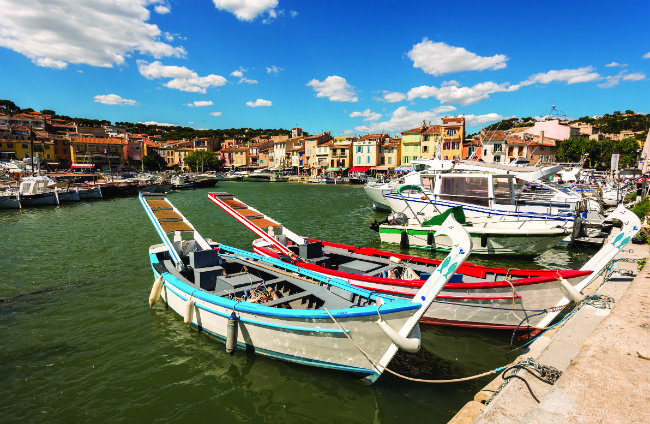 Cassis: Pretty as a picture

Head south-east from Marseille for 16km and you’ll arrive at Cassis, a picture-postcard fishing village nestled in its own small bay, surrounded by tree-clad cliffs and steep, rocky inlets called calanques.

The quaint harbour is lined with pastel-coloured buildings where multi-hued shutters sit above awning-covered bars and restaurants. The area is overlooked by the Château de Cassis, a grand castle dating back to the 11th century, which is now a luxury hotel. Head across the small, sandy beach and you can join the Promenades des Lombards for a 30-minute stroll around the Point des Lombards, offering lovely views across the bay.

To the east of Casssis sits Cap Canaille, which at 394m tall is the highest sea cliff in Europe and provides stunning views over the town and the Baie de Cassis for those willing to make the trip.

Cassis itself makes an ideal base for pleasure boat trips to the calanques of Port-Miou, Port-Pin and d’En Vau. There are also trips futher afield to the Bay of Marseilles, where you can visit the Château d’If, one of the settings for The Count of Monte Cristo. For more information, visit www.ot-cassis.com/en 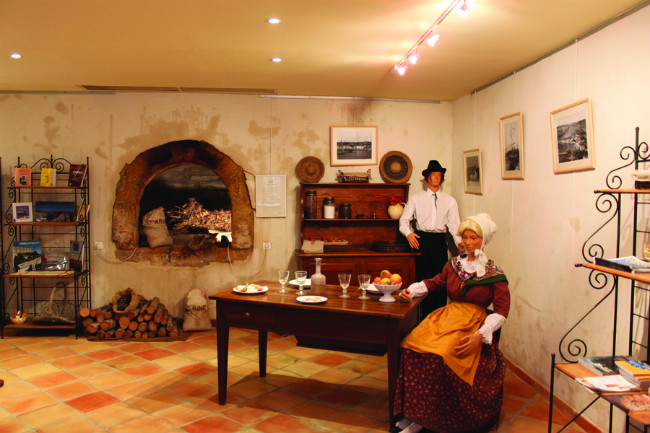 Le Four Banal: Located on Rue Thérèse Rastit, in the historic fishing district, this museum shows what life was like for the inhabitants of Cassis in the 17th century. www.cassis.fr

Notre-Dame-de-Bon-Voyage: At the end of the Port-Miou peninsula sits this small chapel. Built in 1850 it replaces one that had sat there since the 15th century.

Villa l’Ariane: The public library is held in this pretty villa, providing a safe haven from the bustle of town.

Cassis Market: On Wednesdays and Fridays the town market takes place with lots of local produce, clothes and jewellery for sale. 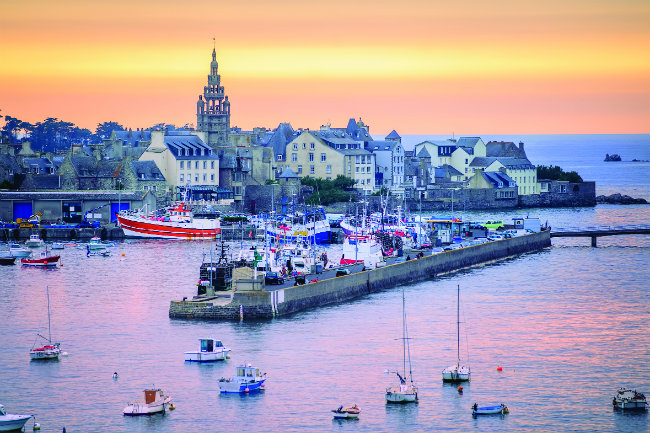 The port of Roscoff. Photo: Fotolia

Perched on a spur of land on the north coast of Brittany, Roscoff is a collection of 16th-century granite houses anchored to the coastline, its charming streets lined with art galleries, shops and restaurants. The town – a ‘Petite Cité de Caractère de Bretagne’ since 2009 – is known for specialising in seafood and Breton crêpes, and also for its stress-relieving thalassotherapy.

While in Roscoff, you should head for the Église Notre-Dame de Croaz-Batz – a mid-14th-century mixture of Renaissance and Gothic architecture – and the Jardin Exotique de Roscoff, a 1.6-hectare plot containing 3,350 species of subtropical plants.

A 15-minute boat ride away sits the Île-de-Batz, an island of open spaces and white sandy beaches (Grève Blanche being the best of the bunch). It’s largely free of cars, so bicycle and horse or pony rides are safe fun for the whole family. The island, two miles long by a mile wide, is home to the single town of Batz, with some shops, a church and the Jardin Exotique Georges Delaselle – another garden of tropical plants that makes use of the region’s microclimate. For more information visit www.roscoff-tourisme.com/en 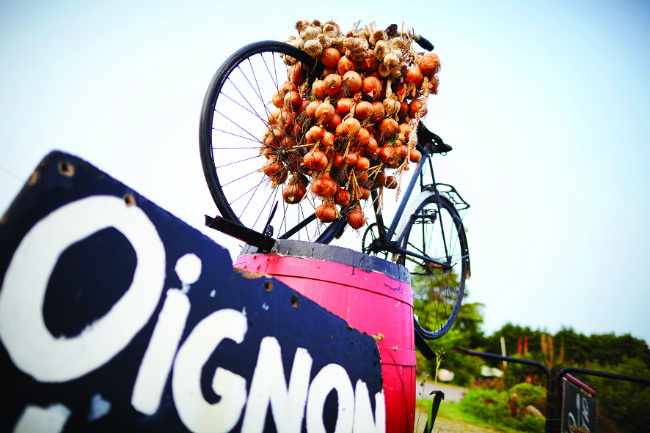 Château du Taureau: Take a boat trip out to this 16th-century fort that sits at the mouth of the Bay of Morlaix.

Thalado: Pop into Le Comptoir des Algues and discover the benefits of seaweed.

Previous Article Where to Stay and Eat on the French Riviera
Next Article Following the Heart: Synchronicities along the Way