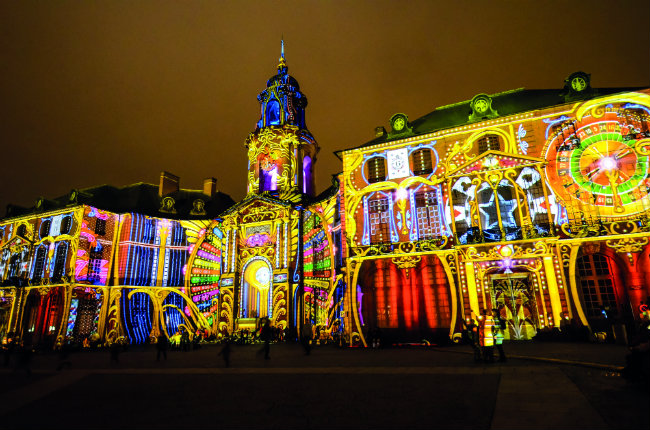 Many a French city has surprised me over the years, most of them in a good way, but Rennes has so far been the only one to make me feel guilty. I hadn’t walked far from one of its city-centre car parks before I was hit fair and square with the splendour of the Town Hall, my introduction to the gloriously eclectic mix of buildings that, together, tell the fascinating story of Brittany’s regional capital.

So why had I never been here before, I asked myself. The reason is simple: like many people, I’d always rushed round the outskirts of the city en route to or from one of Brittany Ferries’ western Channel ports. I’d been in a hurry to reach those Breton beaches and the unspoilt countryside, or to catch my ferry home. But an overnight stay in Rennes is the perfect way to ease into, or out of, a French holiday. The city offers history by the bucketload, a wide range of quality restaurants, plus a packed programme of cultural events and exhibitions. 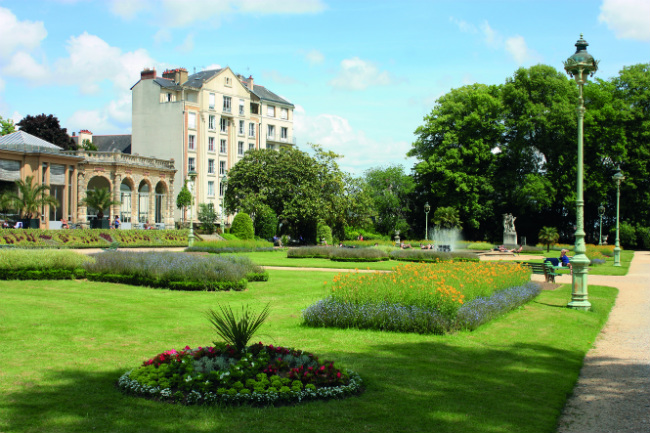 Rennes has its origins in the 2nd century BC with a Gallic tribe known as the Redones that settled here at the confluence of the Ille and Vilaine rivers. But it was the Romans that really got the ball rolling when they fortified the town in the 3rd century AD. After they left, the Dukes of Brittany took over as top dogs, ruling independently until 1532 when the region became part of France.

Today, Rennes boasts the highest number of timber-framed houses in Brittany, built from trees harvested from the surrounding forests. Beautifully restored, the coloured beams and wonky angles of their striped façades are testimony to 300 years of hard work by skilled local craftsmen.

Relax at a pavement café in these historic medieval streets, or in squares such as Place du Champ-Jacquet and Place des Lices, watch the world go by – and feel yourself slip back in time. 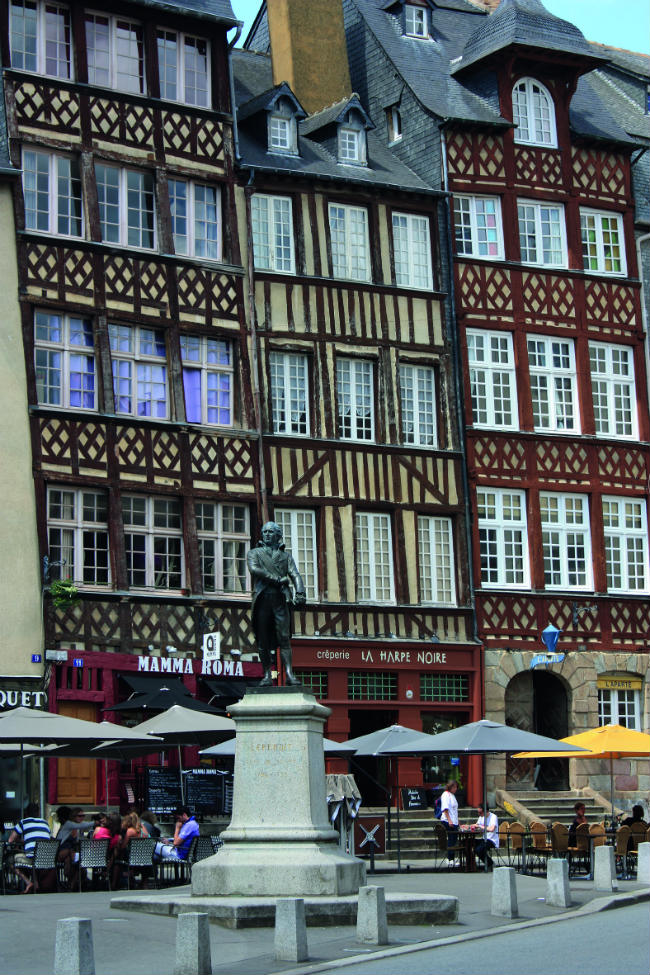 But Rennes doesn’t only showcase the Middle Ages. You won’t forget your first sight of the Parlement de Bretagne building, built between 1615 and 1655 to plans drawn up by Salomon de Brosse, architect of the Palais du Luxembourg in Paris. After a major city fire in 1720, the square outside – an open space that’s every bit as imposing today as it was under Louis XV – was laid out with alternating granite and tufa. After the Revolution, the building was used as a Court of Justice and Court of Appeal.

In 1994, Place du Parlement was once again filled with firefighters as flames threatened to destroy the Parliament building. Thanks to a massive restoration project, this symbol of Breton history was miraculously saved, reopening in 1999. If you visit from mid-July to late August, you can enjoy the free nightly sound-and-light show depicting the city’s history. 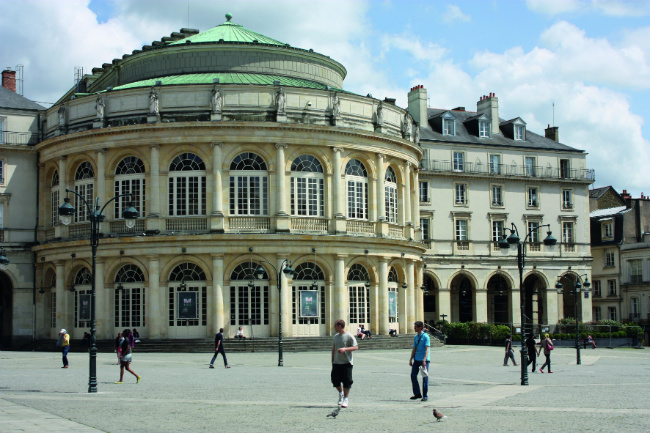 Another landmark to undergo a major makeover was the Cathédrale Saint-Pierre, rebuilt and decorated in the second half of the 19th century. Dukes and Duchesses of Brittany were crowned here through the ages and many important events in the history of both Brittany and France took place within its walls.

There’s much more to Rennes, though, than beautiful buildings. With a student population of more than 60,000, the vibrant café culture is tangible throughout the city. There’s a packed programme of cultural events too, catering for all tastes. Take in a performance at the Opera House, one of the smallest but most beautiful in France, or maybe time your visit to coincide with the November Yaouank Festival (‘Youth’ in Breton) to experience traditional Breton music and dancing (fest-noz) at its very best. 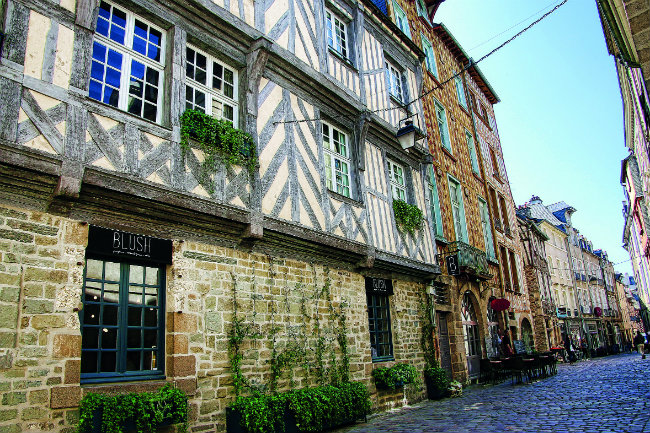 The city of Rennes. Photo: Fotolia

It hardly ever rains in Rennes, but if you do happen to visit on a damp day, there are plenty of indoor attractions to take your mind off the weather. Head for the Musée des Beaux-Arts on Quai Émile Zola for works by Rubens, Véronèse and Picasso; or maybe challenge your artistic perceptions with some contemporary works at the FRAC (Regional Contemporary Art Fund). In Cours des Alliés, you can take in a show at the Science Centre’s 3D Planetarium, and visit the Musée de Bretagne to enjoy three permanent exhibitions that cover the region’s history and landscape, as well as the infamous Dreyfus Affair.

Writer Émile Zola is an important figure in Rennes. In 1899 in the city, the retrial took place of Captain Alfred Dreyfus, a French Jewish army officer who had been imprisoned on espionage charges in 1894, but always proclaimed his innocence. The real traitor had been identified as Major Esterhazy, but a cover-up of army blunders meant he was found not guilty and escaped to England, where he is buried under an alias in my local churchyard at Harpenden in Hertfordshire. 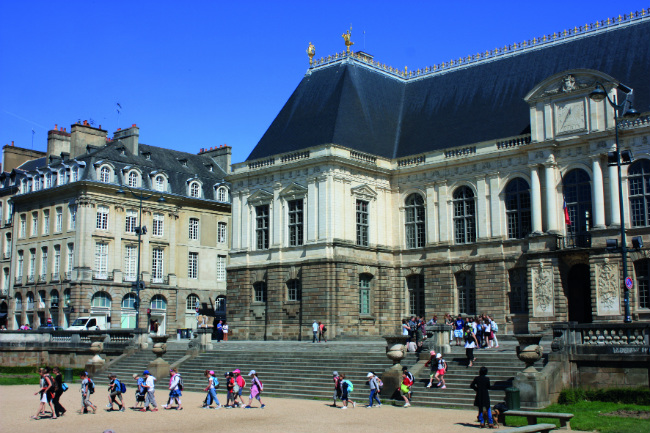 Zola was one of many who championed Dreyfus’s cause and although the Captain was found guilty of treason a second time at the retrial in Rennes, he was then officially pardoned in response to public outcry. Accepting the pardon rather than being returned to his island prison, Dreyfus was released, a ruined man for something he hadn’t done. Stand outside the imposing lycée where he was retried today and it’s easy to imagine the tense atmosphere as the drama unfolded within.

Turn away from its façade though and you’ll see a very different building: a domed property decorated with mosaic panels in bold geometric designs in grey, gold and black. This is just one of many private and public buildings in the city – from food stores to pharmacies – that were decorated by Art Deco mosaic artist Isidore Odorico. 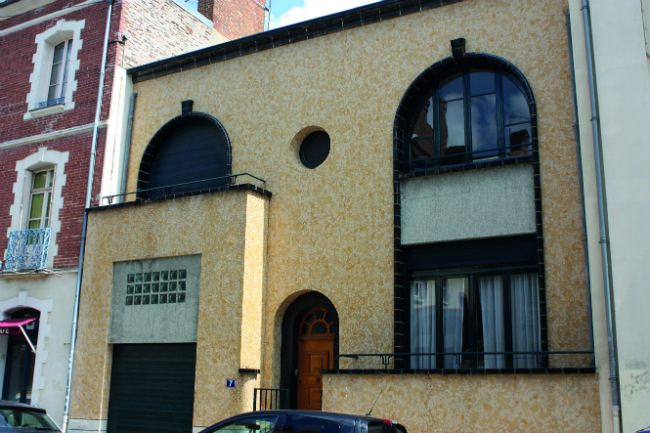 His Italian father – also Isidore – had settled in Rennes in 1882 after working on the Palais Garnier in Paris. Together they popularised this ancient art form for a modern age and today more than 120 towns in western France have Odorico mosaics, although nowhere can match Rennes for number and quality. Don’t miss the glorious semi-circle of shell-shaped designs created in 1925 above the blue wrought-iron door to Saint-Georges swimming pool, nor the graceful curves over the side windows and the tiled fountains. Inside, swimmers clock up lengths beside a 96-metre-long mosaic frieze of ‘rippling’ colours. 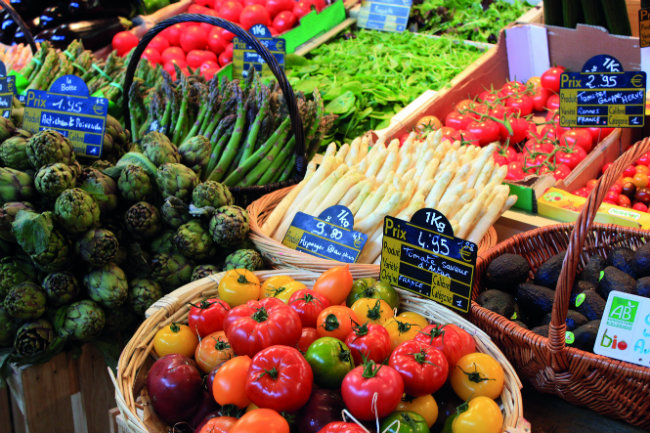 When it’s time to relax and refuel, Rennes has every kind of eatery from bistros and crêperies to three restaurants boasting a Michelin star. The city also has more than 20 markets, the most famous being the covered 19th-century food market in pretty Place des Lices. Once the location for medieval fairs and jousting tournaments, the square is now fringed with imposing 17th-century stone mansions and half-timbered properties.

Passionate about food? Then ask at the Tourist Information Centre about guided ‘Slow Food’ tours of the market stalls. This is a chance to meet producers from all over the region and enjoy an authentic taste of Brittany in its impressive regional capital. 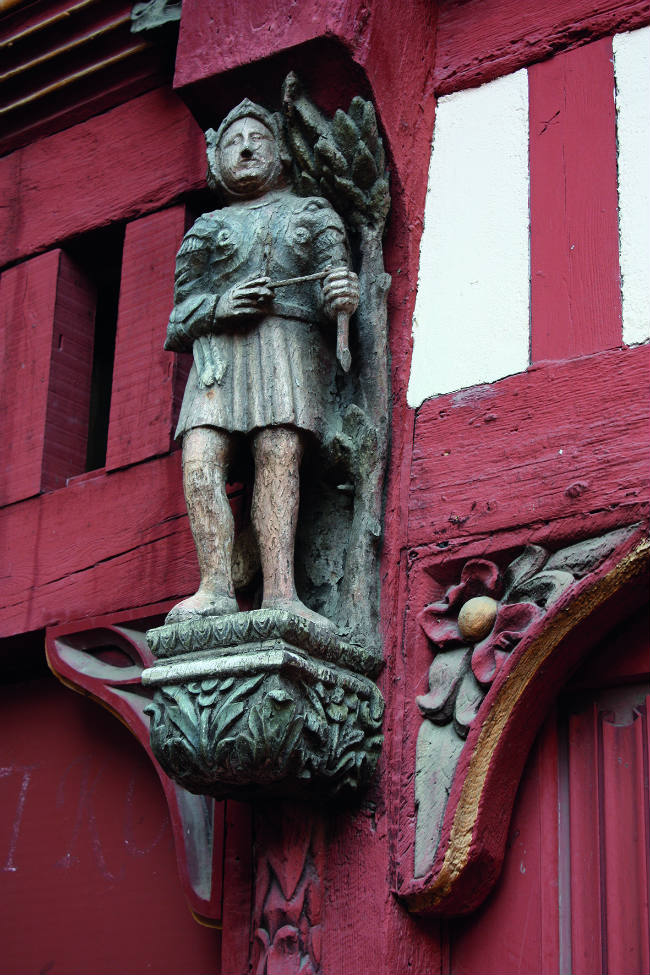 Parliament Building: Take a guided tour of this elegant heritage building that today houses the city law courts and was reopened to the public in 1999 after a major restoration project that included the inclusion of cleverly-concealed smoke detectors and air con. Book tickets at the Tourist Information Centre in the sumptuous surroundings of Saint-Yves Chapel. 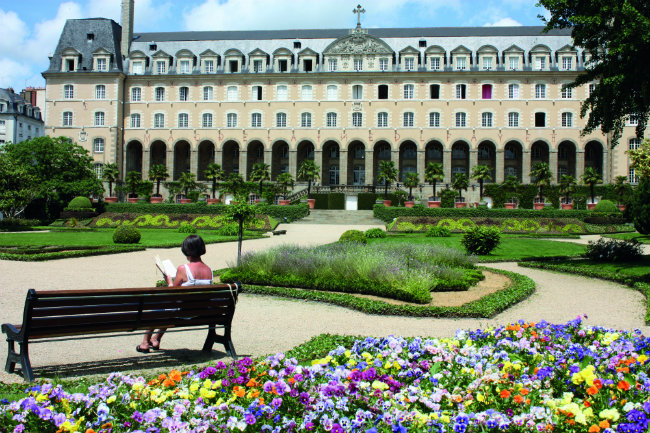 Parc du Thabor: This tranquil public space, landscaped in the 19th century, was once the orchard tended by the Benedictine monks of Notre-Dame-en-Saint-Melaine. Expect beautifully-planted flower beds, a well-stocked aviary and rose garden, plus shady benches to dream the afternoon away on. Stop, too, at the jardin in front of the 17th-century Palais Saint-Georges – it’s an oasis of seasonal flowers.

The Odorico Trail: Pick up a free leaflet or join a guided tour to enjoy some of the beautiful Art Deco mosaics designed by Isidore Odorico. Look out for his own house in rue Joseph Saveur with its orange mosaic façade, window arches and built in-garage.

Maison Ti-Koz: With its russet timbers and intricate carvings, this Gothic-style property at 3 rue Saint-Guillaume dates from 1505 and showcases the talents of Rennes’ s master carpenters and sculptors.

BY TRAIN
Travel across the western Channel with Brittany Ferries. www.brittanyferries.com

Book tours of the Parlement and Segway trips at the Tourist Information Centre. (tel: +33 (0)2 99 67 11 66; www.tourisme-rennes.com), plus you can hire audio guides to the city for €5 (subject to availability). If exploring independently by bike is more your thing, you can hire a ‘Vélo STAR’, available 24/7. www.levelostar.fr