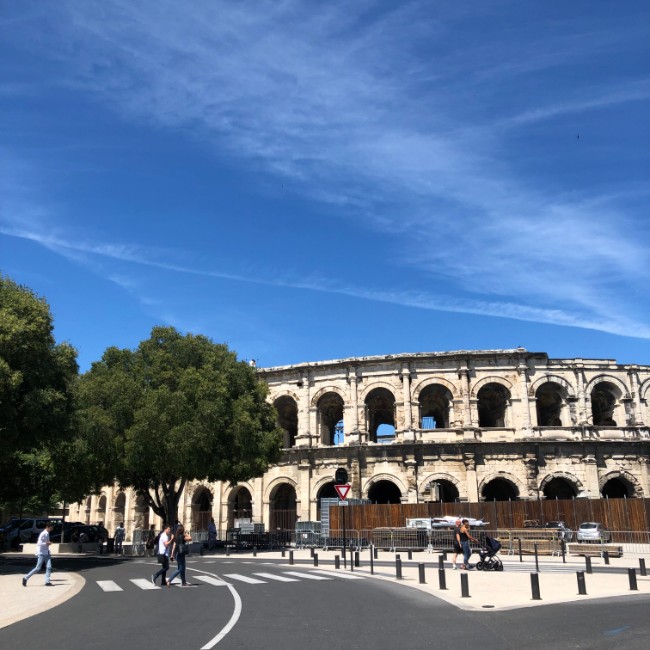 Leaving Paris for a couple of days can bring not only a change in scenery, but something akin to time-travel as well.

A mere three hours by train, and the fields turn into rows of purple lavender and vineyards, buildings wear pastel hues, shutters and orange roof tiles. This is the south of France. Although, when arriving in Nîmes and walking along the grand boulevard from the train station, I was, squinting against the blazing sun, briefly transported to ancient Rome, with a picture-perfect amphitheatre standing proud on a large square. 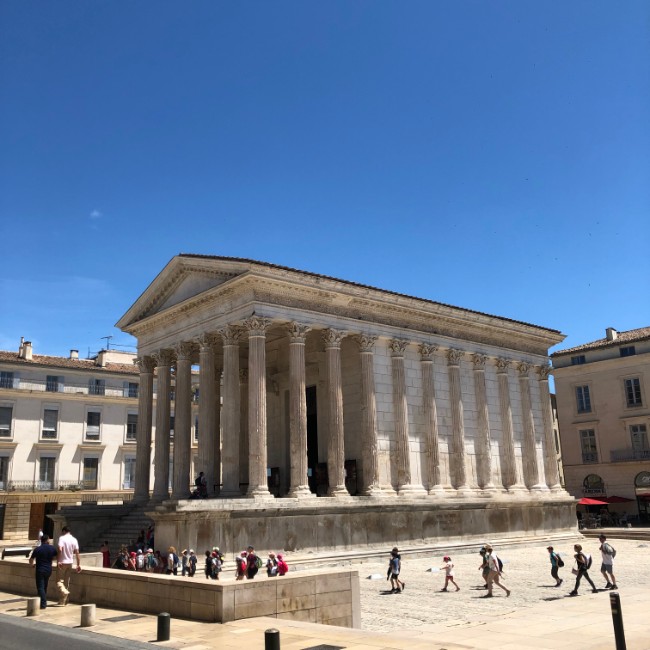 Nîmes is often called the Rome of France, and I had come to learn a little more about this French city that seems to have not only a very obvious Roman history, but also a dose of Spanish flair and attitude to life.

The arena of Nîmes with its elliptical 133m x 101 m, and 60 superimposed arches, is only slightly smaller than the one in Verona, and some 30 years younger, dating back to 70AD, but is in stunning condition for a nearly 2,000-year-old monument. Swallows dip in and out of the arches and dive across the blue sky. 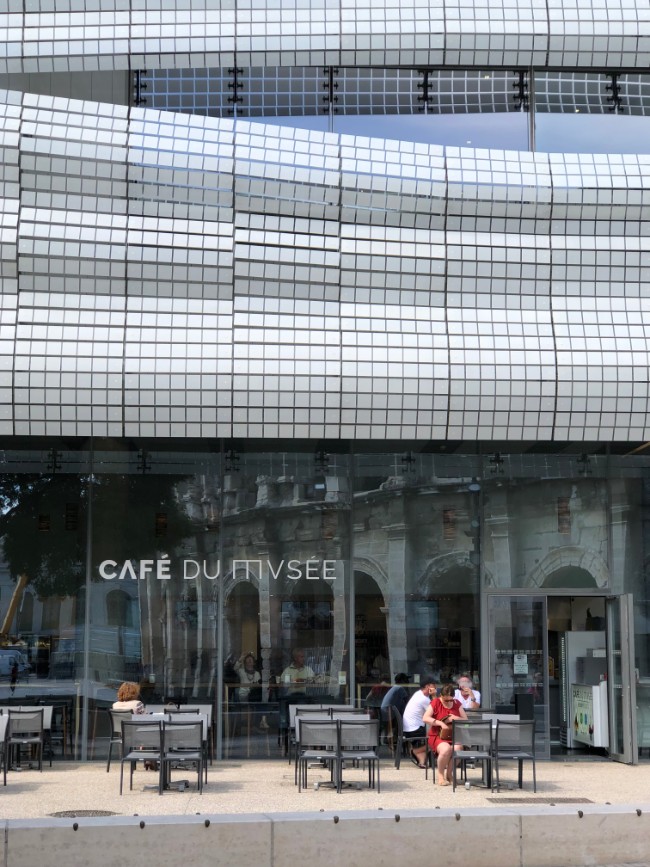 After climbing my way around the arena, all the way up to the 21m high walls and through many of the arches where gladiators once walked, I searched out the arena’s more modern neighbour, the only recently opened Musée de la Romanité. The three-floor permanent collection is full of superb Roman artefacts, and there are also regular temporary exhibitions. After learning more about Nîmes’ history, I relax over a superb lunch with a view at La Table du 2 by Michelin-starred Franck Putelat, right on top of the museum and overlooking the arena. 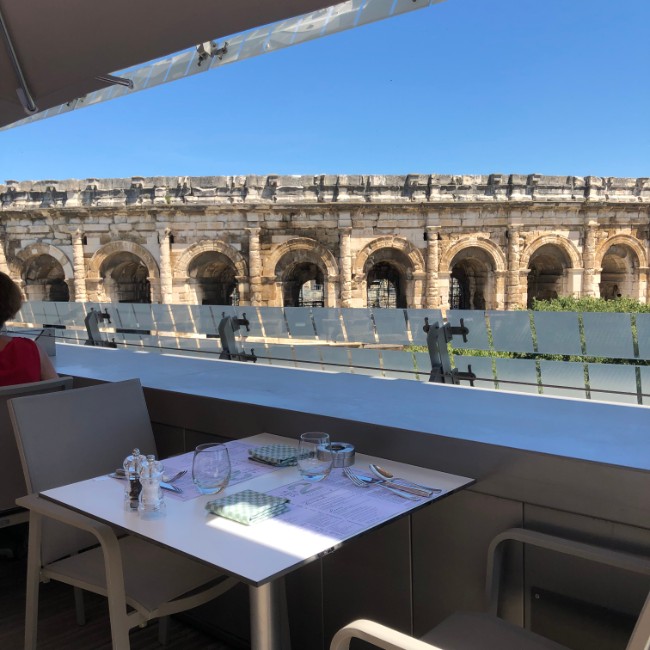 View of the amphitheatre from the Museum’s restaurant. Photo: Ulrike Lemmin-Woolfrey

Thus fortified, I am ready for more history and saunter up another grand boulevard, Boulevard Victor Hugo, past the recently restored Maison Carrée, the square house, a rectangular, columned Roman Temple sitting opposite another super-modern neighbour, the Carré d’Art, the futuristic modern art museum.

Turning left and idling along the canal that is hemmed by lovely buildings with those attractive shutters, I reach the city’s largest park, the Jardins de la Fontaine. Architectural features including, yes, fountains, ponds, bridges and oh, so ornamental steps make for a pretty park, and, being a sucker for a challenge, I set out to reach the truly ancient Tour Magne, the big tower, right at the highest spot of the park, and of Nîmes, and dating back to 15-16 BC. You can climb up the 140 steps to the top for grand views, but beware, as the spiral staircase sits on the outside of a central column, and traffic is both ways, which leads to the odd jam, as nobody wants to lean against the rather delicate metal railing. Still, climbing to the highest spot of what was once one of the richest cities of old Gaul, is quite special. And, for once, I was at the same level as those swallows that seem to call Nîmes home. 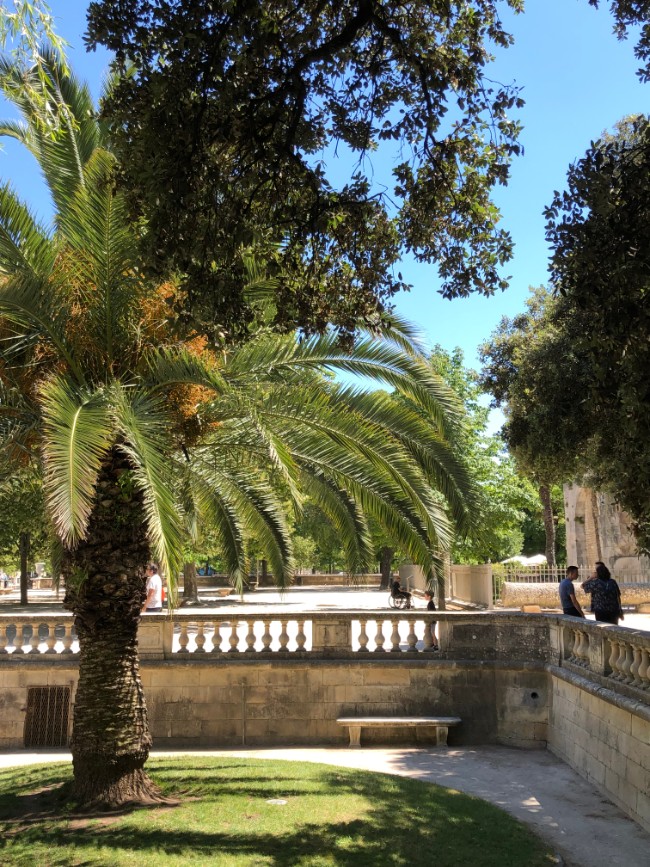 I later take in the Temple of Diana in the gardens, which although not in half as good a state as some of Nîmes’ other Roman monuments, has a certain something that makes me linger. History is palatable. It also has the definite advantage of having a convenient café shaded by large trees right next to it. Perfect for a break before heading back into the centre.

After a day overflowing with Roman history, I relax on Place de l’Horloges, with its clock tower dating back to ‘only’ the 18th century, but right in the heart of the old-town. An aperitif and some tapas with a busker playing soulful Spanish guitar round off the first day, while the swallows snatch up their dinner high above me. 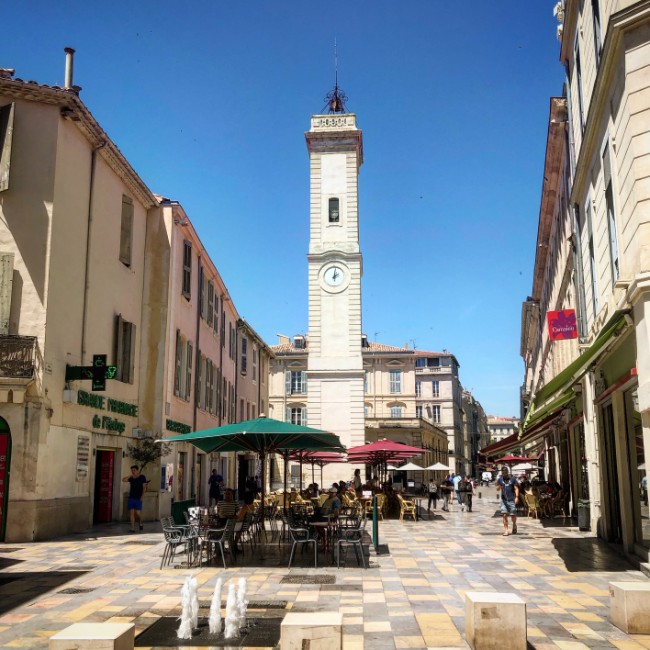 I start the next day with a fresh croissant from the Nîmes market hall, not spectacular from the outside, but brimming with colourful regional produce on the inside, even a stall selling just potatoes, and trawl the many small individual boutiques in the pedestrianised centre. The many arts and crafts and cloth plus clothing stores bring to mind another significant moment in Nîmes’ history, the invention of Denim. Who doesn’t have some denim in their wardrobe? But denim and jeans, although often juxtaposed, have different, European history, as the Museum of Vieux Nîmes tells me later that morning. The word denim, a silk-wool blend material, comes from serge de Nîmes, whilst jeans comes from a cotton-wool material originating in Genoa, Italy. The small museum is filled with interesting little tidbits about Nîmes’ history, and is right by the lovely little square Place aux Herbes, with more inviting café terraces. Nearby is also a small brocante antique store where I cannot resist some old table linen. After all, weaving and cloth-making are all part of Nîmes’ history, so they make for a perfect souvenir. 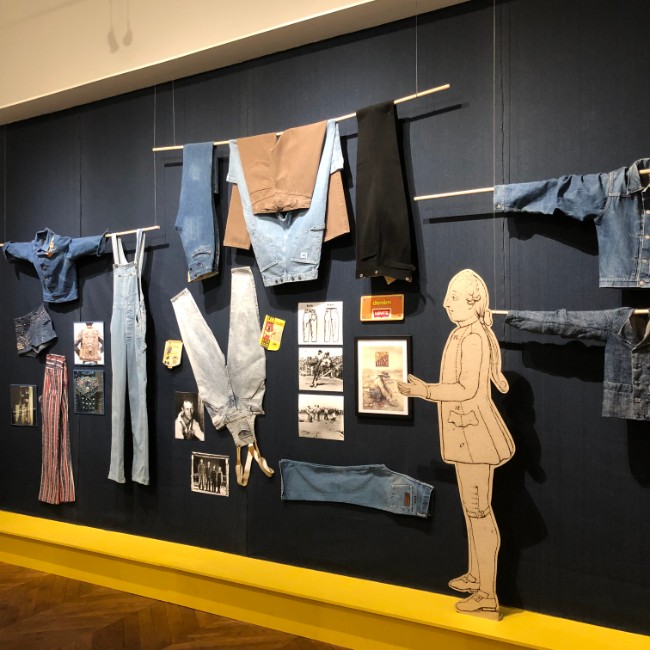 To round up my Roman experience, I search out the two old city gates, all that is left of original 16 gates through the 6km long Roman ramparts today. Of Porte Auguste on Boulevard Gambetta, and Porte de France on Rue de Porte de France, one in use, spanning a street, the other a fenced-off monument.

To return to today’s world, I double-back to some favourites, the Carée d’Art for some modern art, and a coffee and a snack on Place de l’Horloges, before heading back to the train station.

Nîmes, without doubt, makes for a perfect French getaway from anywhere you might be in France, easily reached by fast TGV train, and just the right size for a leisurely but information-filled two days. 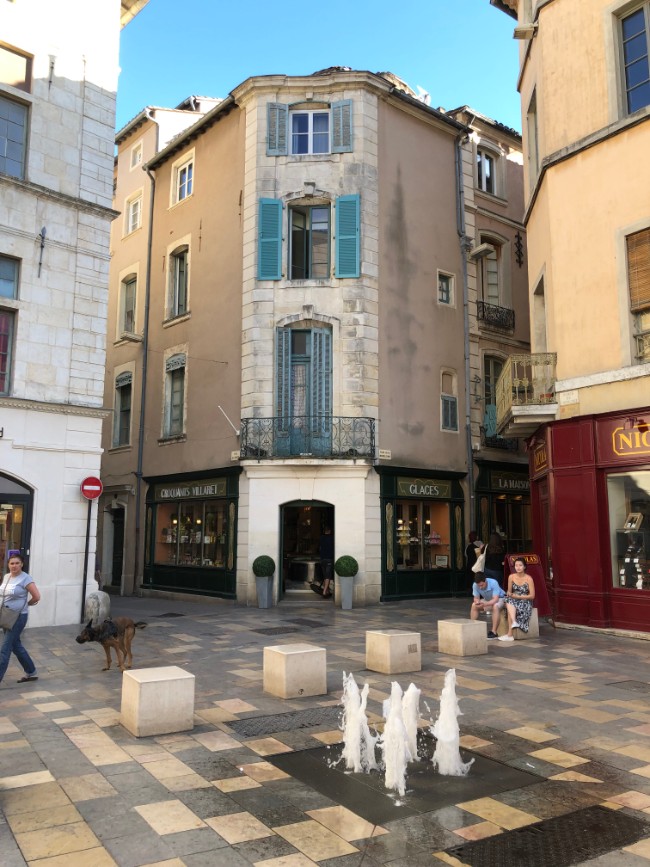 Need to know:
How to get there From Paris Gare du Lyon the TGV swoops you down into the center of Nîmes in just under three hours.

Where to stay: For a central location, style, and convenience, stay at the Appart’ City Nîmes Arènes

Where to eat: Don’t miss the great food and superb location of La Table du 2 by Franck Putelat 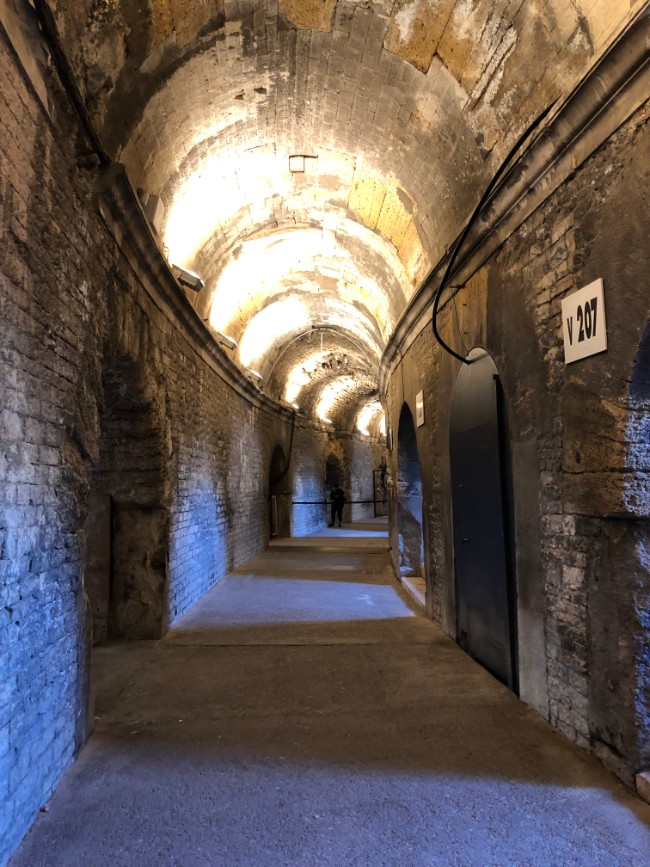 Underneath the amphitheatre in Nîmes. Photo: Ulrike Lemmin-Woolfrey

Previous Article The Queen of Champagne: The Legacy of The Widow Clicquot
Next Article Habits de Lumière: Champagne and Festivities in Epernay