The Queen of Champagne: The Legacy of The Widow Clicquot 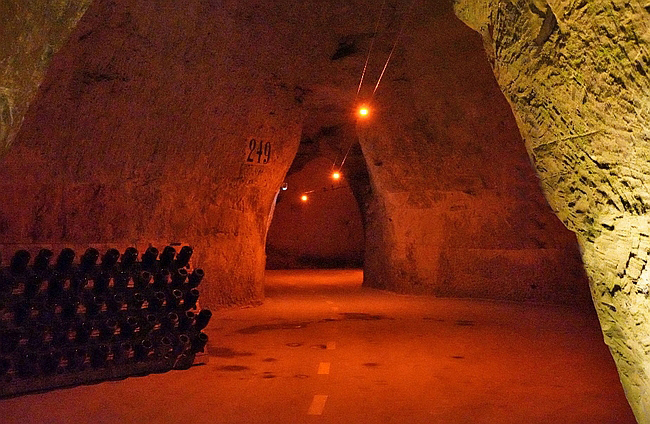 Once upon a time, French monks would enter the cold, dark cellars of their monasteries, only to discover that their precious wine was destroyed. Unbeknownst to these winemakers, the cold temperatures created a second fermentation in their bottles. The resulting carbon dioxide was so forceful that the glass bottles frequently broke. Convinced the devil was ruining these bottles of wine to prevent them from administering the Holy Sacrament, these seventeenth-century monks named the wine le vin du diable or devil’s wine. Today we simply call it Champagne. 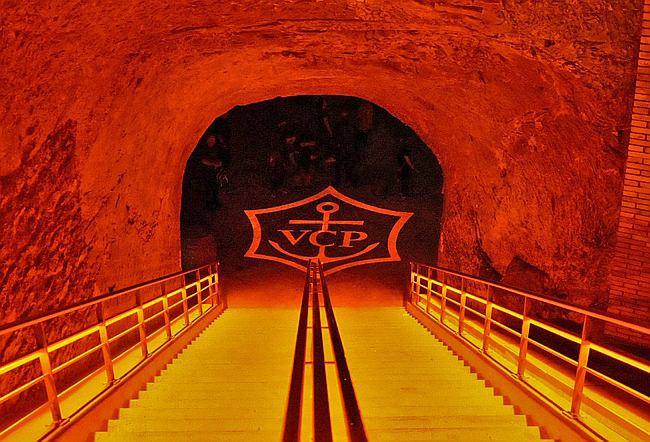 Down into le cave at Veuve Clicquot. Photo: Dawn Dailey 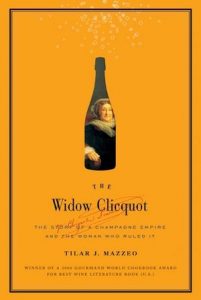 By the eighteenth century, Champagne had traveled from monasteries to chateaux, where it was sipped only by the king and his royal court. But soon, that was all to change.

In The Widow Clicquot, Tilar J. Mazzeo uses her honed story-telling skills to draw us into the nineteenth-century world of Barbe-Nicole Clicquot Ponsardin. As the author explores this dramatic life, we discover the remarkable business woman who single-handedly put Champagne on the oenological map. Set in Reims, in the heart of the Champagne region, hers is a story of love, loss, risks, and rewards. 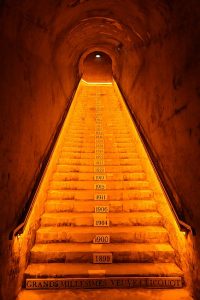 In 1805, this twenty-something finds herself at a crossroads. Her husband’s untimely death leaves her distraught as she faces an unknown future. His desire to create exquisite sparkling wine propels his young widow to see his dream grow and flourish as she courageously steps over the threshold into a new life.

In an age where women rarely dealt in business affairs, Madame Clicquot courageously overcomes numerous obstacles in producing and marketing her effervescent potation. Being both the daughter and daughter-in-law of successful textile merchants, Madame Clicquot learns much from them, including the importance of hiring the right people whom she can trust to have her best interests at heart. At a time when France was often at war, she takes calculated risks to see shipments of her precious cargo through to their destinations, often to Russia. It is there that the wealthy drink her Champagne and request more. To ensure they ask for her wines by name, she puts artistically designed labels on her bottles, the first to do so. 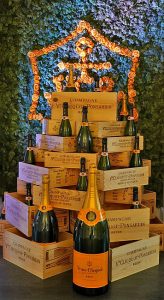 Being a woman of high standards, Madame Clicquot raises the bar on the quality of Champagne. In 1810, she creates the first vintage Champagne. But she doesn’t stop there. In a time when Champagne was a cloudy drink due to the sediment created by dead yeast, she sets out to create a clearer wine. In 1816, Madame Clicquot designs and perfects the riddling process, one that is still used today, in which the bottles are held in wooden racks and turned frequently so that the sediment is in the neck of the bottle and the bottle is upside-down. The dead yeast can then be easily removed and a new cork inserted. In 1818, she invents Rosé Champagne by blending still wines. The rosé is so successful that she is nicknamed “the Grand Dame” of Champagne. 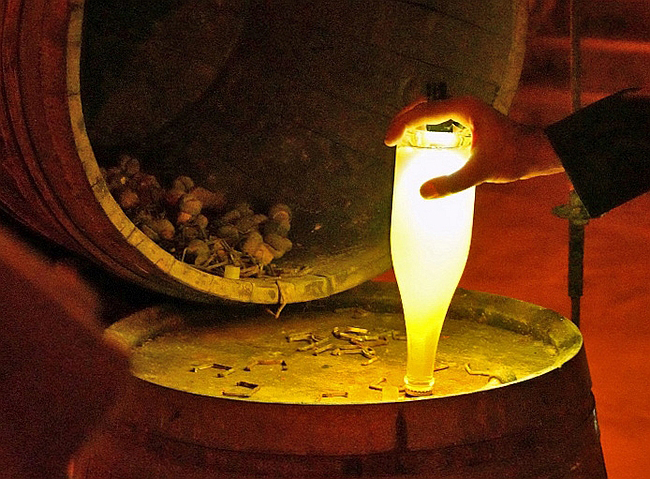 With the goal of taking the sparkling wine of the royal court and availing it to the masses, Madame Clicquot firmly guides her business as it becomes one of the world’s largest Champagnes houses. Her creativity and inventions shape the production of Champagne even centuries later. The fact that Champagne is the drink of choice today during life’s celebrations is a testament to Madame Clicquot’s perseverance against all odds and to her ultimate success. 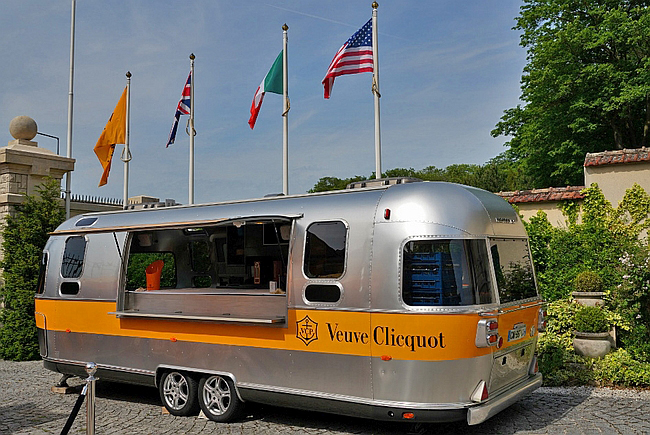 On a recent trip to Reims, I toured the cellars at Veuve Clicquot Ponsardin (“veuve” is “widow” in French), which culminated in a tasting of this elegant bubbly. I couldn’t help but think of all the toil and trouble, of the setbacks and perseverance of this amazing entrepreneur. The delicious result is a clear, sparkling wine that became the standard back in her time and today remains one of the most popular sparkling wines in the world. I raise my glass to Barbe-Nicole Clicquot Ponsardin, for without her my wine and my world would be just a bit too flat. Unlike the monks of long ago, I know this bubbly isn’t the “devil’s wine” after all, but rather the perfect drink for kings, Grandes Dames, and plain folks, like you and me. 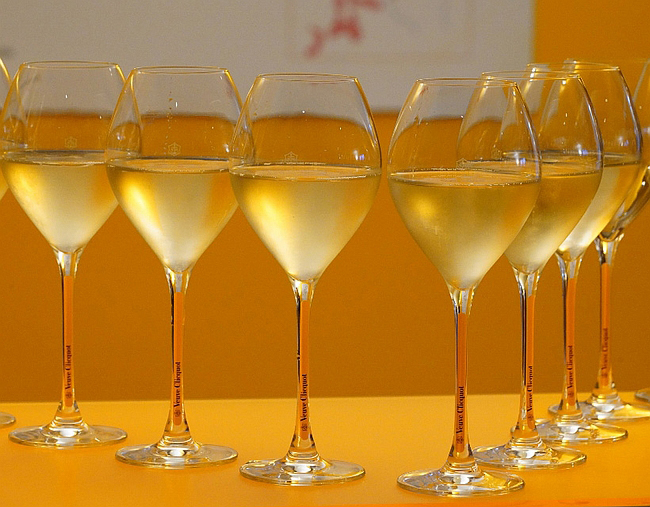 Follow along as Mazzeo’s carefully researched, crafted, and compelling tale about this astonishing game-changer unfolds in The Widow Clicquot: The Story of a Champagne Empire and the Woman Who Ruled It.

Written by Tilar J. Mazzeo and published by Harper Perennial, The Widow Clicquot can be found at your favorite independent bookstores and on Amazon below: