The Silver Lining: The Simple Pleasures of Travel in France 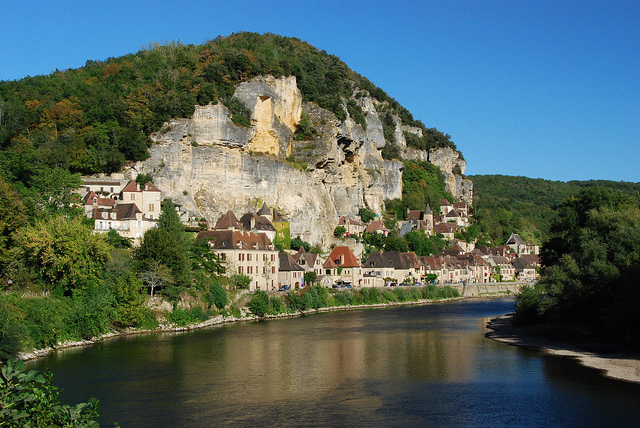 Anticipating our trip to France to celebrate our wedding anniversary, I had researched and reserved some elegant hotels in special places we wished to re-visit. Fortunately, we missed the railroad, airline and garbage strikes, the gasoline shortages, the protests against the loi travail and the floods. With all the hardships plaguing France, our worst encounter was rainy and cloudy weather. Maybe this good luck motivated me to pay attention. We often take a lot for granted. We expect quiet, well-equipped rooms, professional service, delicious food and lovely scenery. On this trip I became aware of what I began to call “Tender Moments”, small fleeting instances that surprised and pleased me.

Looking out the large window of our upstairs gîte one rainy afternoon at Manoir de la Malartrie in La Roque Gageac, the sky darkened and it began to pour. I saw a couple on bicycles coming down the road. The woman was pulling a cart designed for a child. Caught in the downpour, they turned into the property looking for shelter. The proprietor ran out with a jacket over her head and led them into a barn under our gîte. A few minutes later the rain stopped and Madame was playing with the child while the parents changed their wet clothing and prepared to cycle on. It was a kind and caring gesture and gratifying to witness. 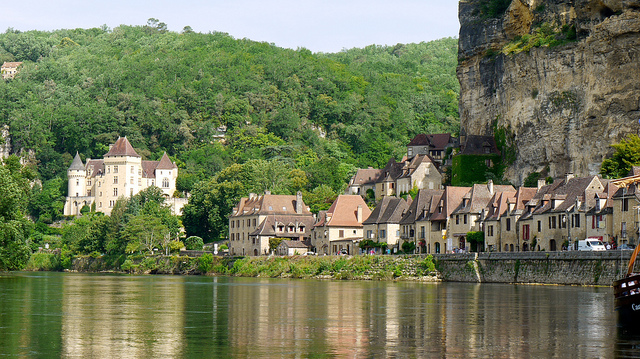 Another gesture of human kindness occurred when we were stopped in a traffic jam on busy autoroute A20, keeping everyone creeping at a snail’s pace. Drivers were aggressive and anxious to get moving, after all it was the autoroute, but the road narrowed down to one lane due to road work. We were in a lane trying to merge, waiting impatiently for someone to let us in. Surprisingly, a kind man gave us space to move in front of him. I put the window down to smile and mouth our thanks.

As we were walking a steep path in La Roque Gageac, we saw four baby hirondelles (swallows) perched on a rocky ledge. The parents were anxiously trying to get them to fly. We watched and waited patiently, but the fledglings wouldn’t budge. Walking the same route the next day, we looked up. At that precise moment, each baby carefully flapped their wings and took flight. 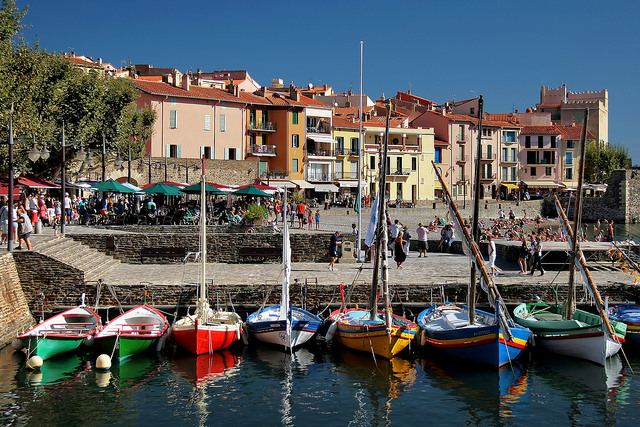 One rainy evening at La Roque Gageac when the sky was clearing, I ran outdoors to see if there was a rainbow. To my astonishment, there were two vibrant, perfectly arched double rainbows. It seemed this sight was meant for me. So quiet and serene with no one else around. A few nights later in Chenonceaux, we decided to take an after dinner walk. A block away from the Auberge de Bon Laboureur, we found a country road framed by wheat fields and vineyards. Looking up, there it was again, the double rainbow. Not quite as vivid as the first one but spectacular to behold. Quiet and serene because everyone was inside lingering over dinner.

We discovered that dusk often offered the most beautiful sky. In Collioure, each evening the angle of the sun cast a luminescent glow over the water with reflexions of Collioure‘s colorful buildings and rust colored roofs. Magnificent and fleeting. 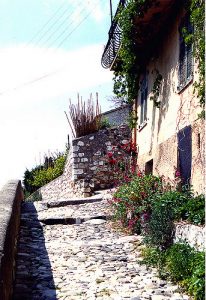 When I opened the upstairs window of the Auberge in Chenonceaux, even though the morning was grey, I saw four colourful hot air balloons drifting lazily across the sky. We took an early morning walk and ended up at the quaint local salon de thé. Two large café crèmes, two chaussons aux pommes and a croissant for 7.25€ plus old fashioned ambiance and sweet service. An elderly man entered, greeted us politely with “bonjour“, left with three baguettes tucked under his arm. He proceeded to strap these onto the back of his bicycle, then peddled down the quiet narrow street.

While paying the bill at Bastide Valmasque, a comfortable chambre d’hôte near Biot, I was presented with a fabric travel size laundry bag in a Provençal print, handmade by the owner. Every guest receives a practical and unique souvenir to remind them of their memorable stay.

The day of our anniversary in Gavarnie, the sky was grey, and clouds hid the cirque. We had planned to hike to the falls and began the hour long trek. Verdant fields filled with an array of windflowers entertained us along with the rushing Gave River. We reached our destination and ordered coffee at the outdoor cafe. As the server set down the cups, the clouds parted, the sun appeared, and we were blessed with a panoramic view of the entire cirque. Who could ask for more? 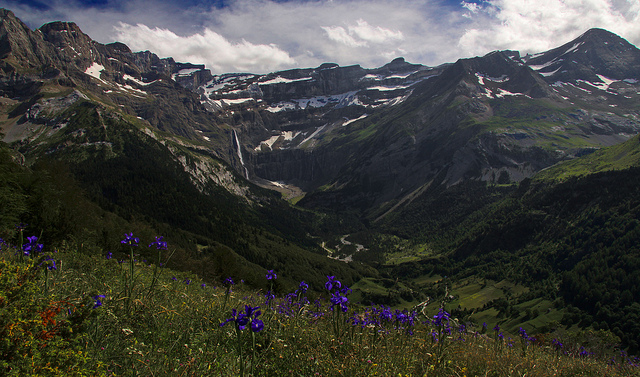 Simple unexpected pleasures of life are frequently the most brilliant. Home safe and sound now, I reflect on these Tender Moments that definitely created a subtle silver lining to our celebratory trip.

Want to visit The Dordogne? Join France Today on one of our luxury tours of Delightful Dordogne

Jo Anne Marquardt is the author of "My Trip Around the Hexagon: Meandering in France" and "Falling in Love with France", both available at Amazon.com. Her first published book, Falling in Love with France, offers responses to the various questions friends and family have asked her over the years about why she visits France so often. The second book includes illustrations and descriptive notes from her travel journals. Visit Jo Anne's website to check out her art.